I discovered Meramec Highlands Quarry Park by accident. I was looking through my Facebook page and noticed my neighbor had taken his kids to a park in town. I inquired with him further to understand. He explained where the park was and gave me some tips for getting around the park. 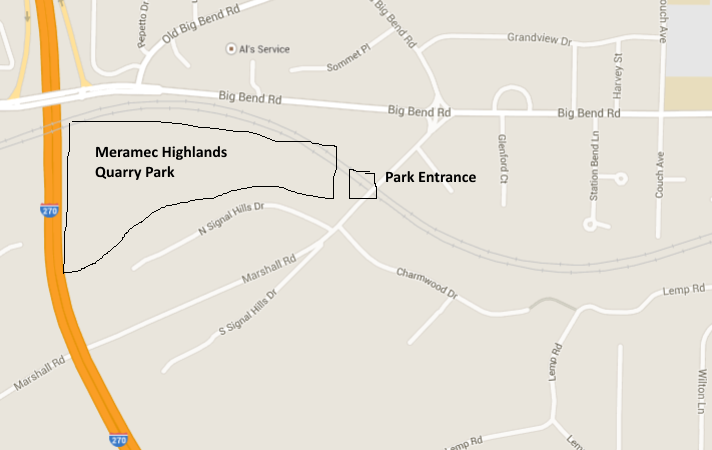 The map (thanks Google Maps) has some extra drawing from me to highlight where the park is. It doesn’t show up on the map, which is why it turns out to be a hidden gem. Take I-44 and get off an the Big Bend exit. Go west on Big Bend and make a left (south) on Marshall road. Note that Marshall is only on the south side. The park will be on the right side shortly.

At the park entrance, there is a small parking lot with a paved path that goes back. If you stay on the paved path, it is very hilly and will end up at a deck/overlook looking over the quarry. I had been to the park once before on my bicycle and didn’t think much of it, leaving quickly when the path didn’t go anywhere.

The real trick to this park is to find the trails that go through it. When walking in, we were told to look at the bottom of the hill on the left of the trail. There we saw a small way down into the creek. We climbed down to the creek and quickly found a trail on the south side of the creek. That trail wandered nicely through the park. Most important to the kids was at the end of the trail where the park meets I-270, it gets very interesting. There are large boulders from the quarry work that was done that are fun for kids to climb on. This in an incredible urban retreat. 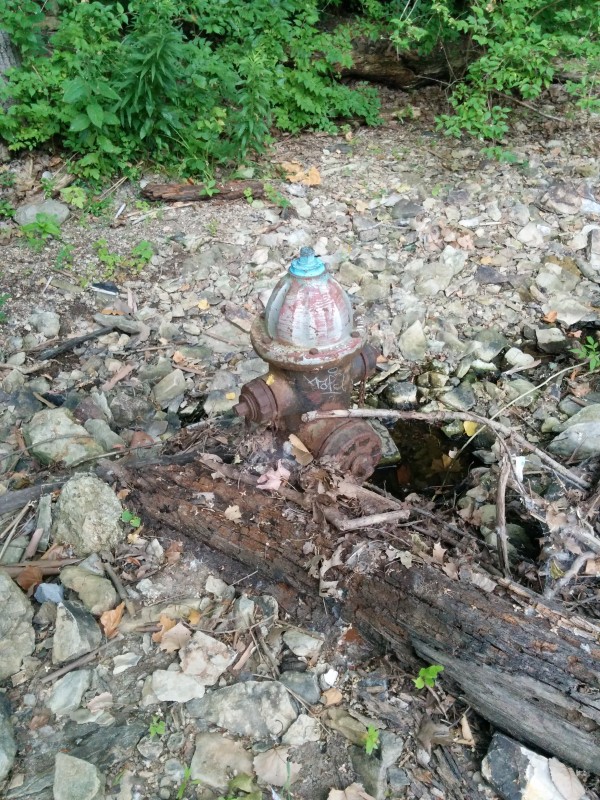 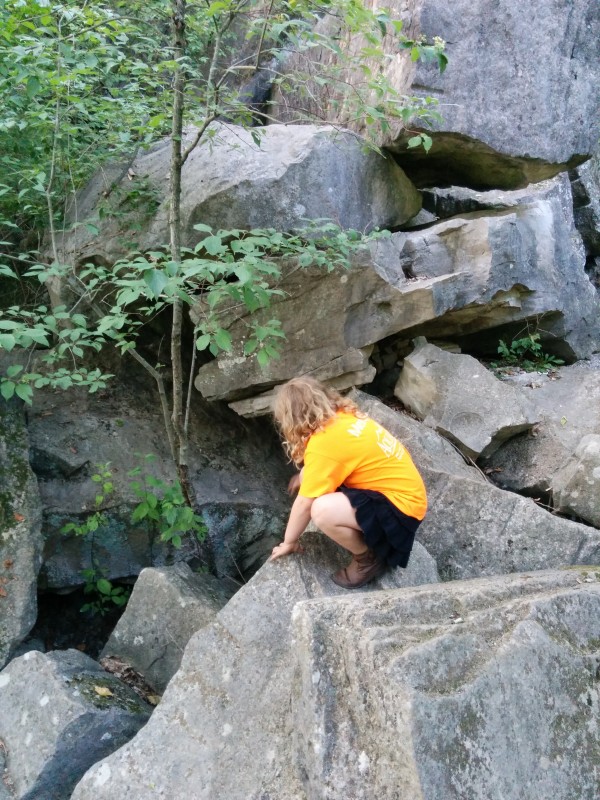 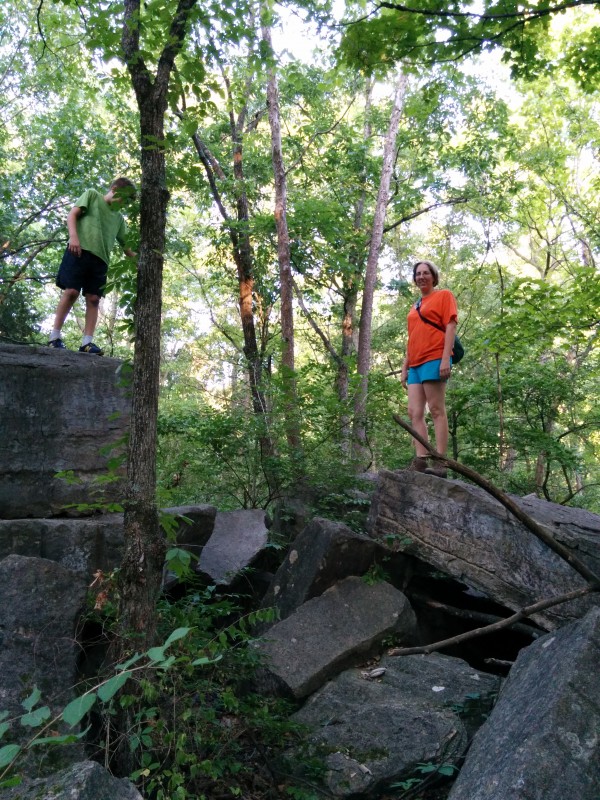