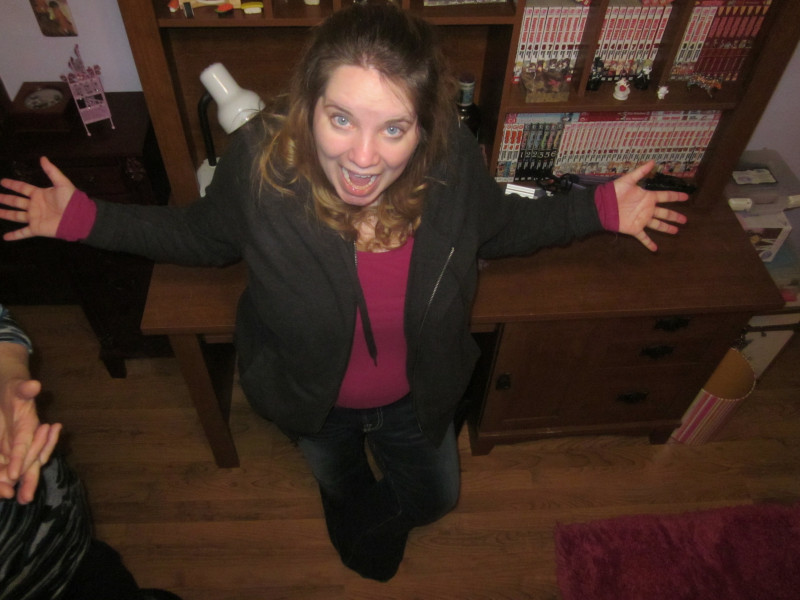 We decided to make another trip to Kansas City to see Holly. It was the last time we were going to see her pregnant before she gave birth. She was happy and just about as normal as a person can be. We could tell that she was very happy!

The kids always like visiting because they love my parents dog, Peaches. Okay, so I might like playing with the dog as well, but Sonora took the spotlight this time playing in the back yard. We had to warn Sonora to be gentle, but Peaches didn’t seem to mind one bit! 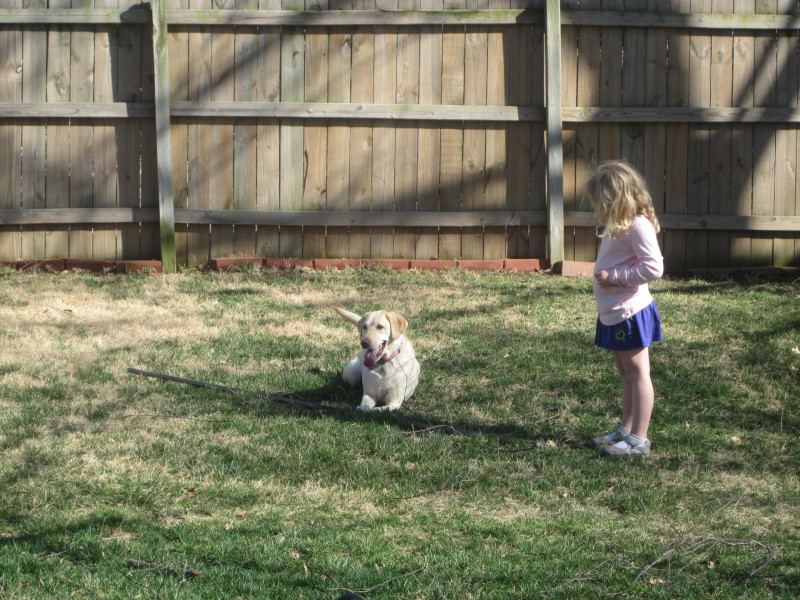 If there is one thing I have going for myself in life, its great luck. While we were in town, the Big 12 championship for basketball was going on. KU lost in the semi-final round and many people there were quite disappointed. KU and MU were most likely to play in the final as they both had great ball teams this year. Add this to the fact that MU is changing conferences, this was supposed to be the final showdown between the two teams. With the KU loss, many ticket holders didn’t care about the final game and gave their tickets away. I was lucky enough to be a beneficiary of said unwanted seats. To my benefit, they were box seats in the Sprint Center! I had some of the best seats in the house with food and beer! What more could a sports fan want? 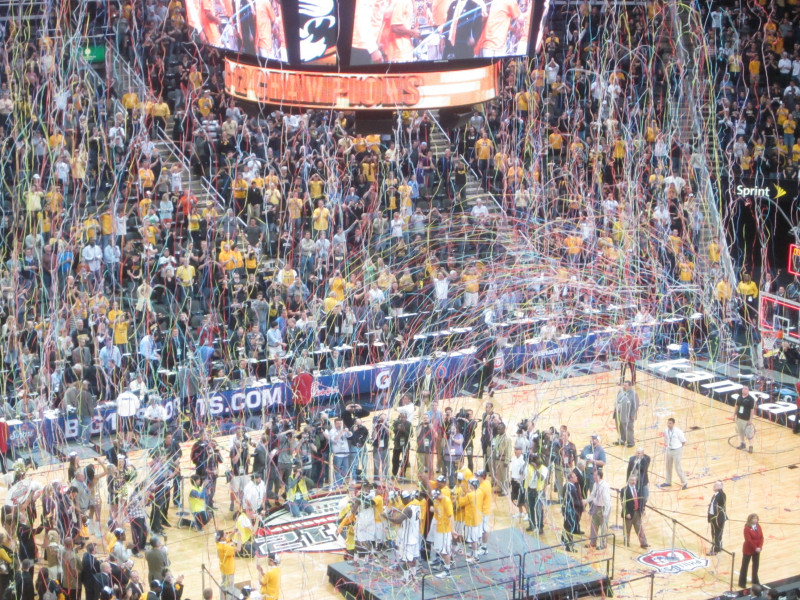 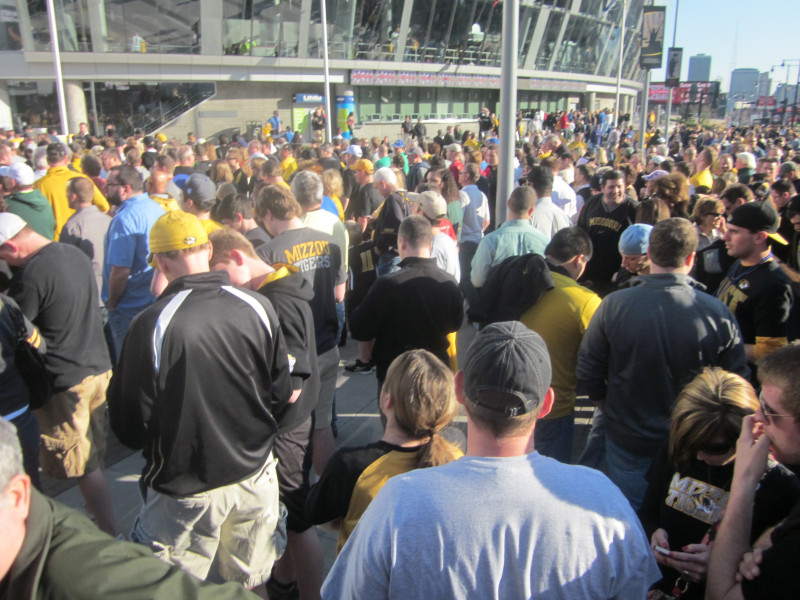 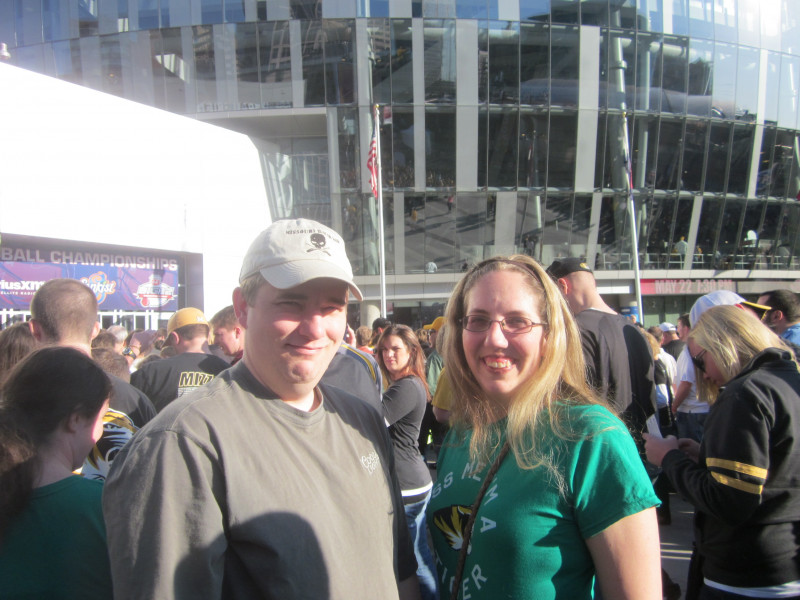 A special thanks to Stan for the tickets!