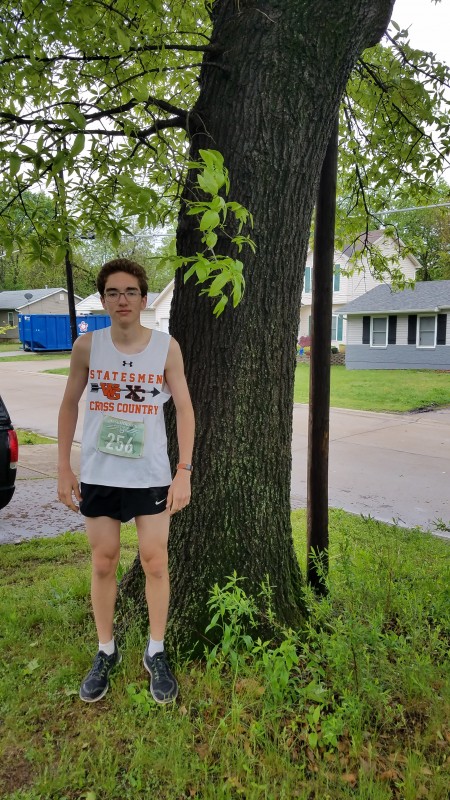 Corvin signed up for the Jim Shamel 5k. Danelle was heading out of town that morning so it was just Corvin and myself. We got there early to get his registration packet and the lay of the race. Once I scouted out the race course, I realized it was very close to our house and Danelle could probably see him near the start. I texted her a map of where to stand and she agreed. This would be a surprise for Corvin. 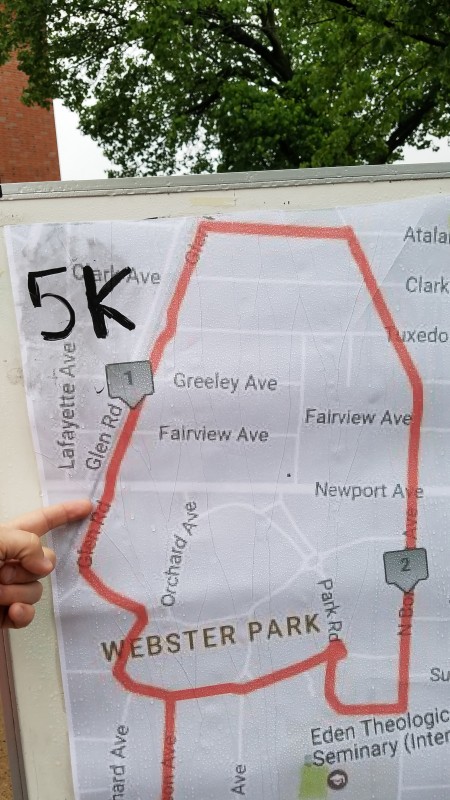 He warmed up with his Webster Groves HS cross country teammates. I hung out and looked after the starting line madness, trying to stay dry. 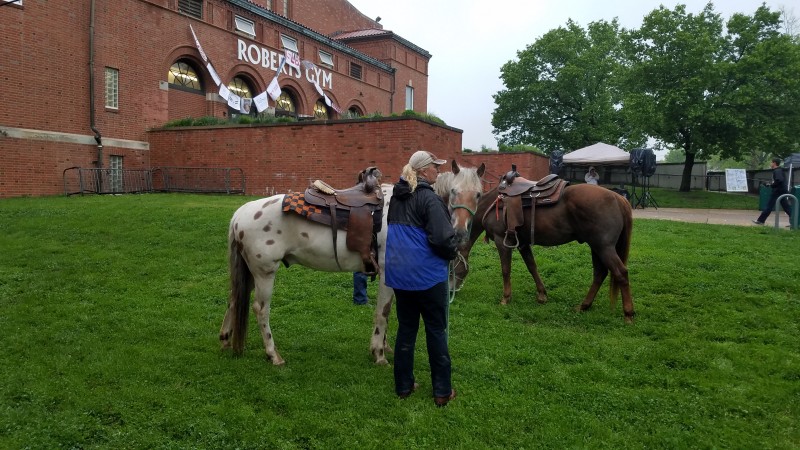 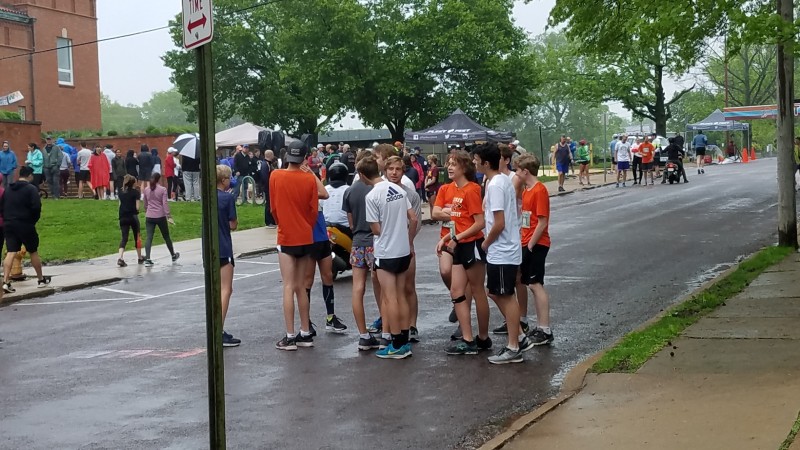 By the time the racers were coming back near the finish of the race, Corvin was in second place overall. Talk about making a father proud!

He ended up finishing  with a 18:44 time which was his best time ever for a race!