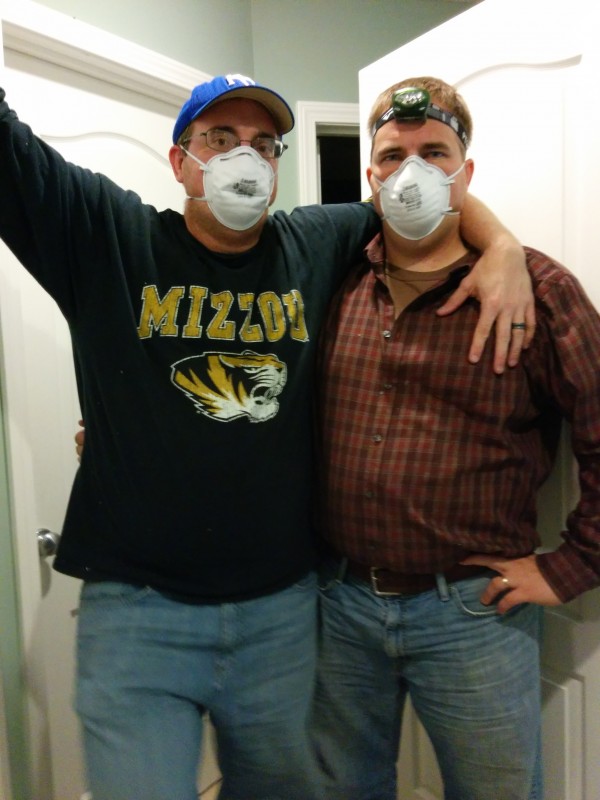 Corvin and I decided to participate in the Kawllowleen canoe and kayak race. Its a nice 11 mile race mostly on the Kansas  River near Kansas City. Having family in town helps  for shuttling cars before a race. My parents were not in town, but Hiatt was going to be in town.

Hiatt needed some work done in his attic and I volunteered to help if he would shuttle my van before the race. The timing for both of us worked out and our agreement was set.

Corvin and I drove into town on Saturday morning as Friday night was Halloween. We drove slow as it was windy and the boat was shifting around if we went much faster. We got into town and went straight to Hiatt’s house. We got settled and hung out having pizza for dinner. Corvin and Rylan played and Hiatt and I got to work.

It took us two trips up to the attic. The first one was to see what the issue was. Of course the pipe was worse off than mere duct tape was going to fix and we were coughing from the insulation, so we made a trip to the hardware store for supplies. 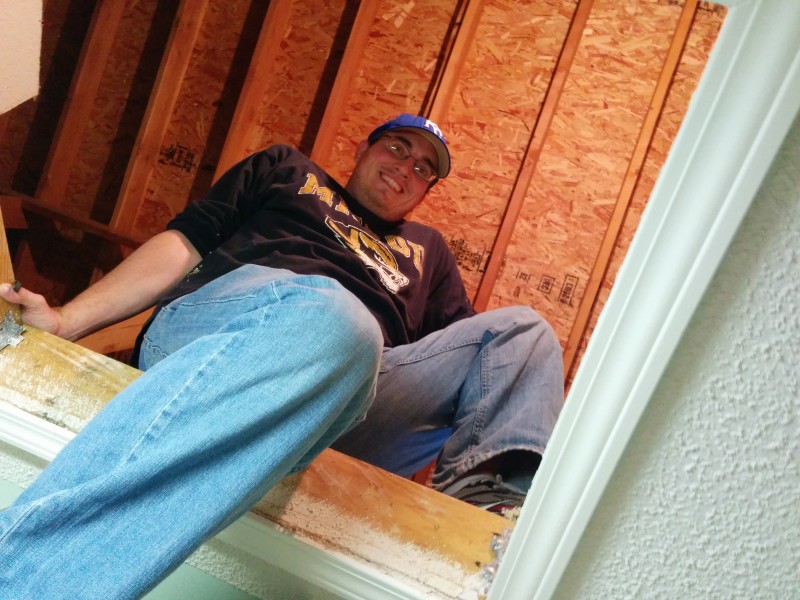 I should mention here that the space where the pipe to correct was was extremely small. Hiatt took one look and said never mind. He was a bit claustrophobic… Not to let our recon of the issue go to waste, I told him I would crawl back there. 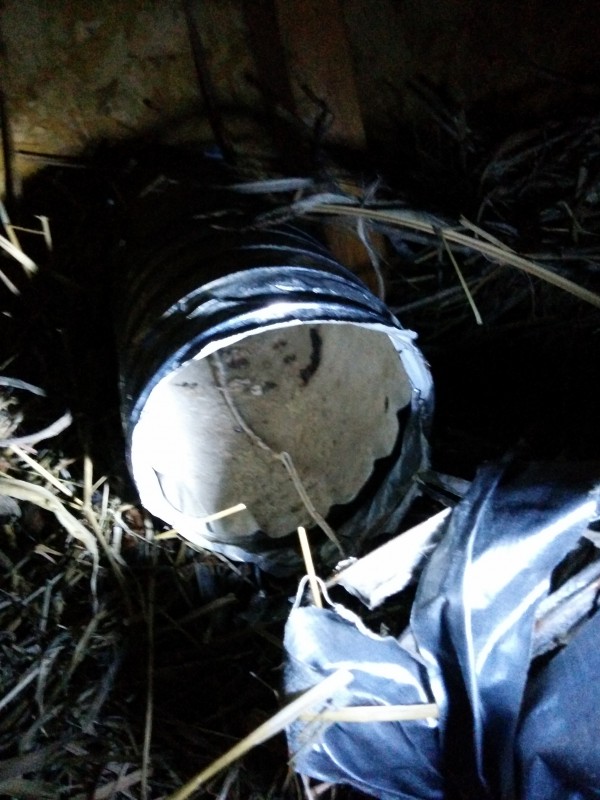 Here is a view of the nasty pipe. Birds got in from the outside and nested in it. I won’t speak of the smell or stuff that I pulled out of it, but I never want to do it again!

This is after we have finished the job.

I did research at night to understand the ramps for the start and end of the race. I’m glad I did this as the GPS of our phones did not lead us to the correct locations… After things were all set up, this is a short movie Hiatt took of Corvin and I getting ready to start the race.

The race went great. The Kansas River is a hidden gem in its natural beauty. its much harder to navigate as it isn’t channelized, but we made the most and had a great time. Corvin wants to know if there is a shorter race we can do next time 🙂