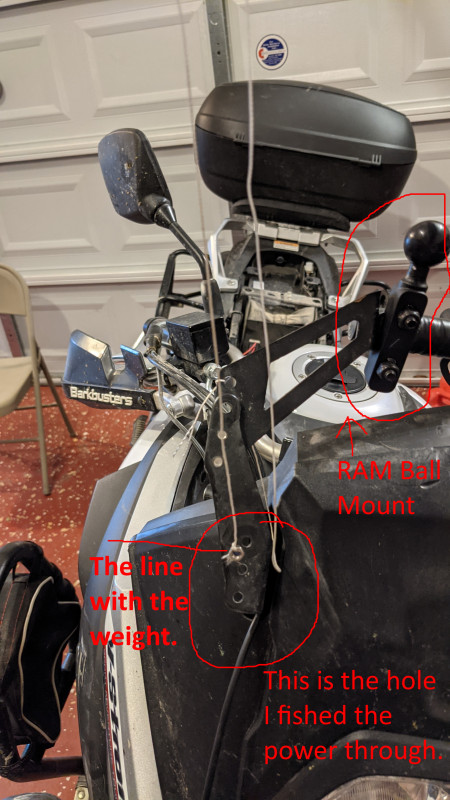 I purchased a Garmin Zumo 396 for my 2017 V-Strom 650 motorcycle. This motorcycle specific GPS will help me navigate and get to more interesting places. I’ll need to spend more time to better use it. But first I need to get it installed. I decided to put it on my navigation bar that is just above my dash. My thought is that I can look at the GPS screen and still have my eyes very near the road.

This is my navigation bar before the install. On the left is a RAM mount with an X Grip on it. On the right is a GPS specific mount for an old handheld unit that didn’t work so well. The RAM mount often rotates when in use and is annoying due to the weight of my phone. 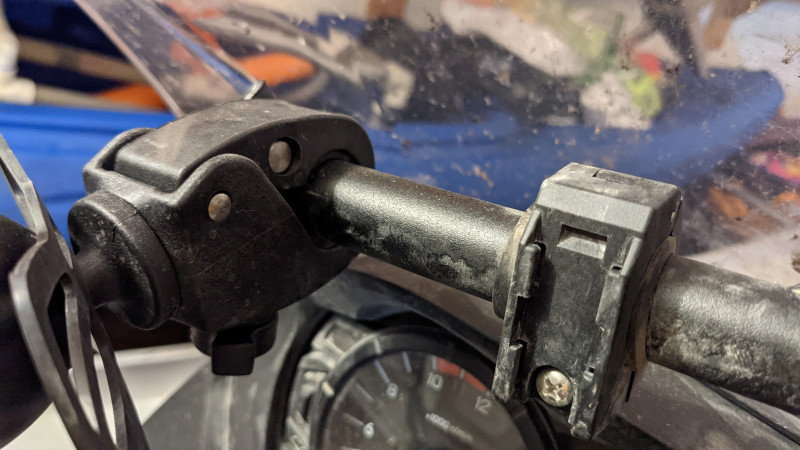 I started by taking my windshield off and putting electrical tape around the bar to give the mount grip and help prevent it from twisting down out of view. I got this advice from a forum and it seemed the least drastic approach. Initially I was thinking of gluing (liquid nails) a nail on to give it something to hold on. Spoiler alert, the electrical tape worked and was super easy! 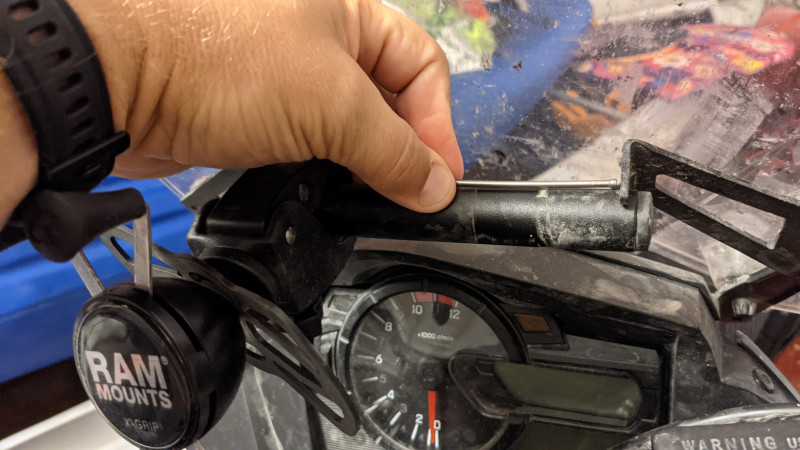 I put the ram ball on, but then needed to get the power wire down so the wire was out of the way. I ended up taking a string and tying a washer to it. Then repeatedly dropping it down a hole till it went through the correct path.  Once the string was down, I tied the GPS power cable to the string and pulled it back up. I ended up needing some needle nose pliers to help align it to pull through, but this meant that I didn’t have to take the bike very far apart to run the wire!

On the other side near the handle bars, here is the power wire for the GPS coming out the bottom of the dash. 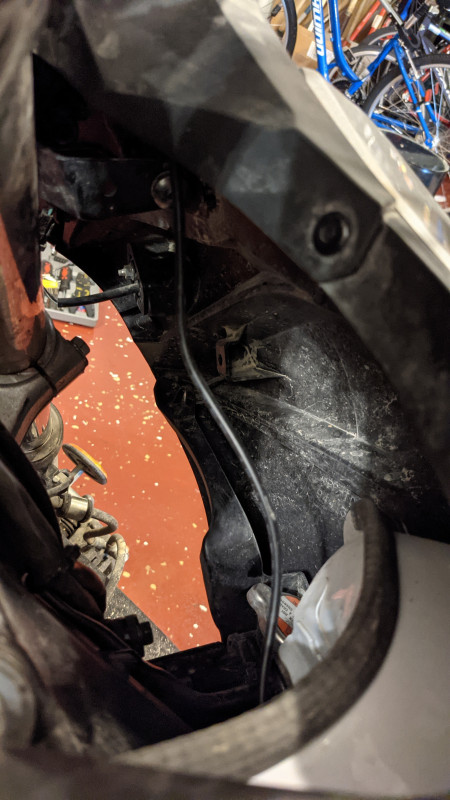 The power wire has a build in fuse to protect it. so I only had to connect directly to the power and I was good to go! 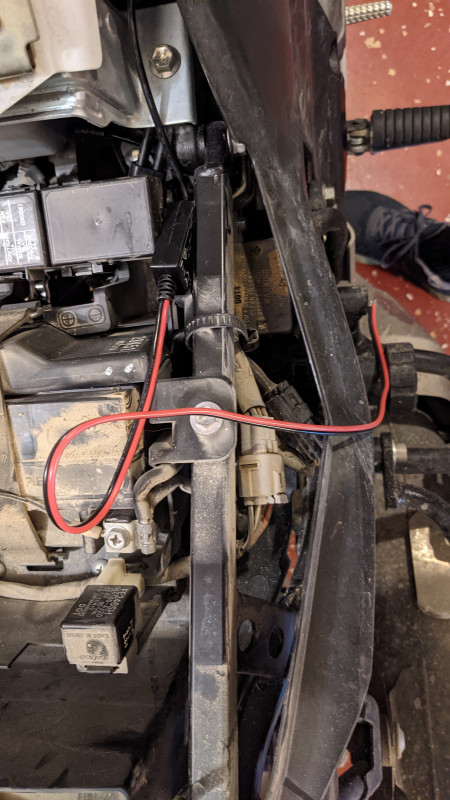 Yeah, its not recommended to connect anything directly to the battery without a switch. The GPS could drain the battery on the bike. However, I’m more likely to put it away if I’ll be away from the bike to prevent somebody from stealing it. I’m not too concerned and have yet to kill the battery from it.

Overall it was an easier install than expected and I’m glad to have the extra navigation help!