Each year, the city of Webster Groves hosts a very nice family friendly parade to help celebrate our nation’s independence. Last year, we made our own float for the River Des Peres Watershead Coalition. But over the winter, we sold the boat that had the trailer we used for the float. This year we decided not to create our own float. But that didn’t stop Corvin and I from participating in the parade. The Cub Scouts have their own walking float. They are supposed to ride bikes and help promote the pack. Of course I’m not one to do something easy, so we decided to participate. Corvin rode his bike for a little over half the route while I rode my unicycle. 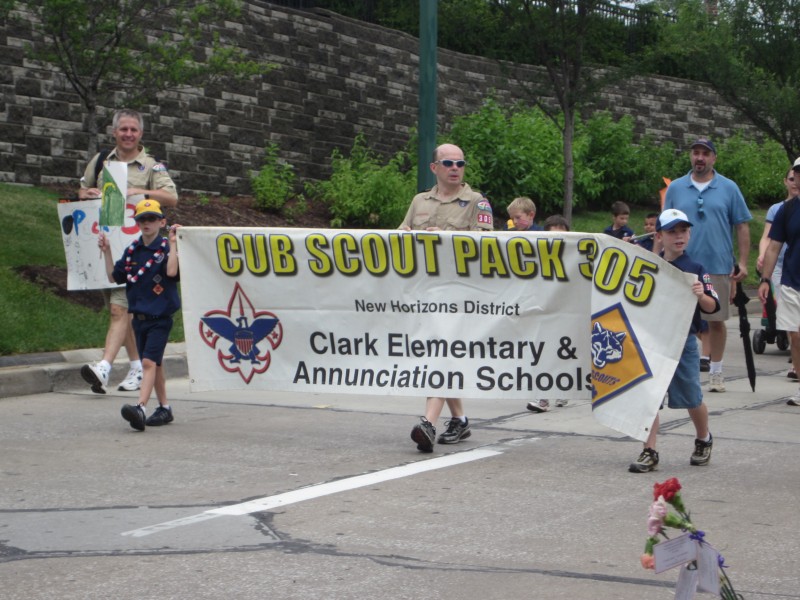 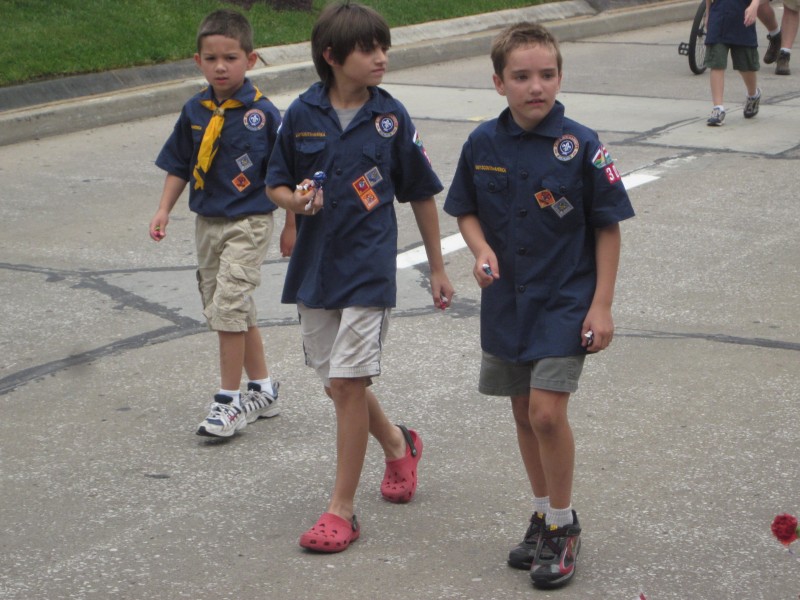 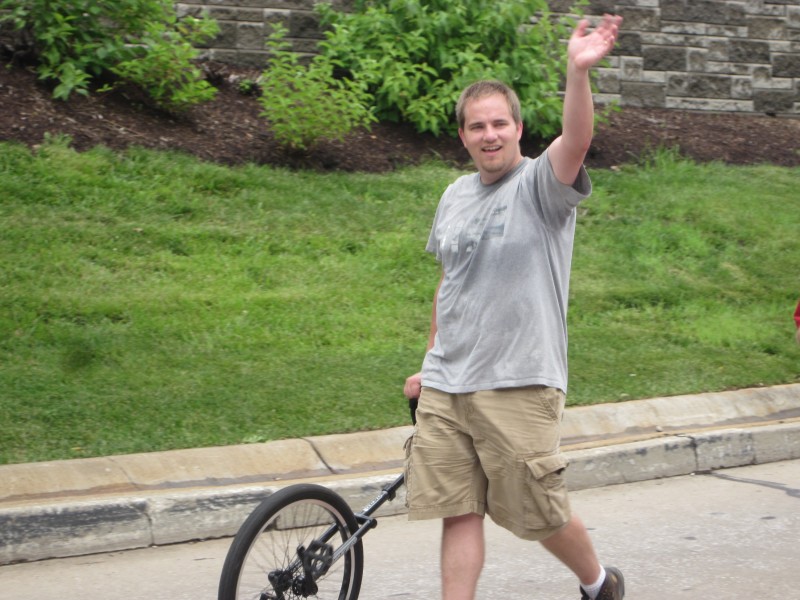 Looking at the photos now, I look like a total sweaty disgusting dork, but it was fun for me. I need to practice if I do it again as I was very exhausted at the end of the route. Near the last turn of the parade, on of the pedals broke off my unicycle from the abuse I was giving it. Overall it was a good time.