Today we head to the Magic Kingdom. If you speak of a Florida vacation, you are likely talking about Disney World. So we headed out the slow way to avoid tolls. It didn’t take long before we found what we were looking for! 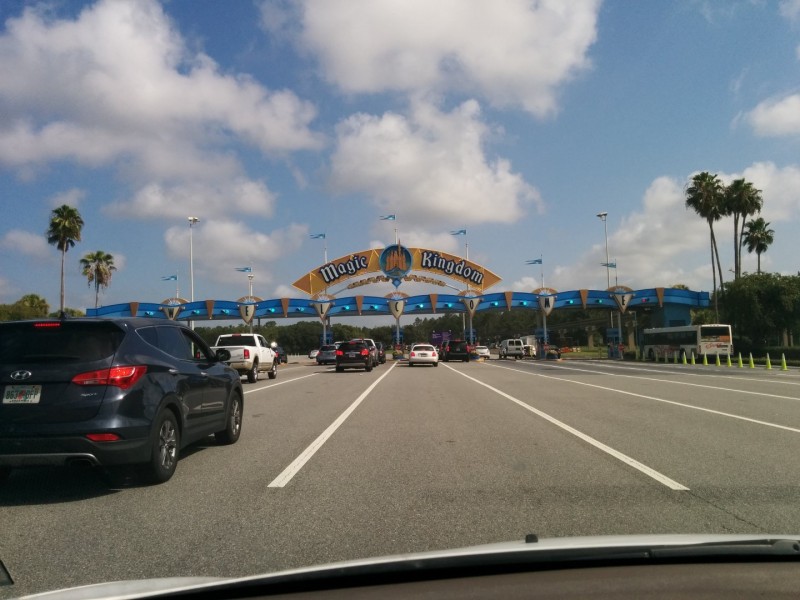 We paid to park (cause it isn’t expensive enough to get in the park…) and went to our assigned space. This is when the fun began. When we got out of the van, we walked over to the tram loading area for a ride into the park. From here, there was an electric atmosphere. When the tram pulled up and we were allowed to load, it was every person for themselves. There was pushing and general rudeness.This put us off right off the bat. We got loaded into the second tram that came by shortly after the first, but it didn’t bode well for what we would experience in the park.

We were lucky to have somebody working for the park take our family photo shortly after we got into the park. 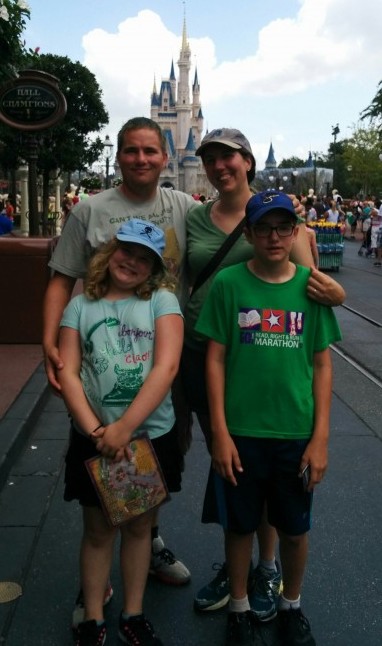 We rode the carousel first, but don’t worry, I won’t provide a ride by ride review. 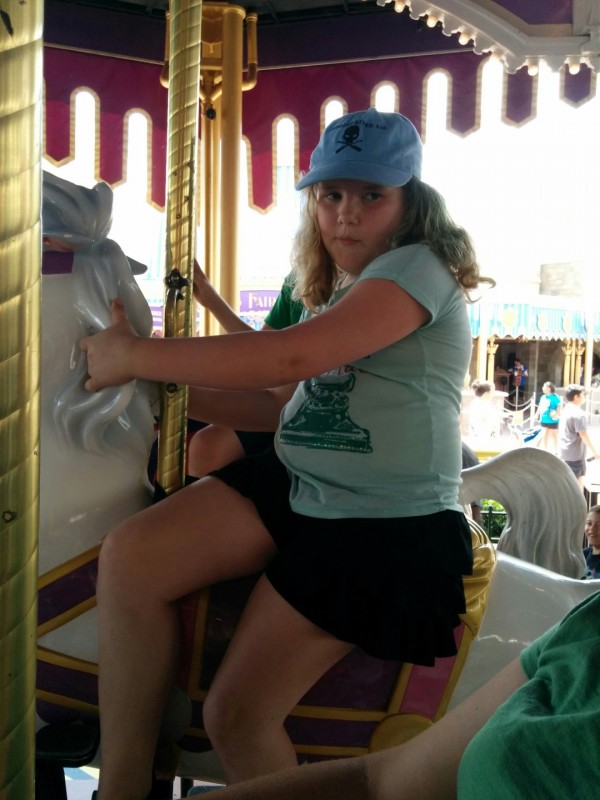 Needless to say, the park was very crowded. They have something called “Fast Pass”, but we were not quite sure how to use it. We downloaded the Android app, but it didn’t work. It was frustrating and it felt like we were not getting our money’s worth.  Eventually we were talking about it in line and somebody else heard us and we looked again with them and it was working, so we set up our two Fast Pass rides for later.

We didn’t want to have too many meals in the park. We had lunch, but later we spring for two funnel cakes. Needless to say, Corvin likes them… 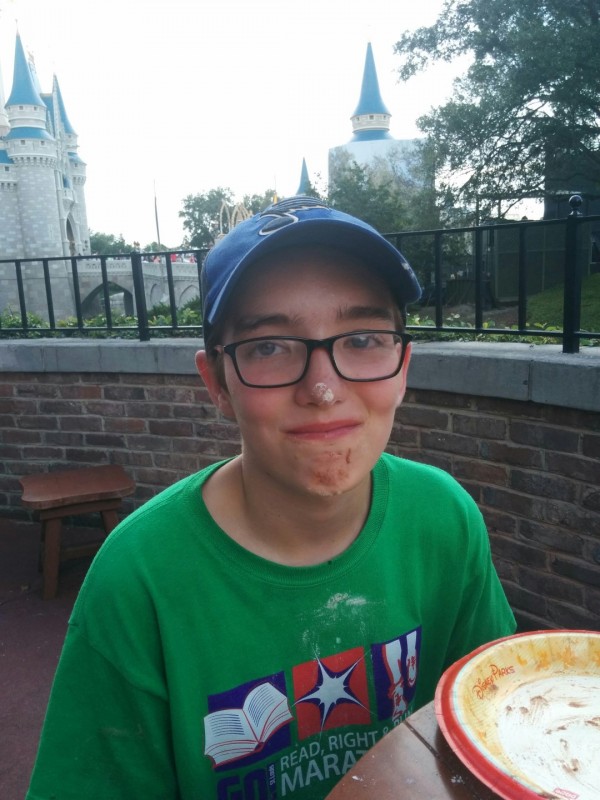 Sonora enjoyed posing near the castle! 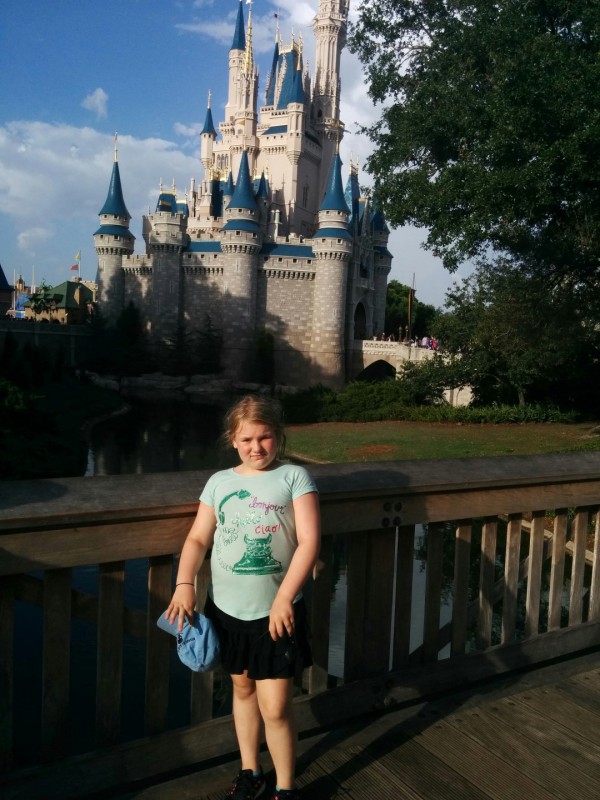 The park was a good time, but we spent most of our time in line waiting. Most lines for rides were over an hour wait. While its fun to say you’ve been, don’t go if you want to ride lots of rides!

The best part of the whole day was when it got dark. The Main Street Electrical Parade was nice. It would have been great if they had some sort of tiered seating to see it better. We saw what we could. 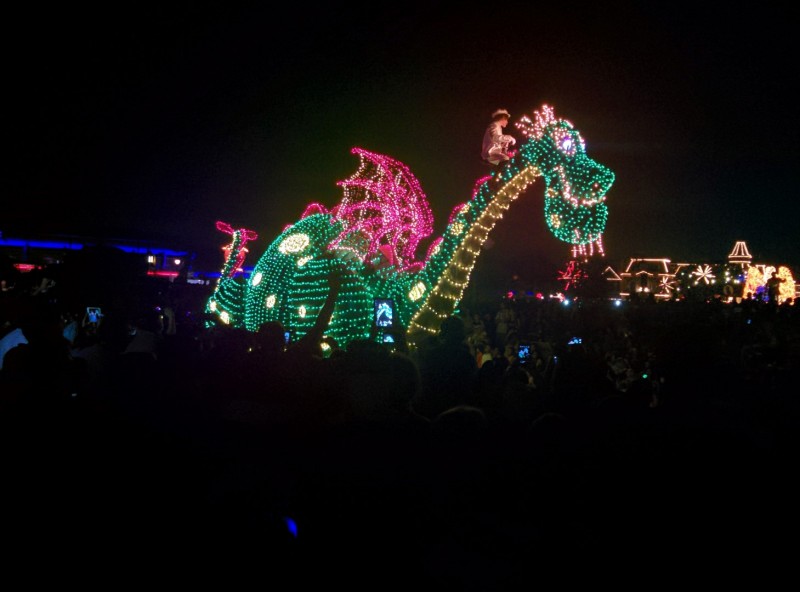 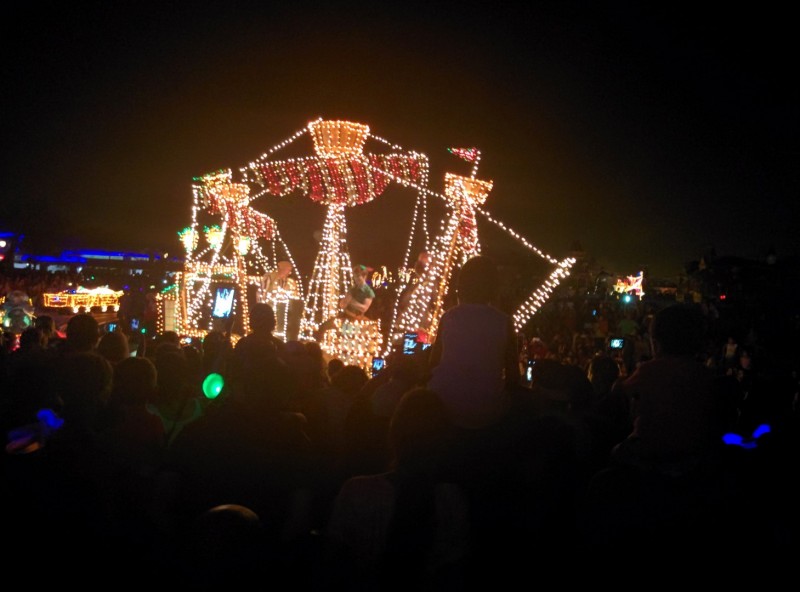 And after the parade, there was a presentation at the castle. The kids wanted to move back and I’m glad that we did. The music was very loud several rows back. They projected onto the castle a film showing the generations of Disney characters. I didn’t originally think it would look that good against the backdrop of the castle, but it was visually stunning! Then the followed up with a long fireworks display. 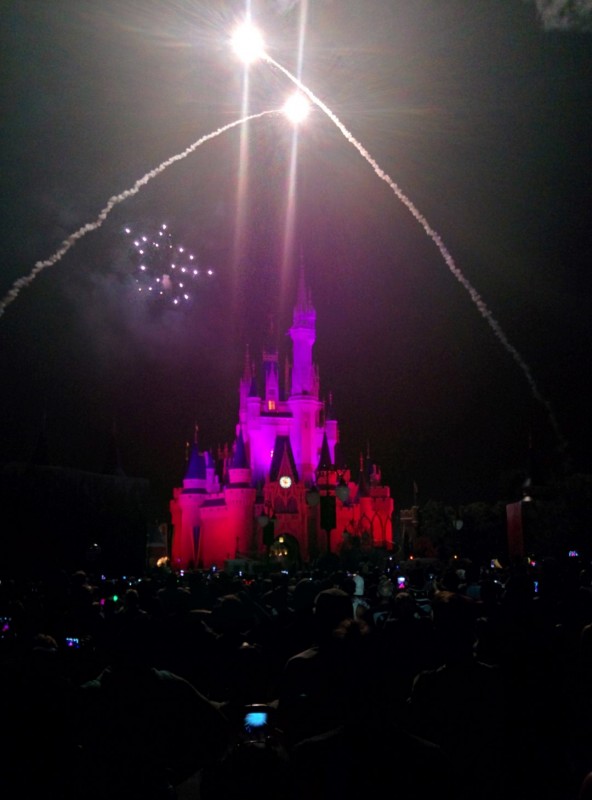 It was a fun day, but we were tired and ready to head back! 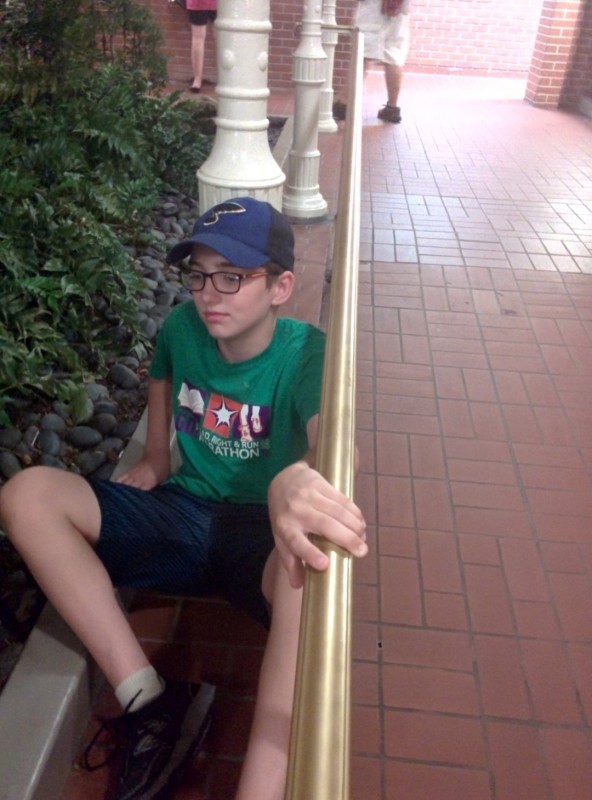 I was surprised at the quality of the water fountains. They had little to no pressure at any of them. In addition, when you could get water out, it had a foul flavor. I believe it may be this way on purpose to drive sales of drinks. It was quite disappointing. Water elsewhere in Orlando was not like this.