Our goal today was to finish the drive with a pit stop in Savannah, Georgia. We wanted to make sure we got out of the car to do something at least once a day instead of a long boring drive. We’ve heard about the beauty of the city of Savannah and wanted to see what it was all about. We were directed towards the downtown near the river. We got there and I wanted to get out and get a feel for the city. However, there was little parking and Danelle wasn’t interested. 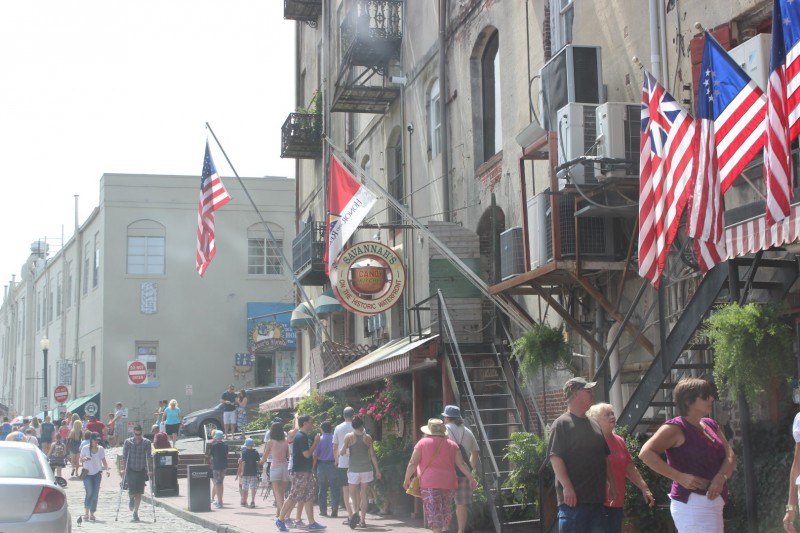 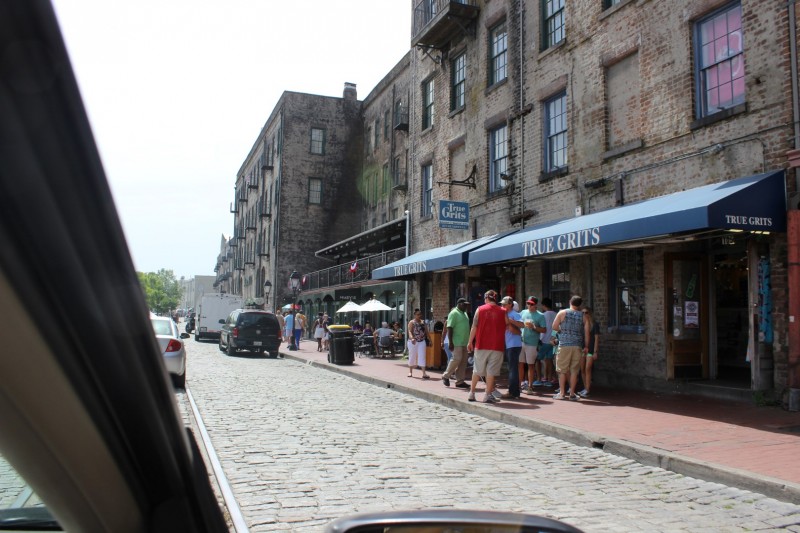 I was disappointed with her not wanting to get out, but it wasn’t worth arguing. After driving around a bit more, we drove across the large bridge that spanned the riverfront for perspective. 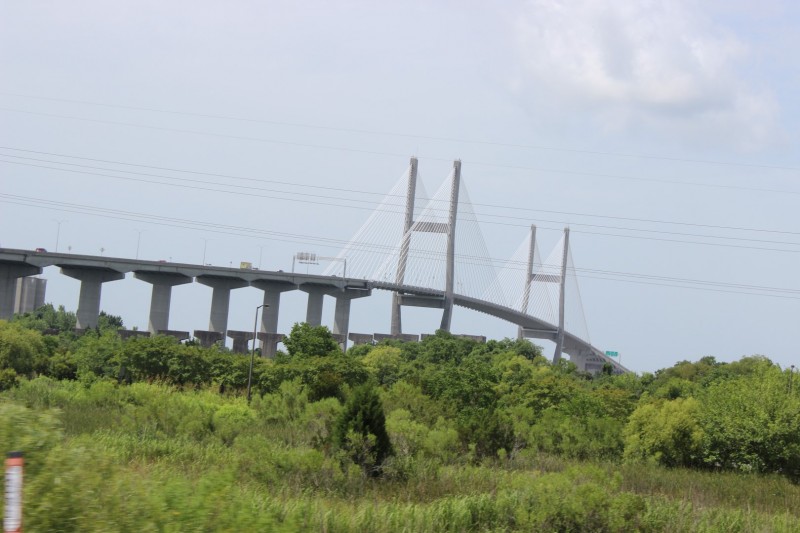 The view from on top was great, but we were still in the car. After driving around a bit more and a stop for pizza lunch, we continued on. 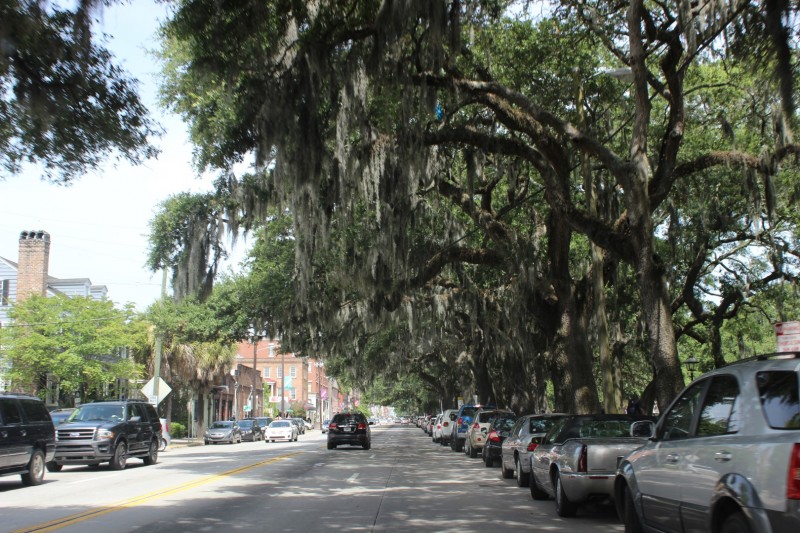 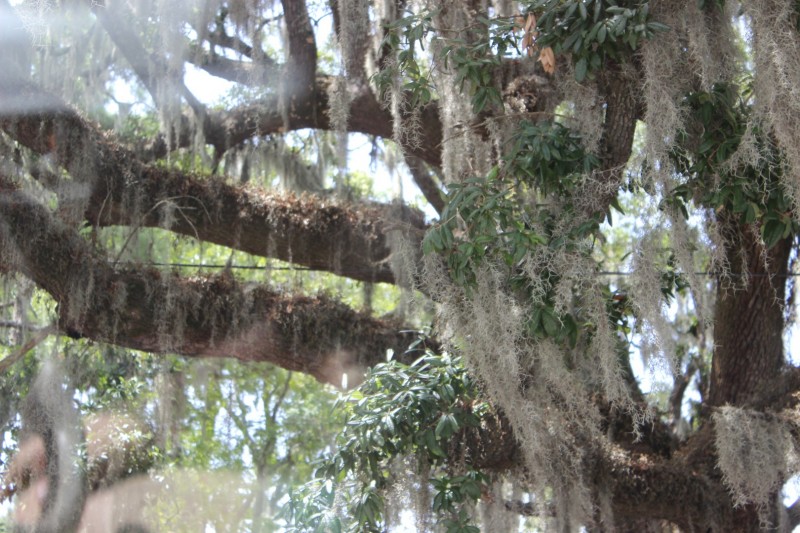 After stopping in the trolley headquarters that takes tourists all over town for a bunch of money, we set our sights on Tybee Lighthouse. It was built three different times, but the third one from 1773 is still standing and was what we were going to tour! 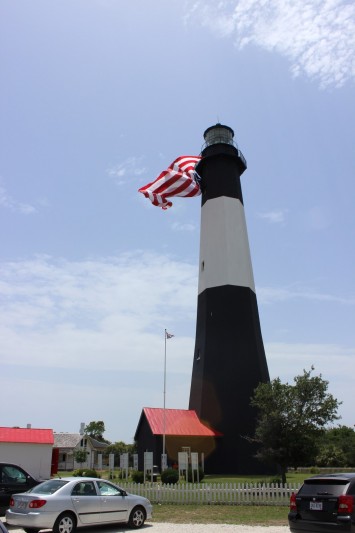 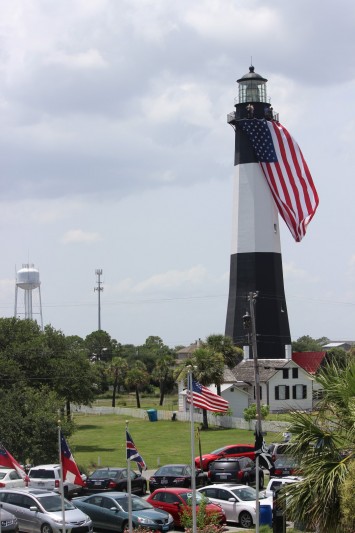 It was quite fitting to see a huge United States flag hanging from the tower on Independence Day! We all made the rounds through the different things, but most looked forward to climbing to the  top. Well, except for Sonora, she was a bit scared of the circular steps and falling, so she took a bit longer going up and down. 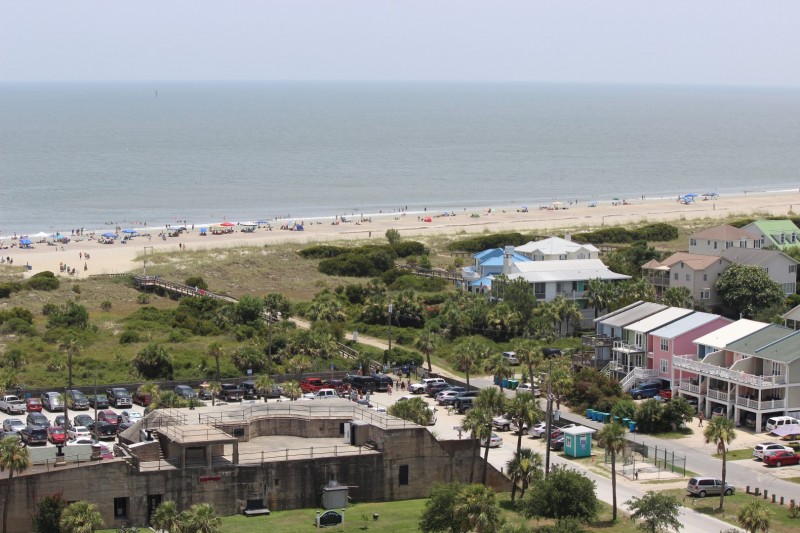 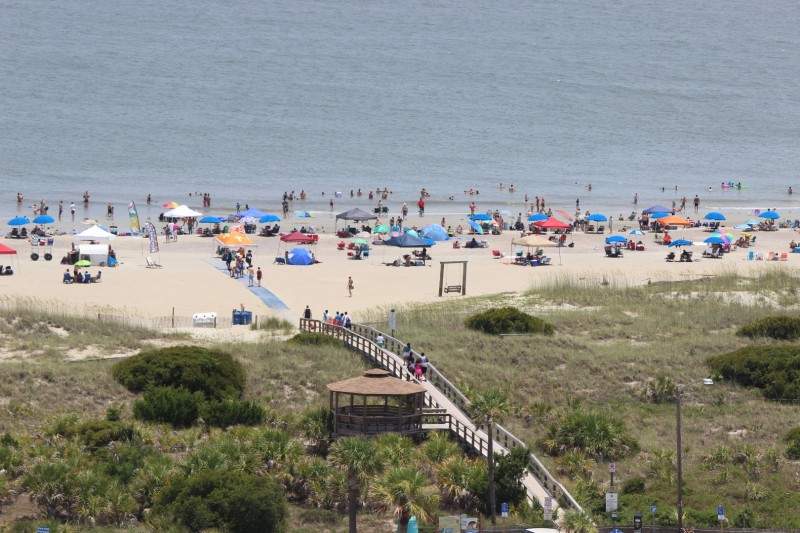 And the view from the top did not disappoint! After coming down, there was an old battery we visited near the ocean that was used to protect the land. And once the kids got into the ocean, they were hooked and wanted to stay all day, getting more excited about the idea of our vacation! 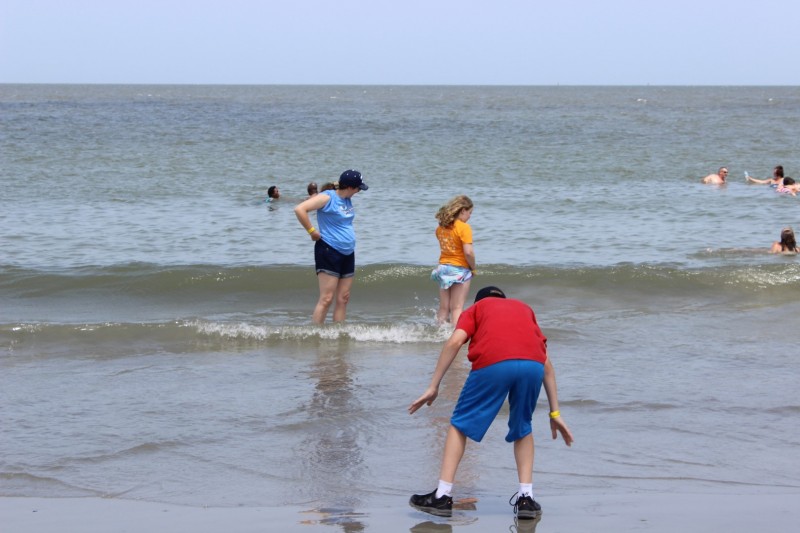 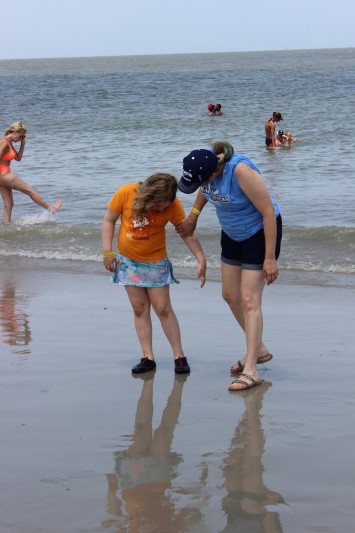 We explained that our hotel would be 2 blocks away from the ocean in Florida and they were ready! Lucky for us, somebody stopped to help with our family photo! 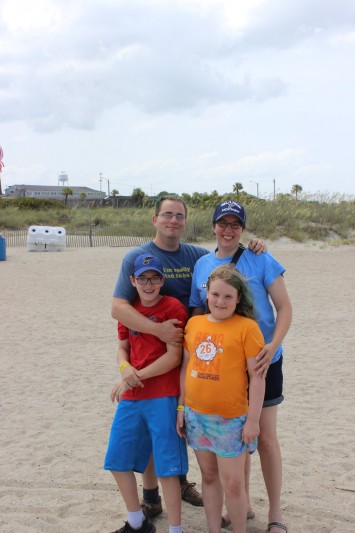 A quick note here, it must be hotter in the south than I realize. There were machines everywhere for dispensing large quantities of ice! 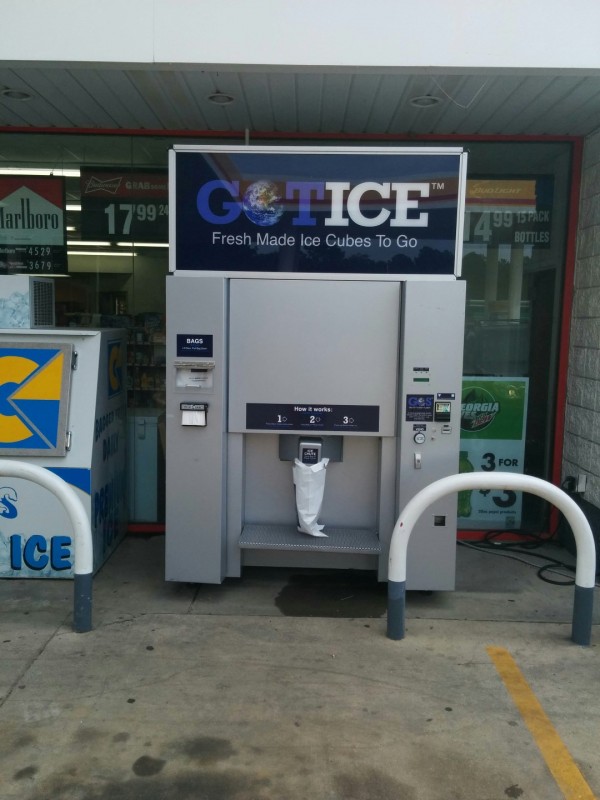 When we got to the hotel, Sonora and I went back out to check out fireworks! We had a great time together talking, watching, and eating peaches. 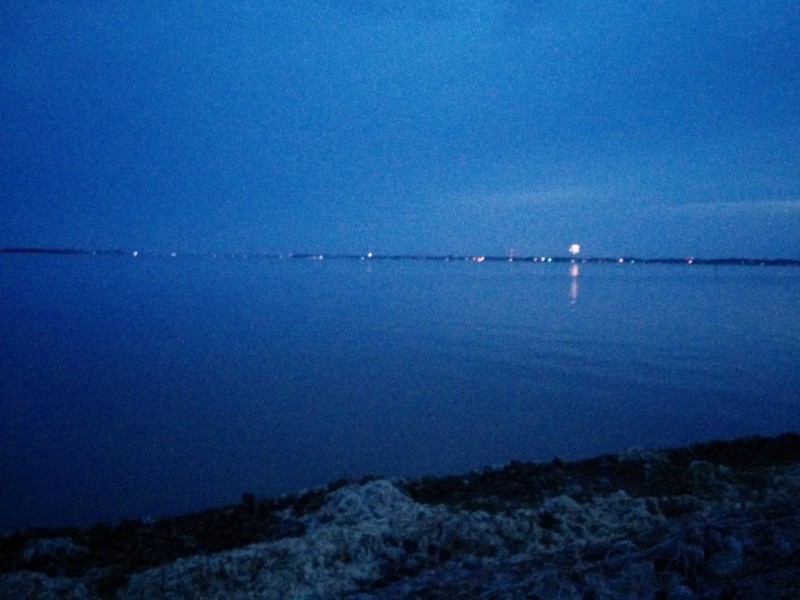