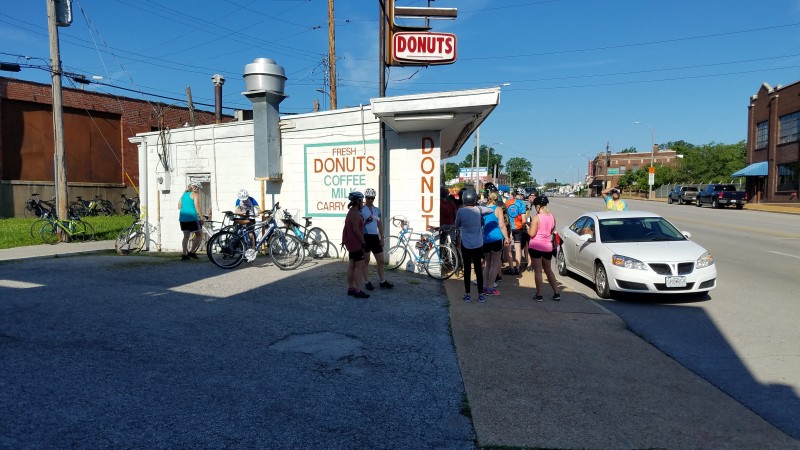 I saw an event online that I just didn’t want to pass up. It was an organized Donut Ride. The plan was pretty simple. Bicycle approximately 14 miles and visit 5 different donut shops. We had plans for later in the day, so we were going to visit the first 3 donut shops, then turn tail and head back. We were headed to Kansas City to pick up Sonora after the ride. This also made our ride about 5 miles total! 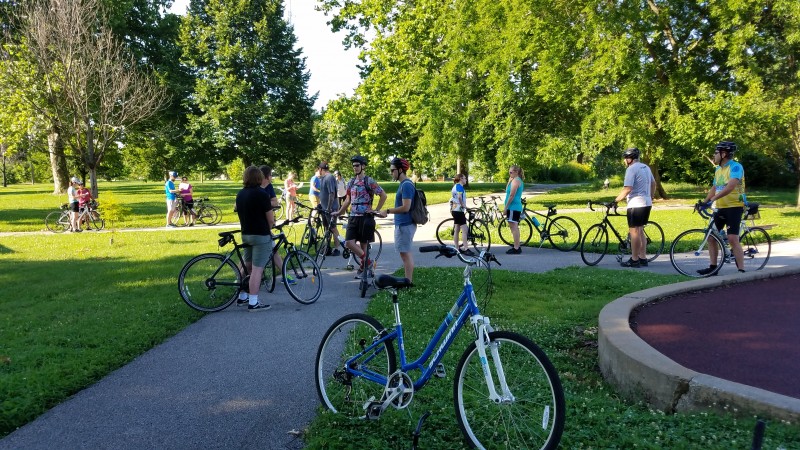 We had Danelle and Corvin on their bicycles. I was riding the 36″ unicycle for the first half of the trip. 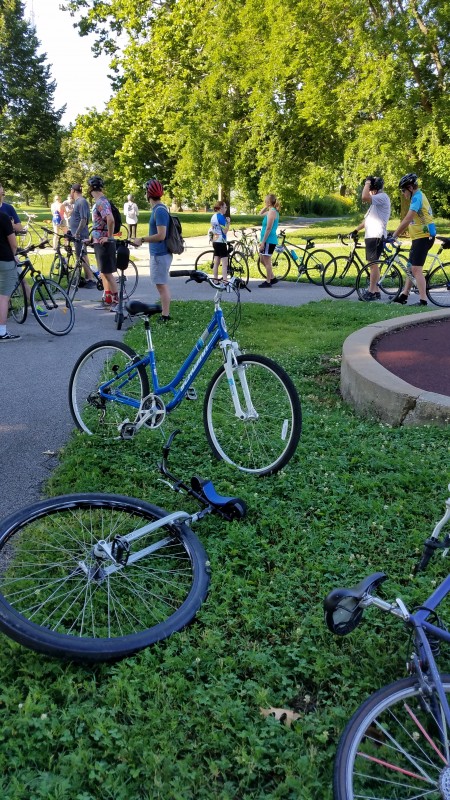 One of the great things about this ride was the people riding. They mentioned before we started that we should have cash ready and consider sharing. At the first donut shop, somebody came out with a box and offered donuts to anybody that wanted one. We of course returned the favor at the next shop. 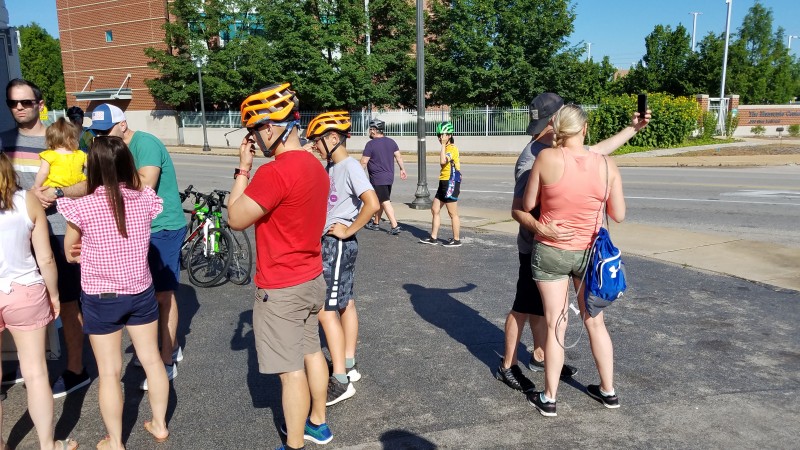 I’m not as good as I should be riding the 36″ unicycle and it took a bit to mount. When we got to the third donut shop (our last), we got our own donut as we were earlier than most of the crowd. 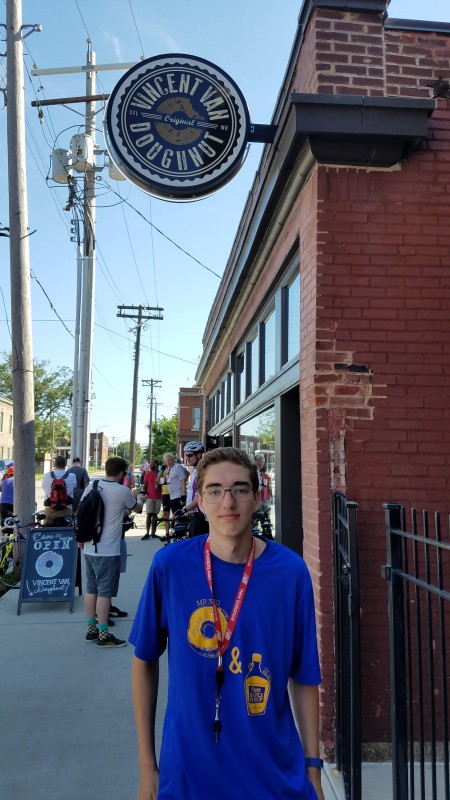 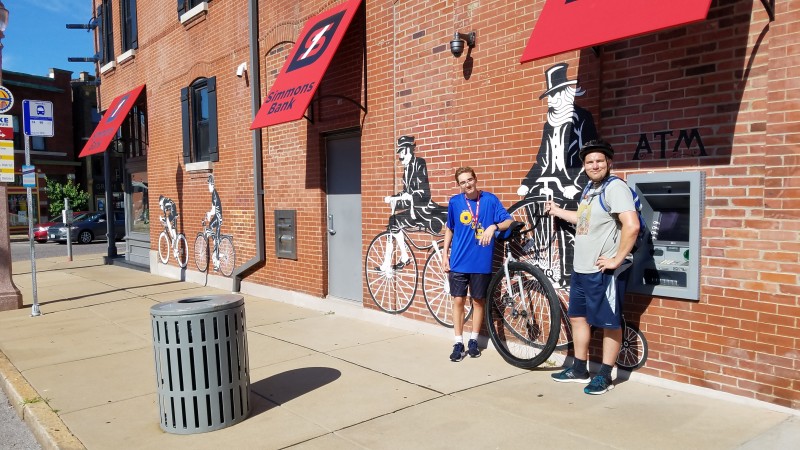 After we left to head back, Corvin and I switched with him uni-cycling and me riding his bike. Corvin makes me look like a beginner with as strong of a rider as he is. It was a fun event to spend our morning doing and get some exercise. I never though I would say this, but after three donuts in less than an hour, I was stuffed and ready to head home!