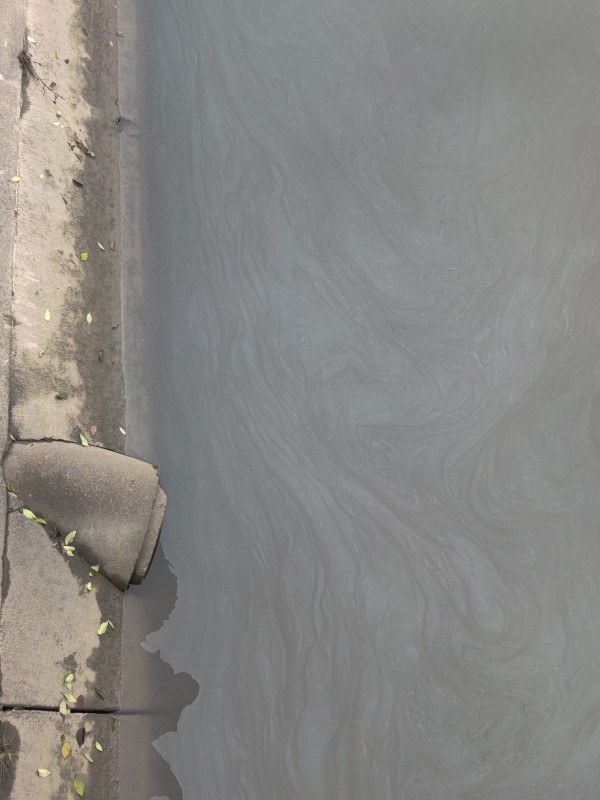 This has been going on for about a month. Danelle and I were taking a walk and noticed that there was an oily film on the water in the creek. On our first walk, we followed upstream for a rather long walk and found the source of the pollution. It was reported to MSD and Missouri DNR. We continued walking and looking at the creek and reporting the oil. All told, it took nearly a month for the source of the pollution to be stopped. Danelle likely has more to say, but I’m glad our persistence paid off getting it cleaned up. 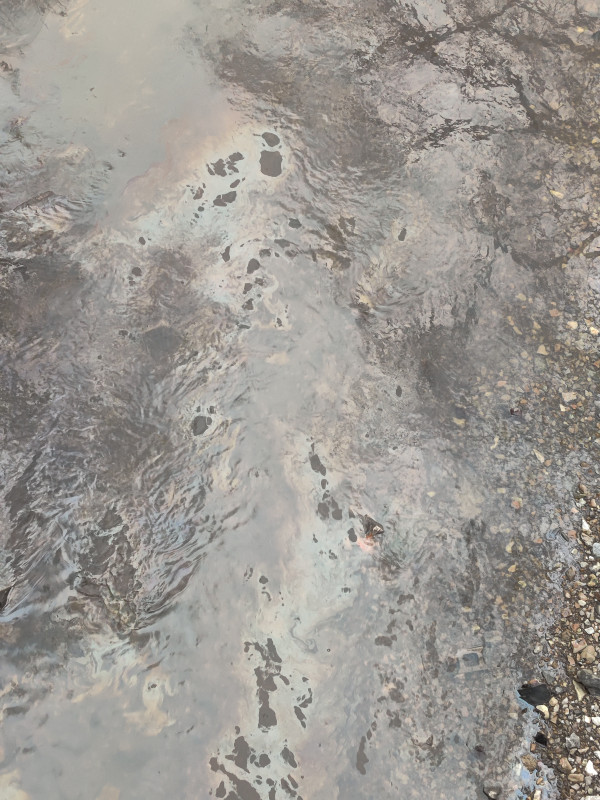 Here is where it was coming into the creek. These booms were totally ineffective. 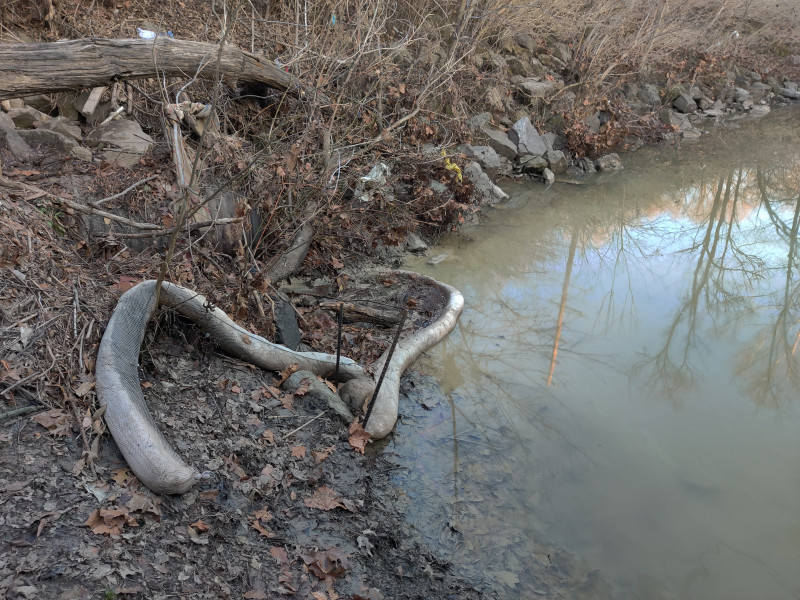 Glad this isn’t my home. 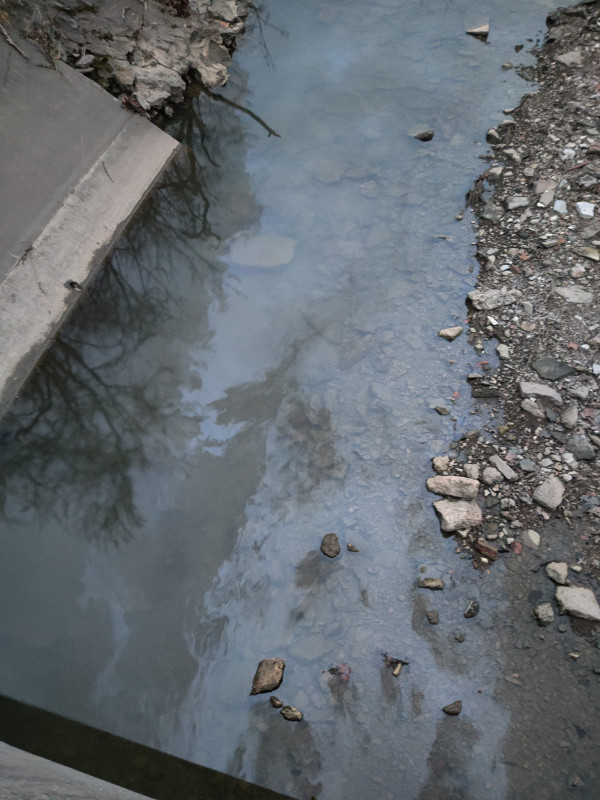 Map of where we found it. It may not look like much, but it flowed for over a month and continued into the River Des Peres and eventually the Mississippi river. It doesn’t just go away when it washes downstream, its still there in the ocean now. 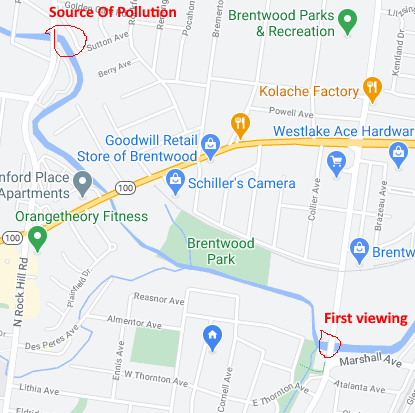