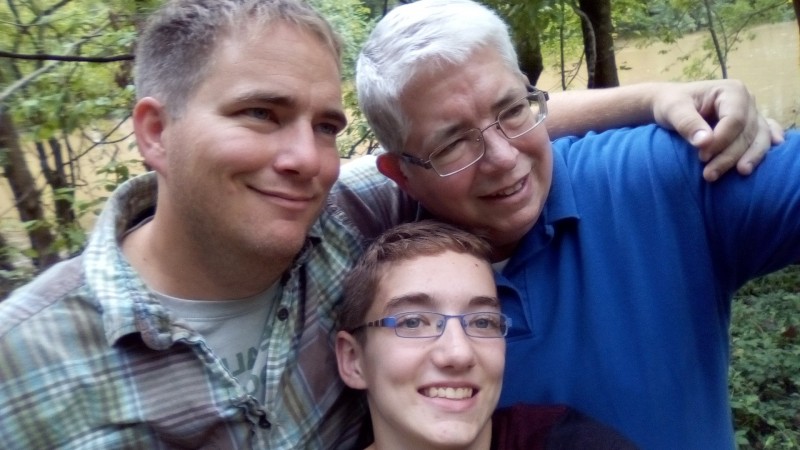 Last year about this time, I lent my brother Herman my truck. I didn’t know how long he would have it, but I was willing to help him out of a bind. About a year later, he got his own truck and didn’t need mine anymore. I was quite excited to pick it up. Instead, dad surprised me by driving it to a meeting half way across the state. Then coming the rest of the way across to St. Louis to drop it off and have a weekend with us. Unfortunately for Sonora, she was at a Girl Scout camping trip and didn’t get to see Grandpa Monster at all.

After dad came in and got settled, he and Corvin played some music together! 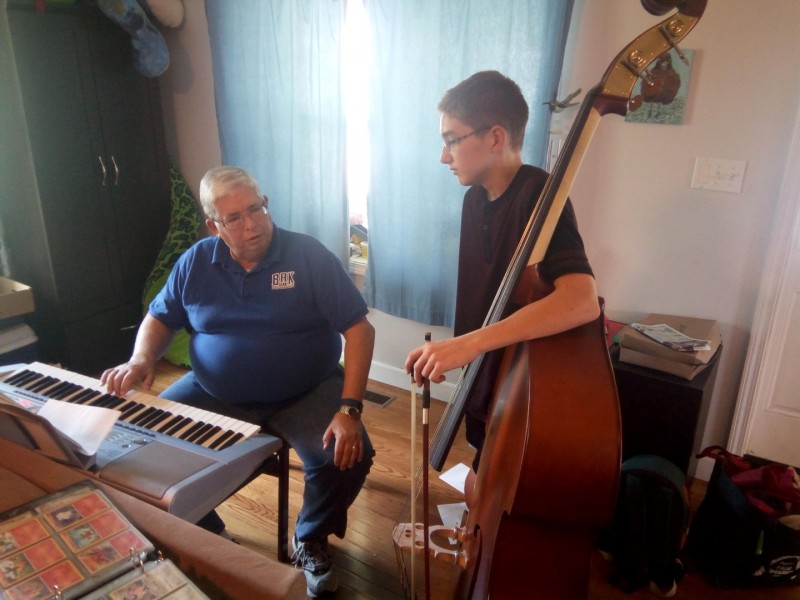 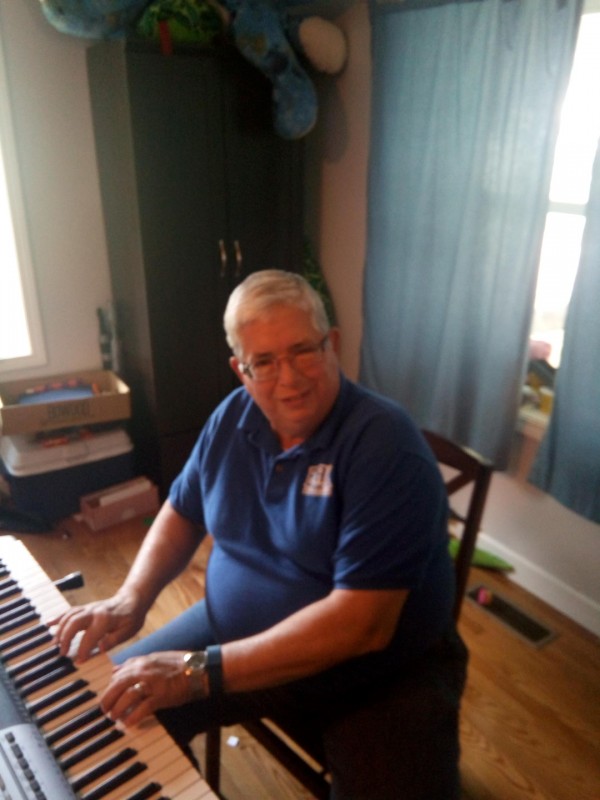 Saturday night, dad and I went out to hang out. Come Sunday, we had a very busy schedule. We started off going out to check out Waterfall, dad had never seen it before. On the way out, I though it would be need to show him some of the sites. Rockford beach park has a neat water feature that I though he would like.  On the way into the park, we found a nice turtle in the road. 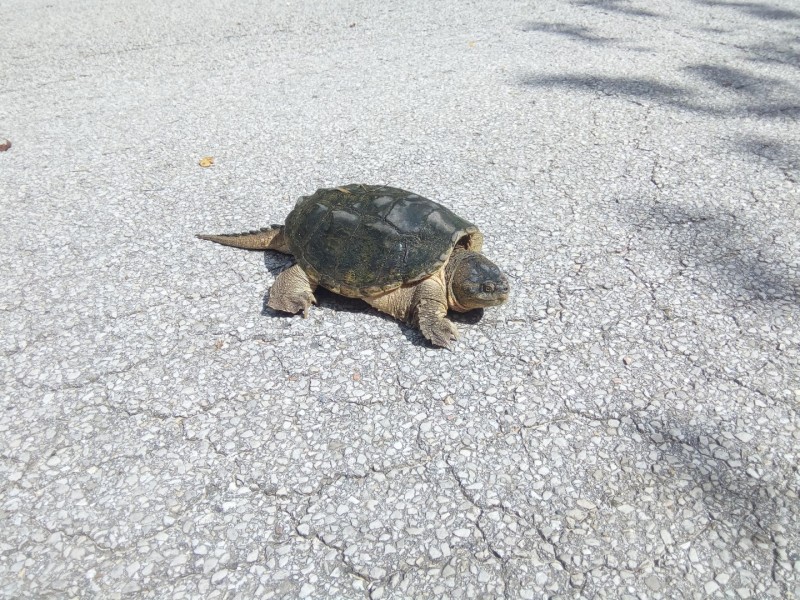 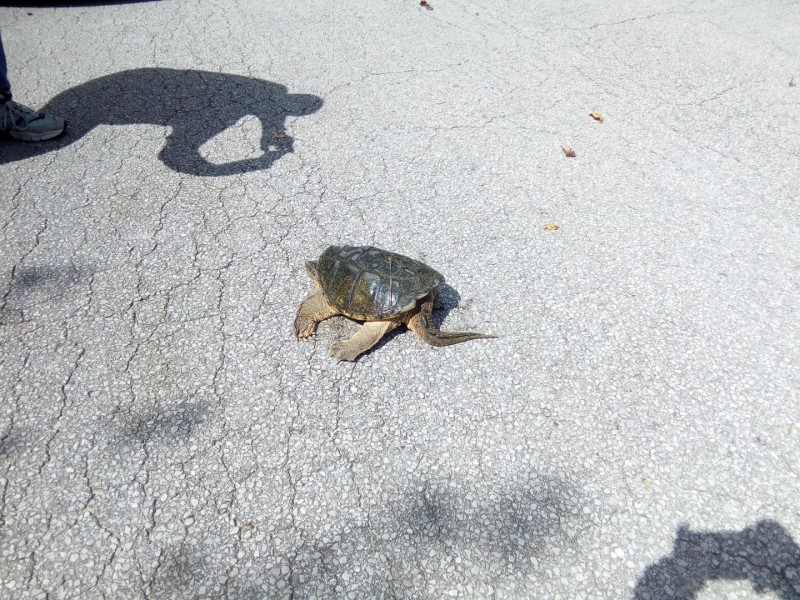 I didn’t realize till we got closer that it was a snapping turtle! They not only look vicious, but it was fast and nearly jumped at us if we got too close. After a few moments, we drove away leaving it to do whatever they do all day long. The Big River was up, nearly flooding out the park, but it was still cool to see. 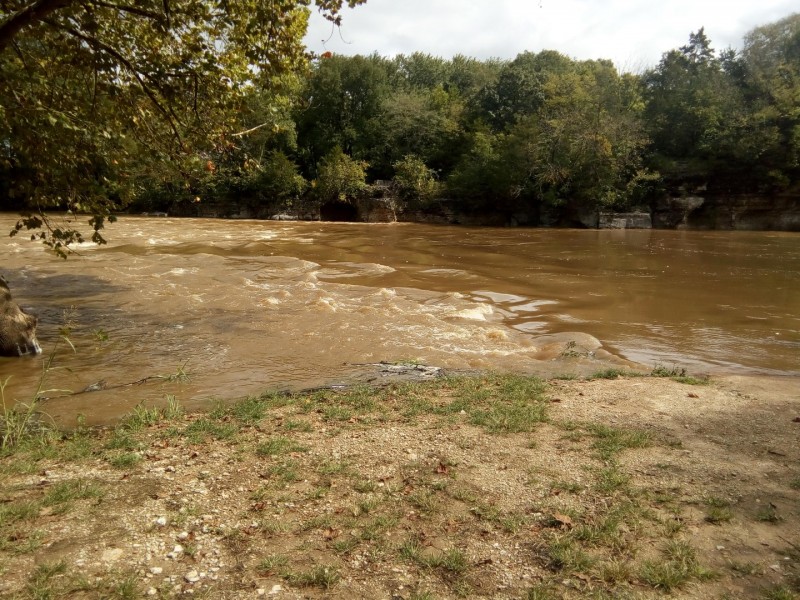 Eventually, Dad, Corvin, and I got to Waterfall and walked around. Dad even walked down the large hill to see it all! 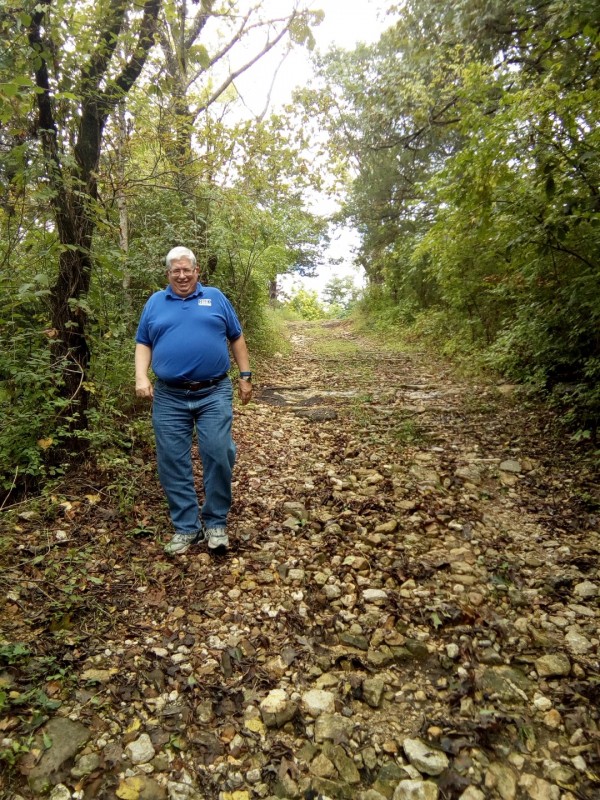 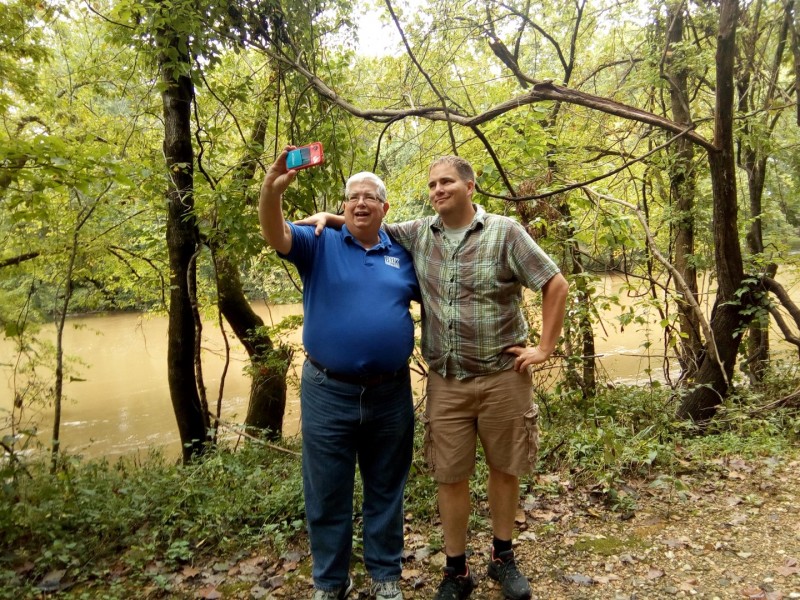 After we left Waterfall, we went to another bridge to look around and then headed home. Dad saw the signs for Lone Elk Park and we ended up taking a driving detour of the park. All this time, Corvin slept in the back seat. 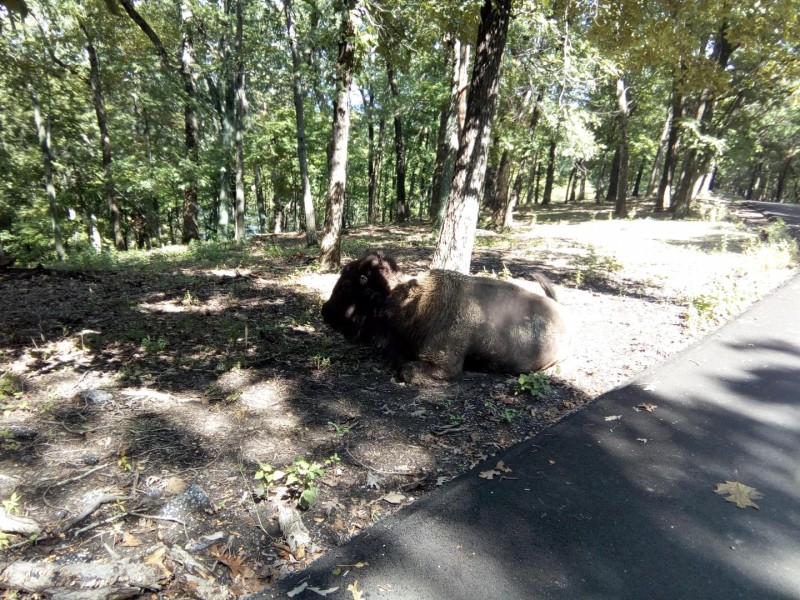 Somehow we ended up at the Kirkwood Greentree festival next. We walked around and got food which made Corvin quite happy. Eventually we met up with Grandpa Henry and gave him a ride home, but not before eating a deep fried Twinkie! 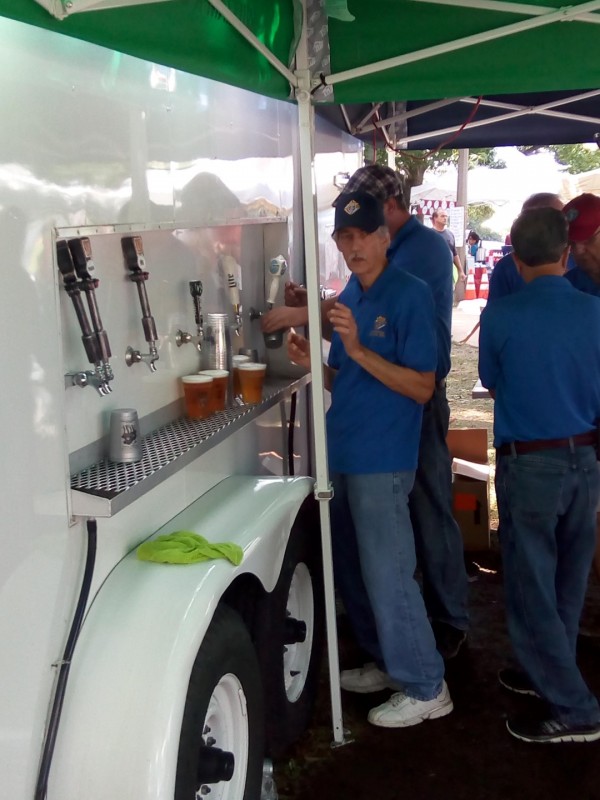 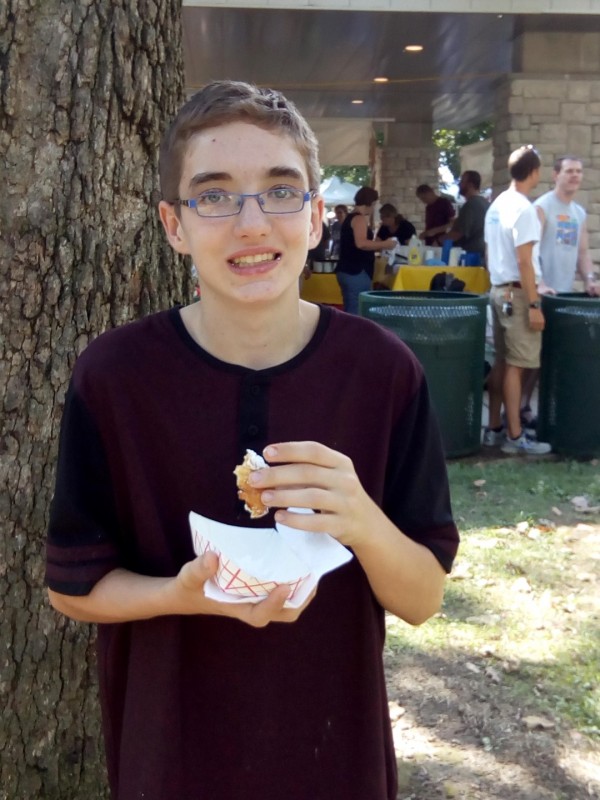 Unfortunately, Sunday came too quickly and we dropped dad off at the Amtrak station to ride back to Kansas City. We had a fantastic time and already miss him! 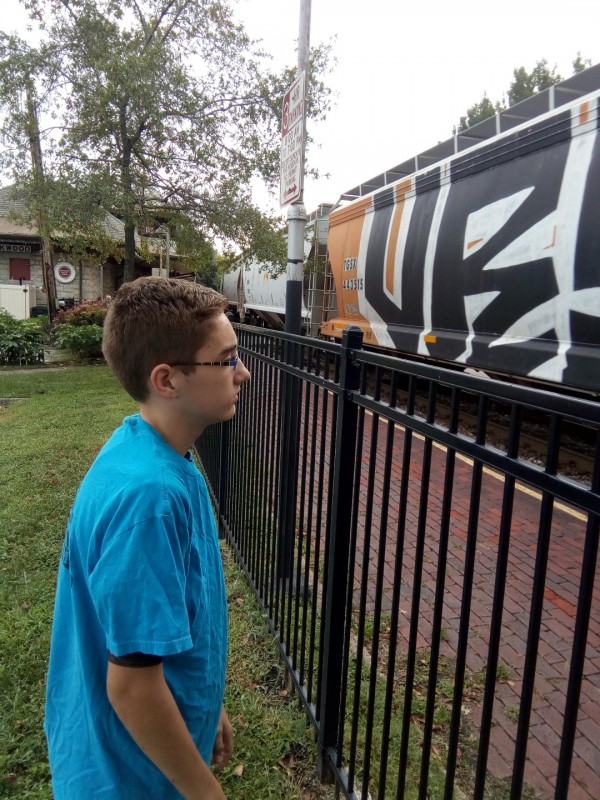 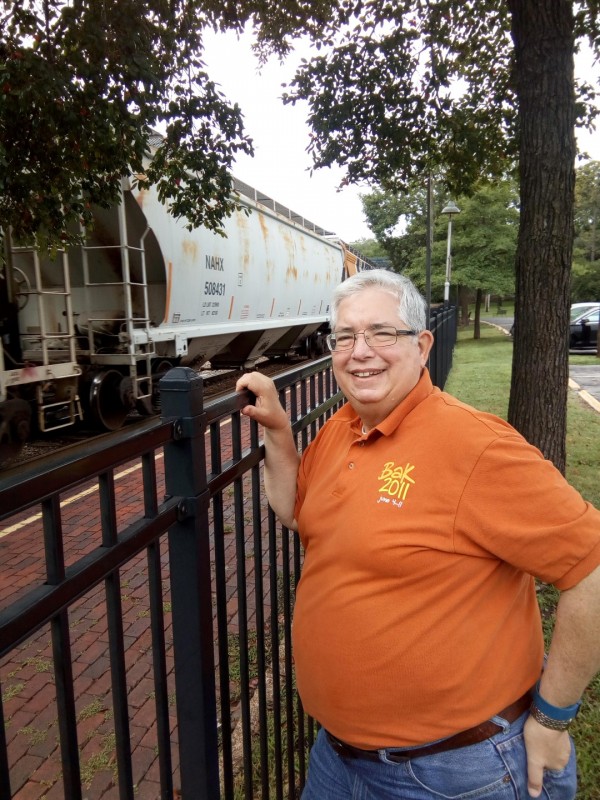