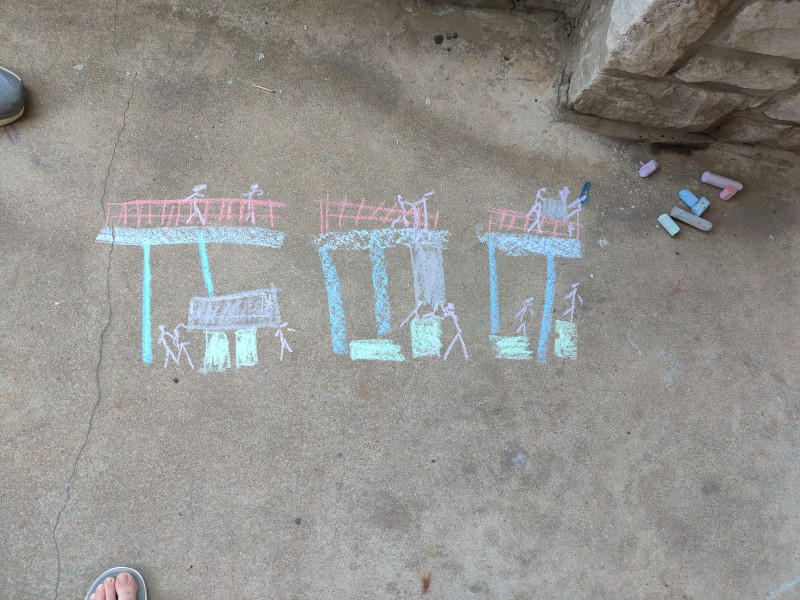 When friends call, our family comes to help. In this case, our other daughter, Eva’s dad Jason, called for help. He purchased 2 new sofas for their new place and the movers refused to move them in. Within an hour, all 4 of us were at their new place checking things out. The small couch, really a love seat we were able to get up the stairs with minimal damage. It turns out that the new place has 2 sets of steps and both of them were made for small furniture… We laughed and nearly pinched our fingers many times, but got the love seat in. That was when we decided the full sofa could not make it up any of the stairs. Of course its sitting on the front porch already paid for… We decided the best thing to do was the craziest thing. We lifted the sofa up to the second floor balcony and pulled it up where it could finally go in large doors. It was a comedy of action that ultimately resulted in the sofa getting in the house again with minimal damage. Corvin called his friend Jackson that lived nearby to help. Jackson’s help was great for 2 reasons. First extra hands were nice. Second is that Jackson made this 3 panel drawing of us moving the sofa to commemorate the activity. Use your imagination to know what we went through!