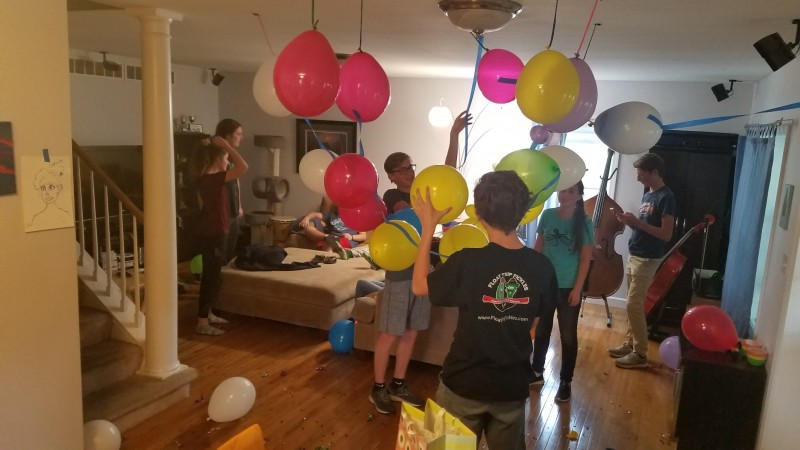 Its great to have friends. In Corvin’s case, they decided to throw him a surprise birthday party. To facilitate this party, I took Corvin out driving (this is his 16th birthday and he doesn’t have a full license yet). He was doing a great job. I had him go shopping with me and we bought a present for him that surprised him. Then, the goal was to wander till Danelle was ready for him. Danelle called me (already planned) to say that she got a deal on pizza and that some friends were coming over to watch a hockey game at the house.

When I walked out of the store with 5 pizzas, Corvin commented that it was silly to get that much pizza. Something about it being unhealthy and he didn’t understand. I just played it off. Then we drove back to the house and he walked inside. When the door opened, he got a very large SURPRISE from his friends. 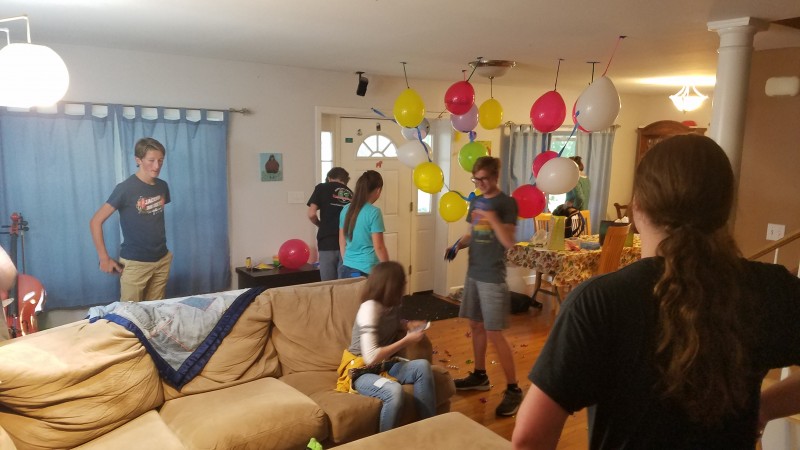 From here, we let Corvin hang out with his friends in complete shock and we got out of the way. Corvin didn’t make the connection till later that the pizza was for his own party.

Thanks to Corvin’s friends for being awesome!