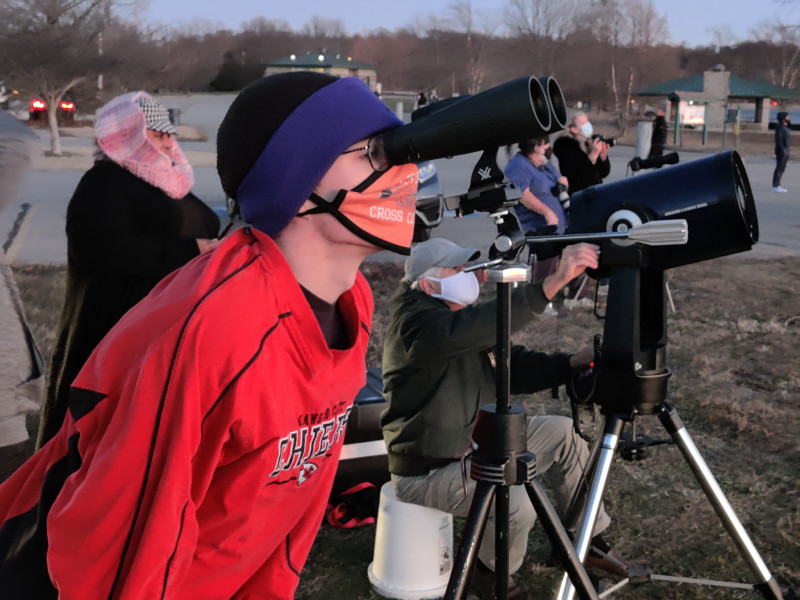 The Christmas Star is actually when 2 planets, Jupiter and Saturn appear close together in the evening sky. It doesn’t happen very often and today was the best day to see it. We went out to Creve Coeur lake to meet a friend, Bob. Bob had binoculars and a large telescope set up for viewing.  Unfortunately, the stars are not visible very long, so you have to be ready to view and do it quickly. I believe there was about a 30 minute window before viewing was diminished. 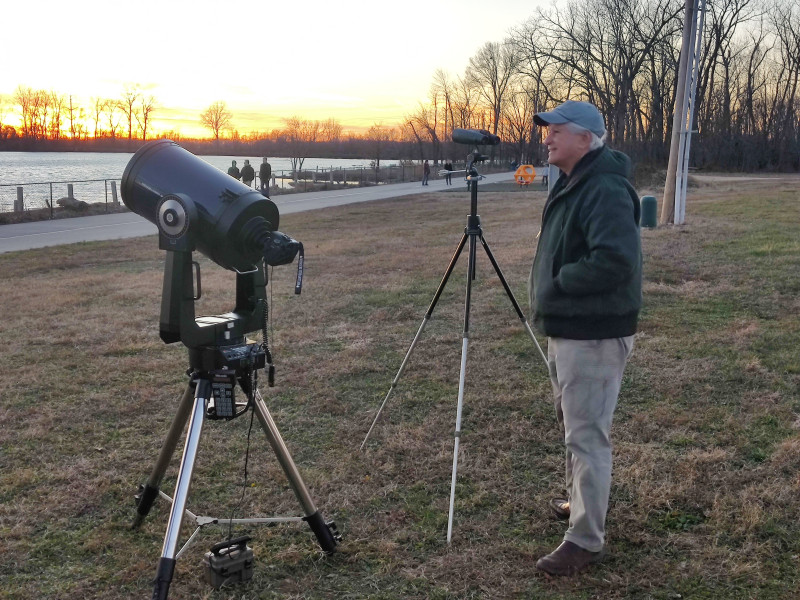 We frantically searched the sky for a reference object. Bob’s telescope has a computer to tell it where everything is  in the sky, but you have to point it at a celestial object first for it to figure out where it is. Combine that with a dead battery and we were on our own to find the planets. I believe Danelle was the first one to see them. Bob worked quickly manually sighting in the planets efore they showed up on the display. You could clearly see the rings of Saturn in the camera’s view finder without using zoom.

Over at the other tripod, Corvin was finding the planets and viewing them.

The view through the binoculars was actually great. At one point, I could see the rings of Saturn. It was a good event, but it happened way too fast! Thanks Bob for letting us hang out with you.