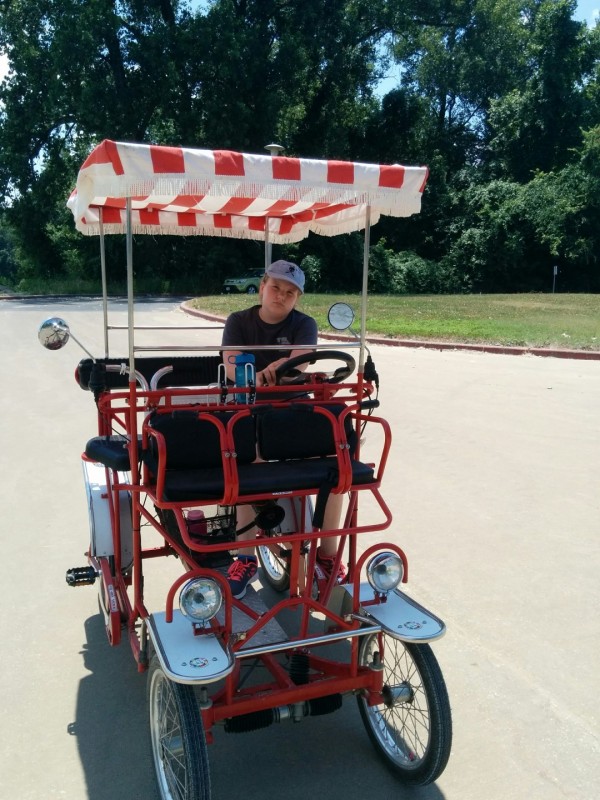 Sonora has been begging Danelle and I to rent a multi person bike for at least a month. Once she is fixated on something, we never hear the end of it. I had to go ice skating earlier in the year for her last obsession. She really wanted to go around Creve Coeur lake so we headed out there. When we arrived, there were no rentals going on. They were closed for the day for some other event. Instead of heading home, I had one more chance to fine a rental. So we headed to the Bike Stop Cafe & Outpost in St. Charles. The had the exact bike she wanted to rent. They got our rental started quickly and right on the Katy Trail. 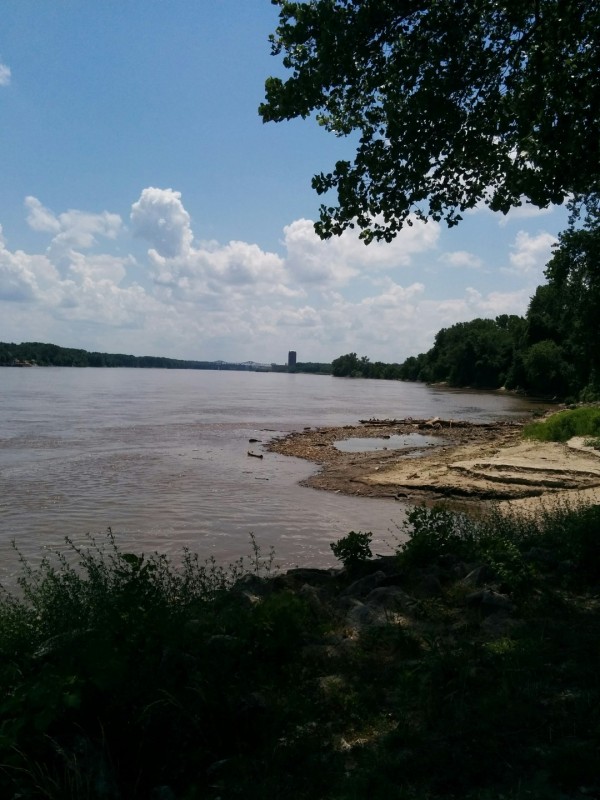 When she was in the bathroom, I moved over to the driver’s seat. I found that the pedal on this side popped a bit when pedaled hard, so I was happy to be on my side even if she had issues keeping it on her side of the trail. While in the driver’s seat waiting, I tried to do donuts going in a tight circle. I shocked myself when I quickly got the bike up on two side wheels. If I didn’t react quickly, I would have tipped it over on its side!

By the time we returned the bike about an hour had elapsed. Sonora had about all the fun she could handle and was ready to head home. Another perfect outing!