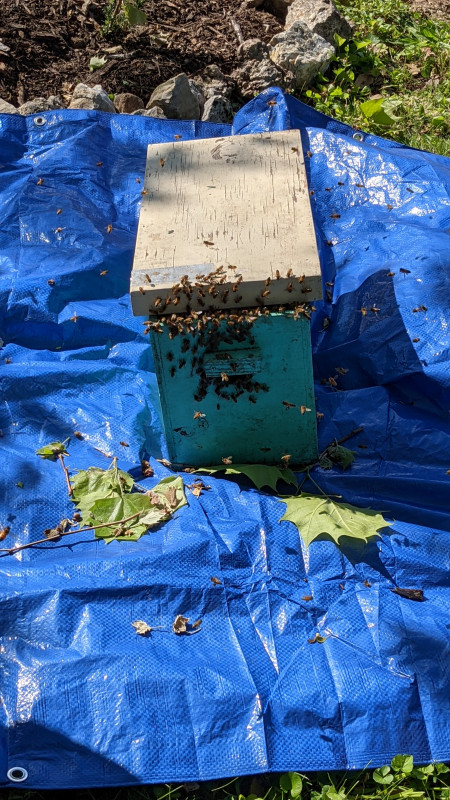 My next door neighbor told me that there were bees swarming in his front yard tree. He contacted a beekeeper association and they put him in touch with a specific beekeeper. I wish I could remember his name, but is a very cool dude. He came out with few tools and never put on any protective gear.

See below the dark blob in the tree. This is a collection of a few thousand bees. 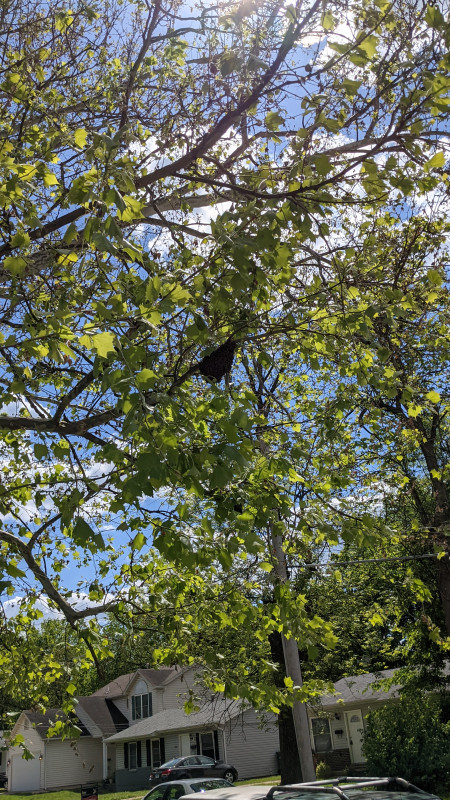 It turns out that when they swarm, the first eat as much honey as they can to have energy to swarm. Because of this, its nearly impossible for the bees to sting a person as they are too full to get the stinger out. Following his lead, I continued to get closer to the hive. Eventually I was hanging and shaking on the branch the bees were on to get them out of the tree. 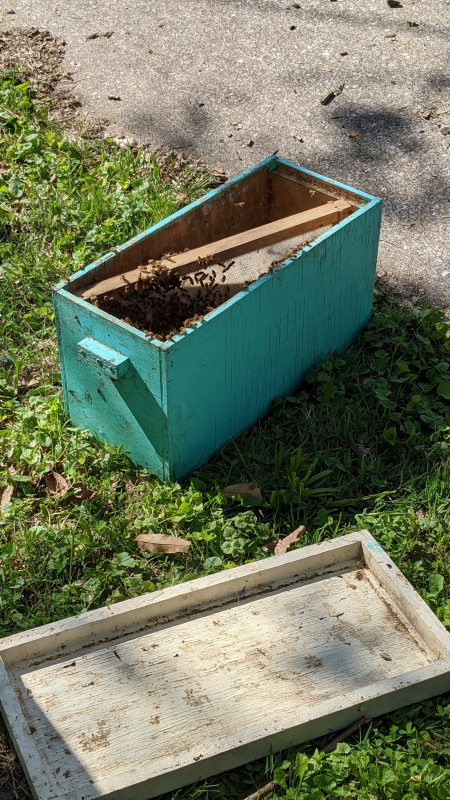 The lid may have been closed, but they continued to go in and out. He was careful to not crush any bees during the process of collecting them.

Check out the video below. For me, this turned out to be a once (so far) in a lifetime event. This whole process took about 2 hours and was entertaining and educational.