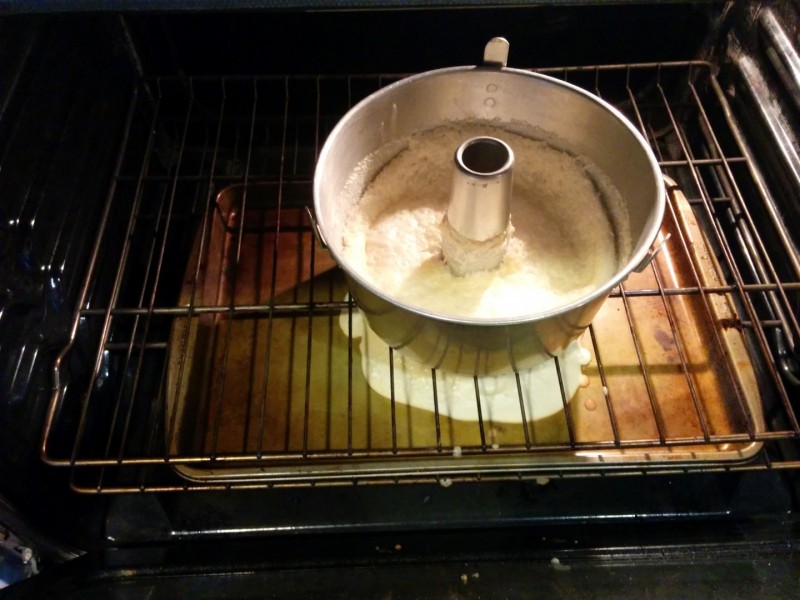 I decided to make my first ever angel food cake. Danelle has always made them in the past. I followed the directions to make it per the box. I thought the pan strange and worried that it would leak out, but Danelle assured me she has never had an issue and that things would be fine. With the oven preheated, I poured the mix in the pan and placed it in the oven.

I smelled something burning and decided to check. There was tons of liquid coming out the bottom of the pan, so I pulled it out to minize the mess and placed it on the stove. 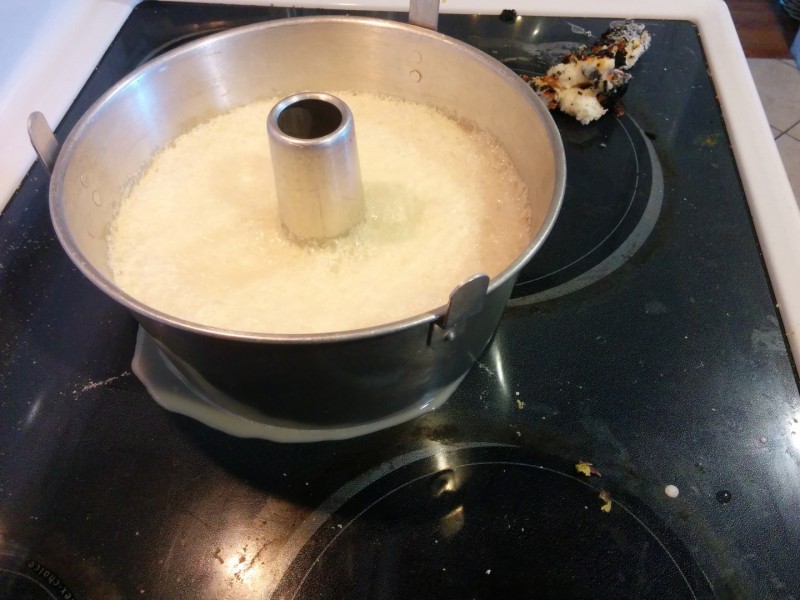 Danelle told me it had to be done spilling and to put it back in with a pan under it to save some of it. Here is what the top of the stove looked like after I placed it back in. 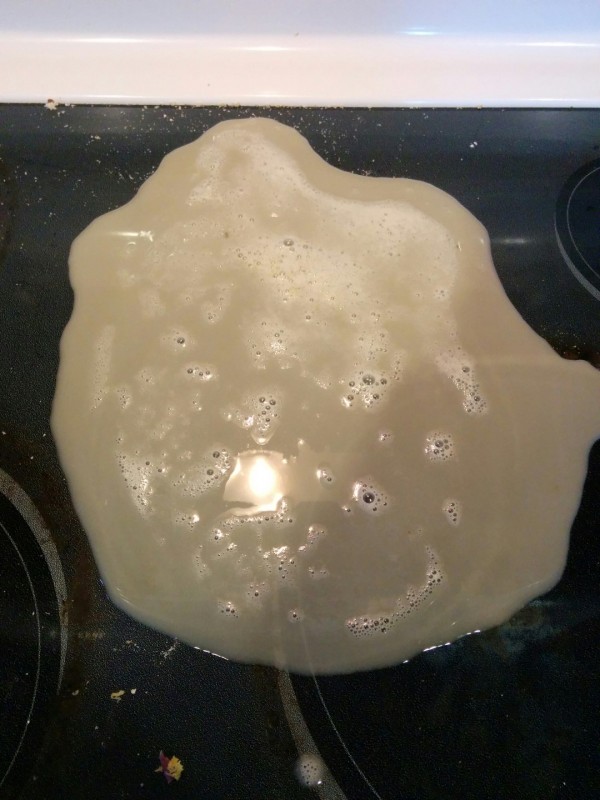 So I’ve decided to give up and buy them at the store if the need arises for one in the future. Another cooking failure for me in the books!