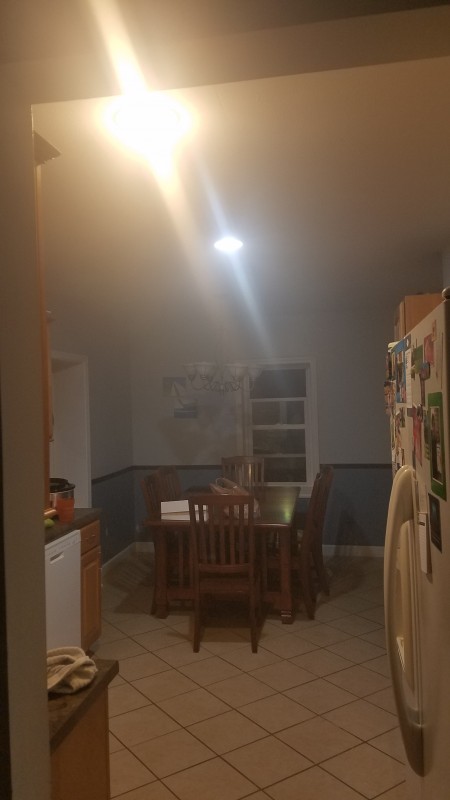 I was out of the house with Sonora and called home to Corvin to help me out. I had a work party the next day and volunteered to bring in corn bread. I wanted him to bake it, but he said he was nervous he would mess it up. I suggested he could just start the oven so it was warm when I got home and save me some time.

When Sonora and I got home, the windows were open (note its very cold outside) and smoke was coming out of them. Turns out that Corvin didn’t bother to check and see if anything was in the oven before he turned it on. There happened to be a pan with a plastic lid inside…

The plastic has melted and started burning. It was all over the pan it was sitting in and on the bottom of the oven! 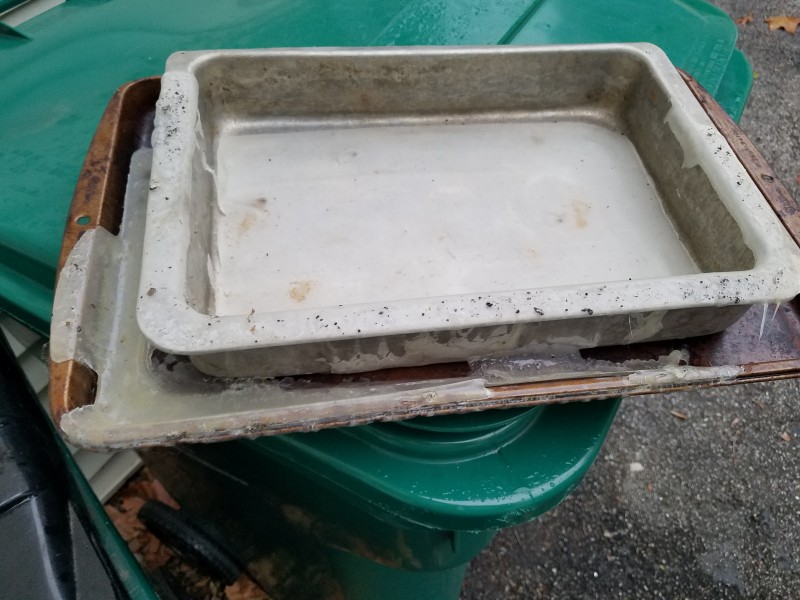 There was too much plastic on the bottom of the oven. Even if we pried it off, it would have smoked for the next several usages. As lucky as it could be for us, the oven/range was 13 years old and had issues. We would have preferred to replace it on our own terms, but this forced our hand.

Hopefully Corvin has learned to open the oven before turning it on!