Today is the big day!  Last night, I took the first half of lumber out to waterfall. It was questionable how fast I would be able to drive. I had the truck loaded in a way that could make me famous for stupidity. If this worked, I would repeat the same drive with a similar load (and it did work) as today was drive 2! 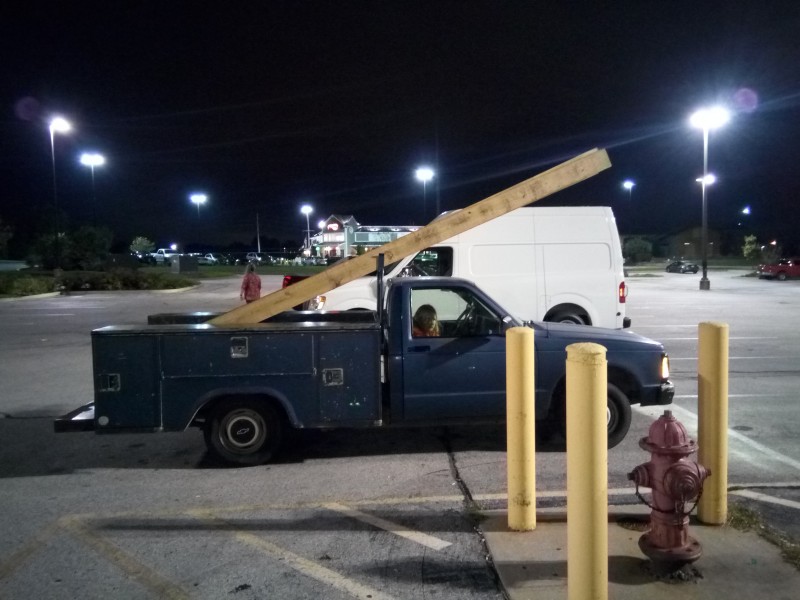 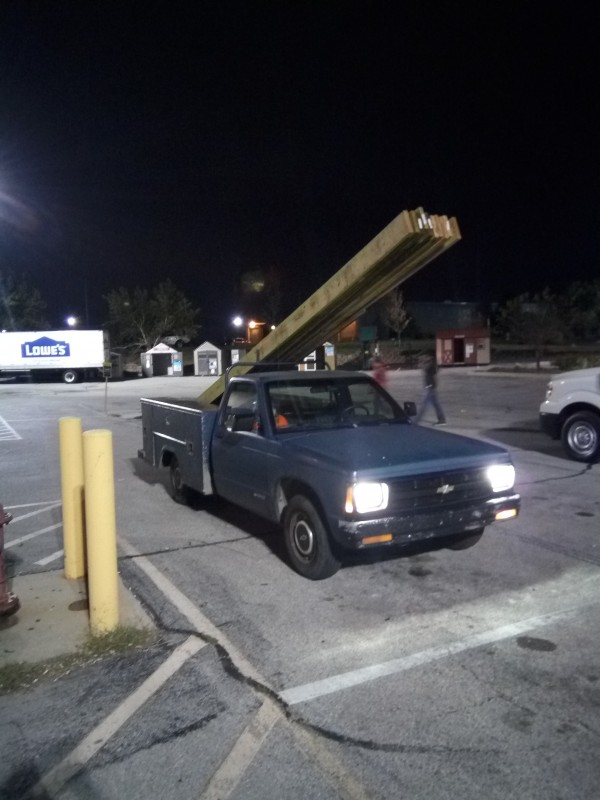 Danelle drove the van out with other supplies.  Since I was going so slow, she had already unloaded everything before I arrived.  I was able to back straight up and had help unloading this time.  Right after unloading, I set up the time lapse camera so we could have footage of the whole thing! 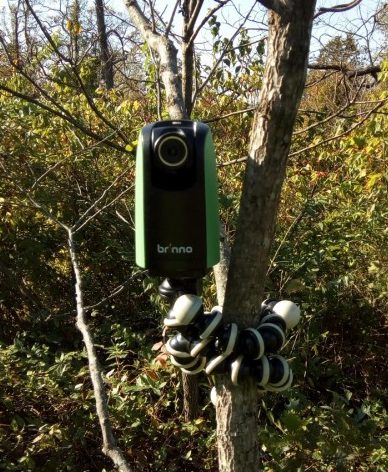 The process started out very slow while we figured out what we were doing.  There was lots of measuring and double checking before the first poles went up. 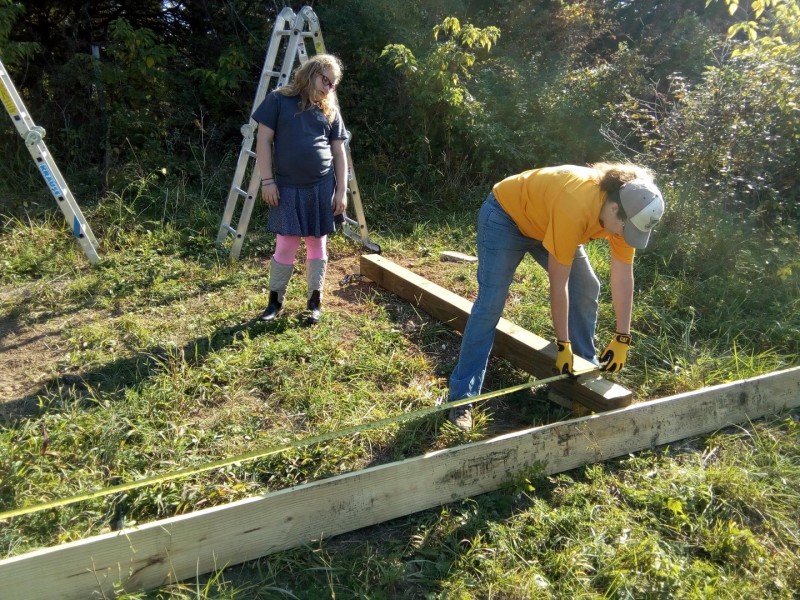 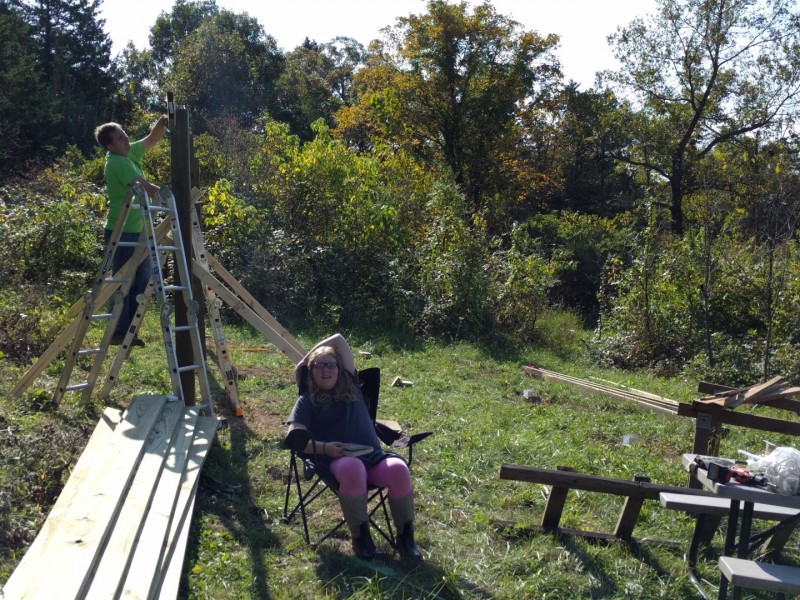 On the back side of the shelter, the posts were 8 feet high. In order to have a good view of the river and have the roof drain, we had a slightly higher set of posts in the front. 16 foot tall posts in the front. It all made sense on paper and in the hardware store, but seeing and erecting the first 16 foot section had me second guessing the idea. 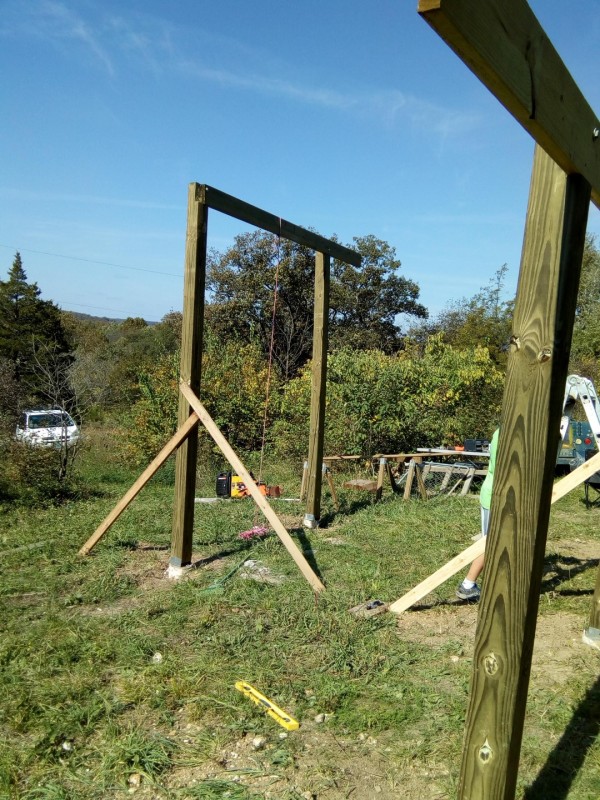 Just after this photo, we stopped for lunch. Danelle and the kids went into town to get food and I stayed behind since all of our gear and tools were out and about. I used this time to start a fire and burn stuff cause its fun!

In order to reach the top of the posts, we ended up having to put the ladder on top of the truck bed and use straps to keep the ladder from sliding off down the hill! 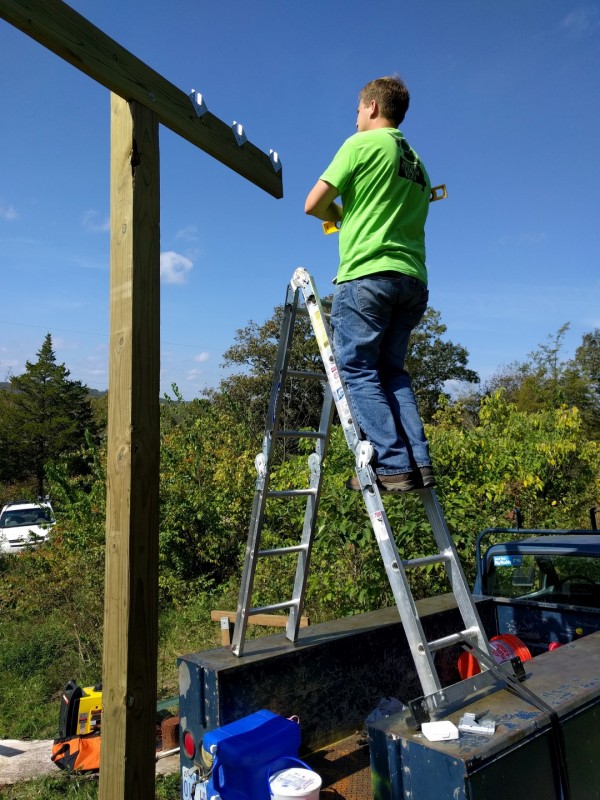 Eventually we slid the roof support beams across to link the two together and start building stability. 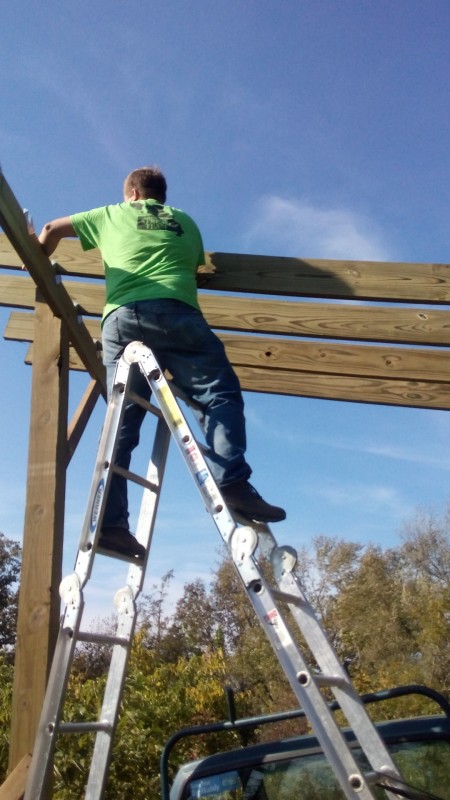 I was getting to be a pro at the crooked ladder game towards the end going up and down with little care! 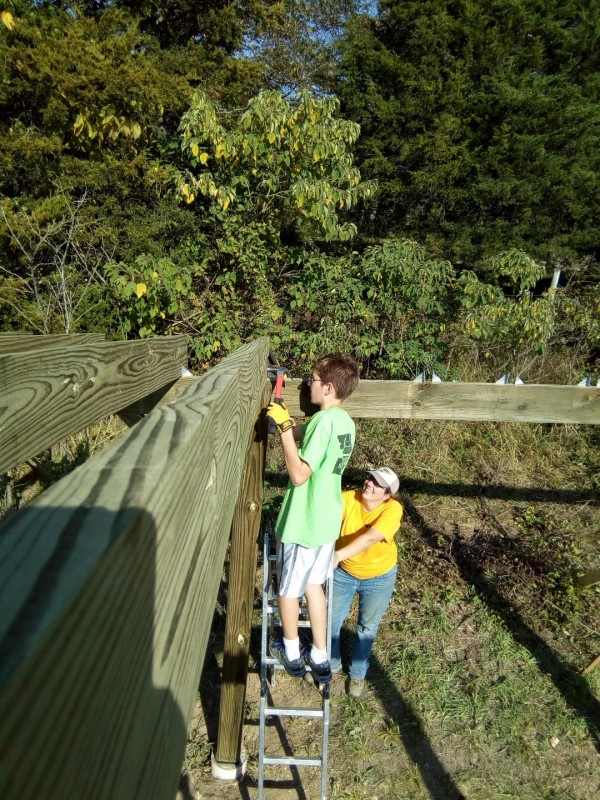 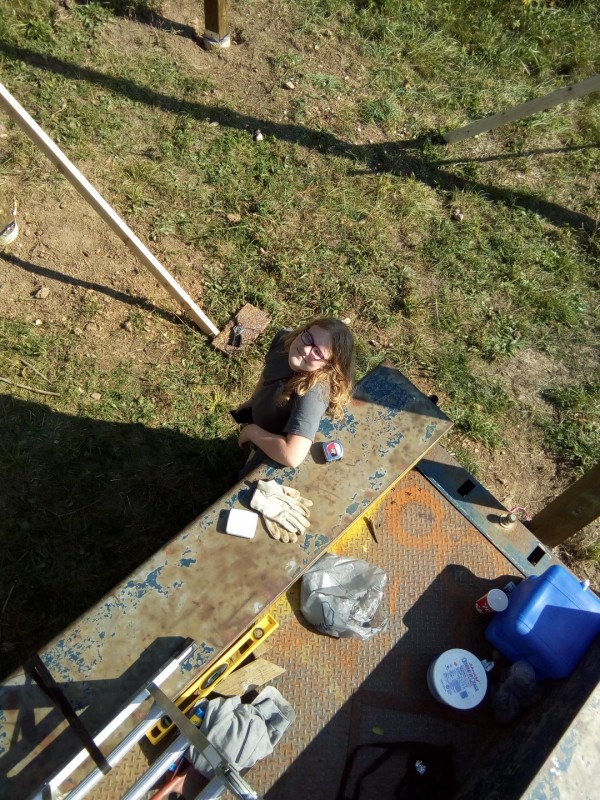 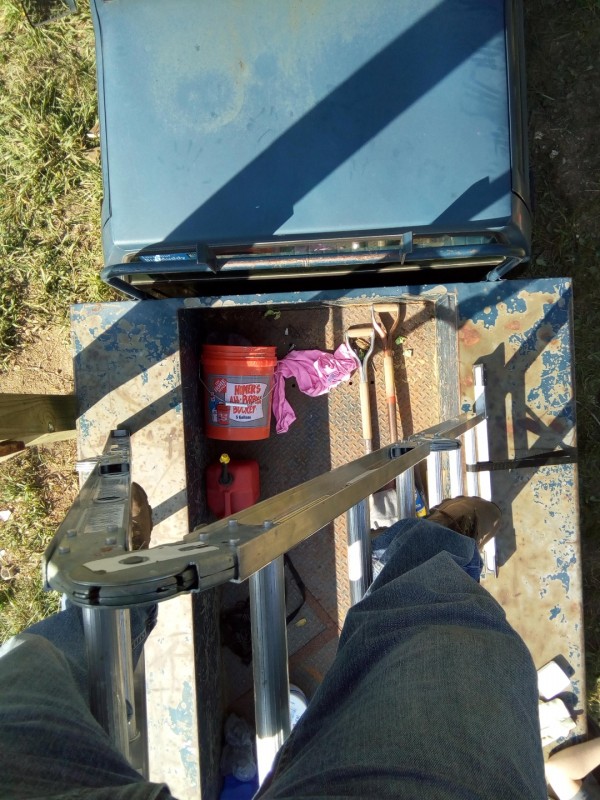 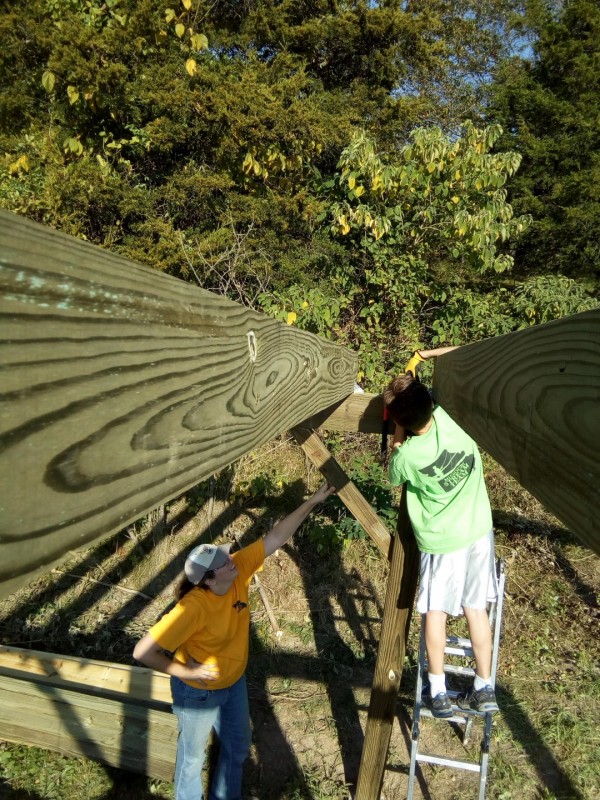 There were several sketchy parts, but the video below made it all seem so easy, I wish it was so! 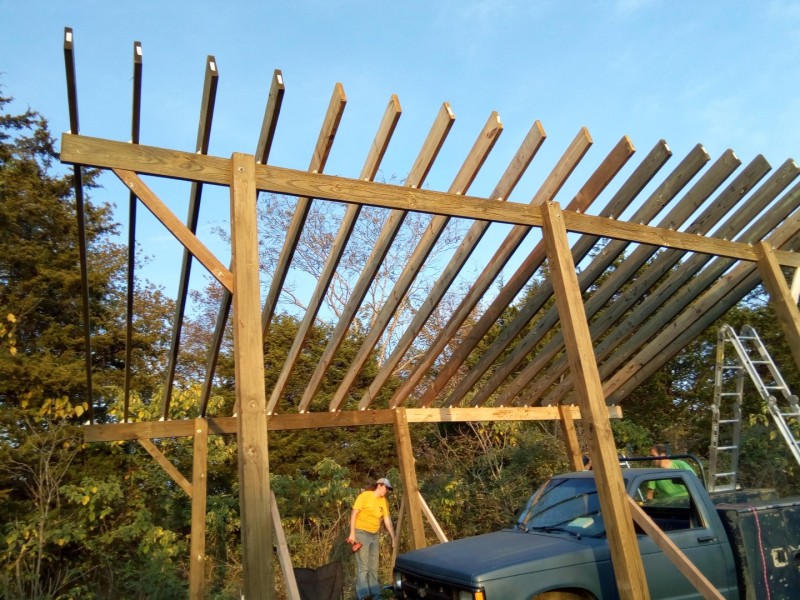 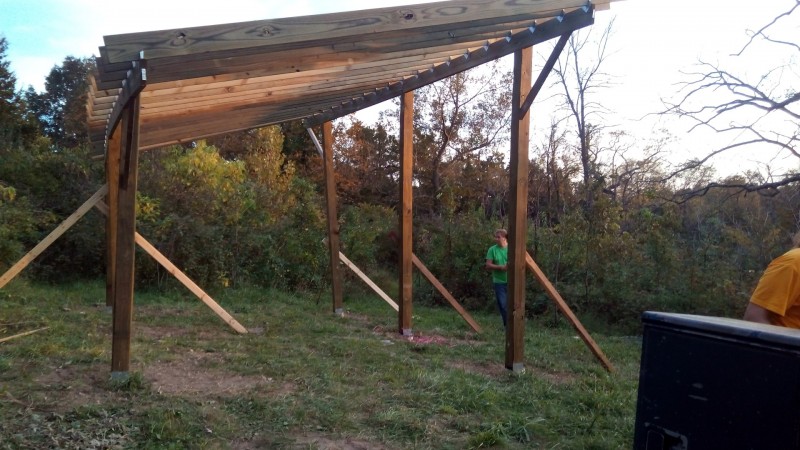 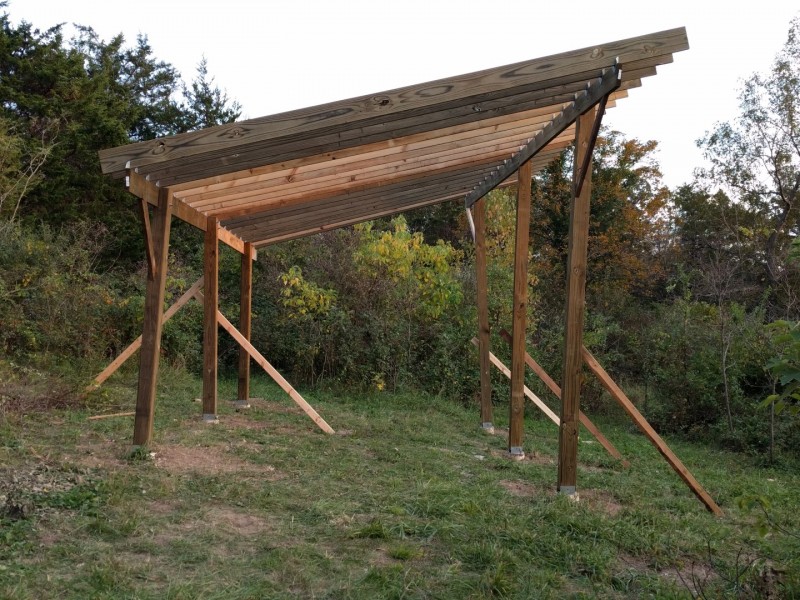 Danelle and I worked tirelessly on this project with the kids pitching in. But they did have some extra time on their hands… 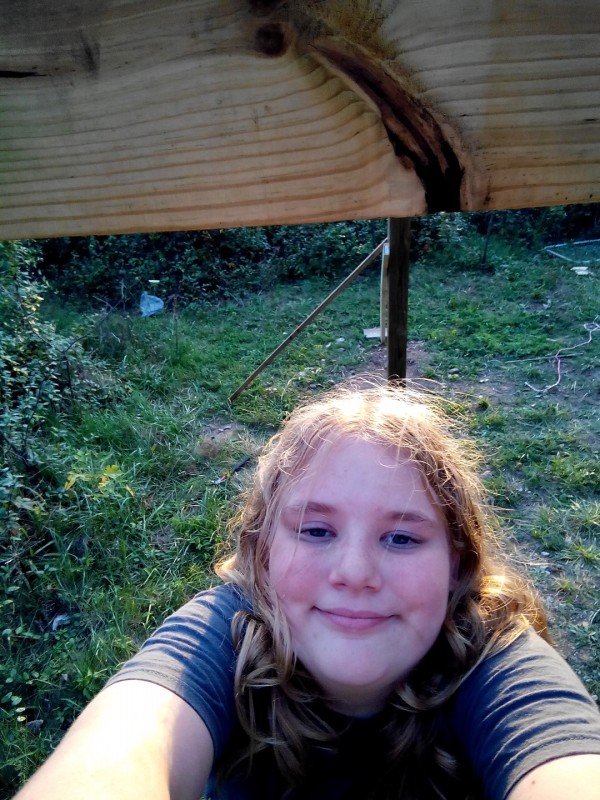 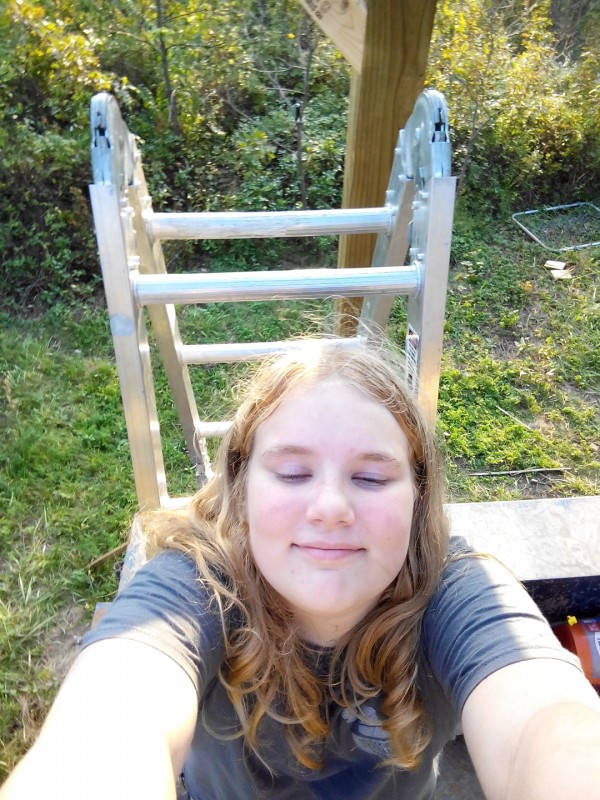