The Sunset Race is always a good time. Today, I was racing with JoJo and Jason in a Spencer Canoes C3. We are consider taking this boat on the MR340 together this year if the river stops flooding. 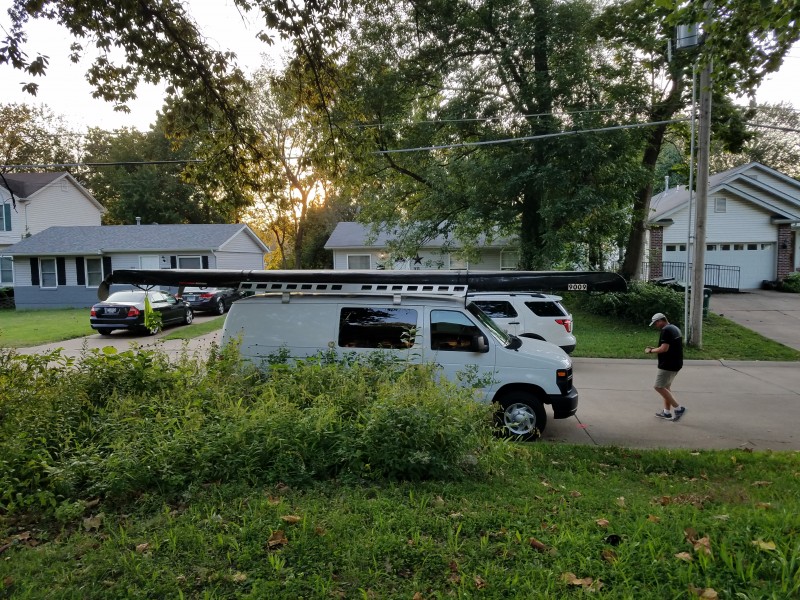 As an added bonus, Jeff Hug came out to paddle as well. We’ve worked together in the past and he’s a great guy. Nothing is better than a great night out paddling with friends! 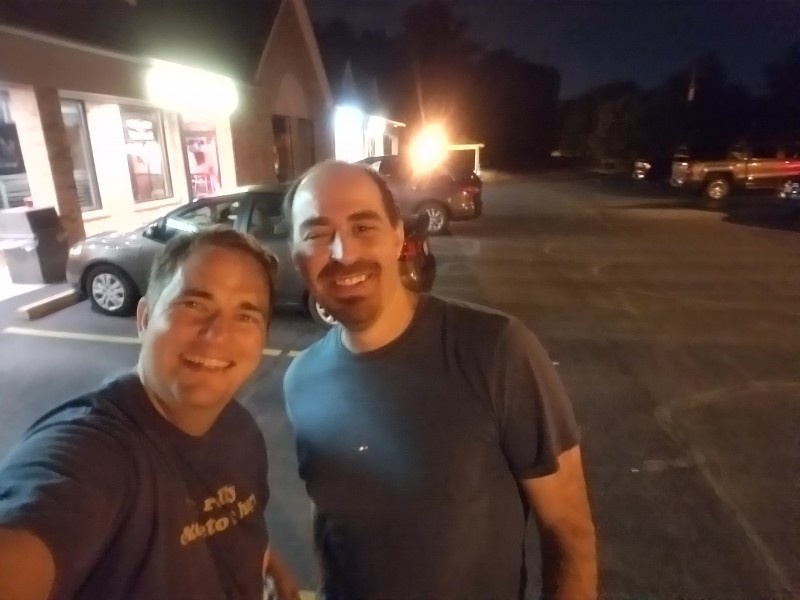 I love that people are curious. If you have a unicycle in the office, people will be curious and try it out. Here are three of my co-workers giving it a go. 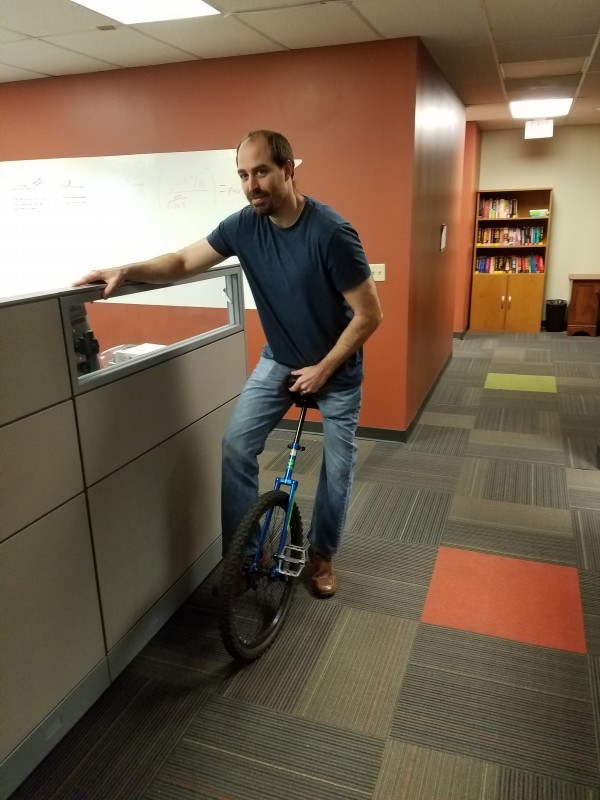 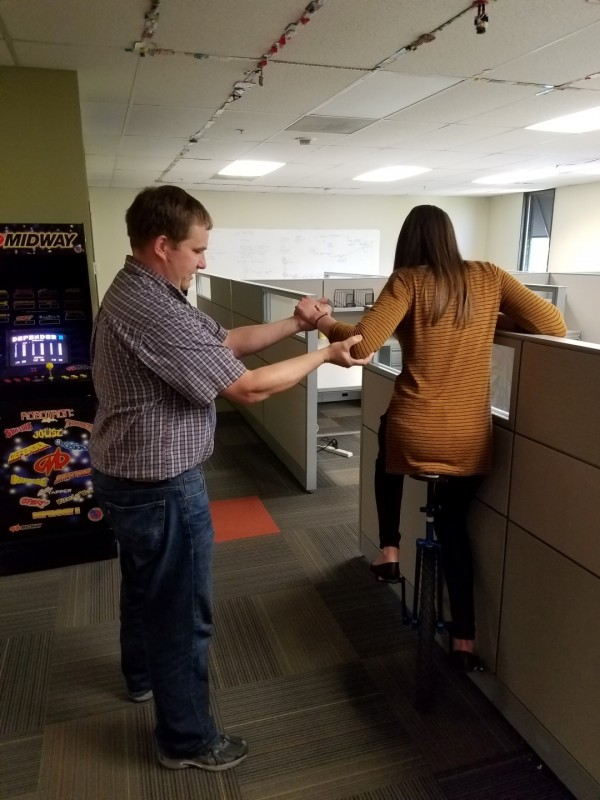 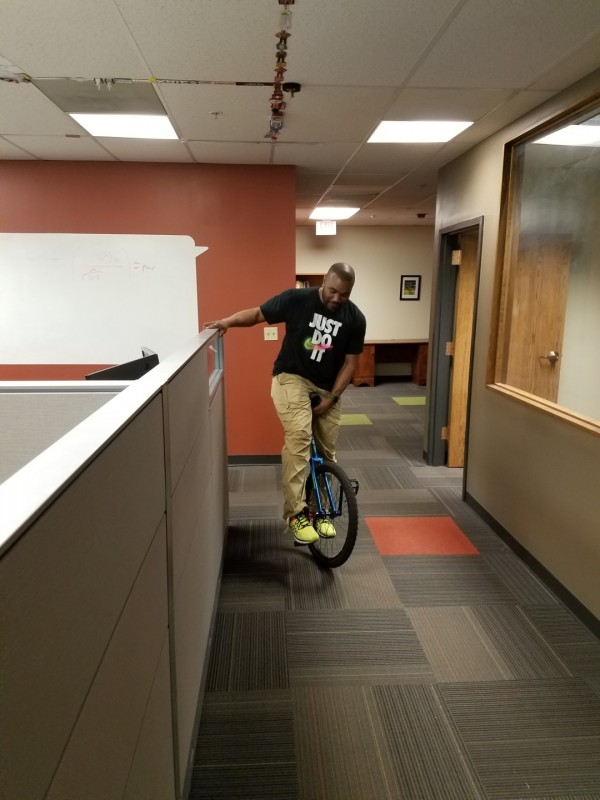 Two guys from the office, Jeff Hug, Eric Ent, and I decided to go for a Saturday morning motorcycle ride. Its fun to share hobbies and motorcycle people like to ride together. The plan was to ride down the river road in Illinois and catch the ferry to St. Genevieve to get back home. I love going on trips, so it should be no surprise that I arrived first.

While I was waiting, I went into the gas station looking for breakfast and coffee. This station is large, but it mostly sells alcohol, so I was relegated to a stale pastry and coffee.

It didn’t take long for Eric to show up on his Yamaha FZ-07 ready to ride after filling up. 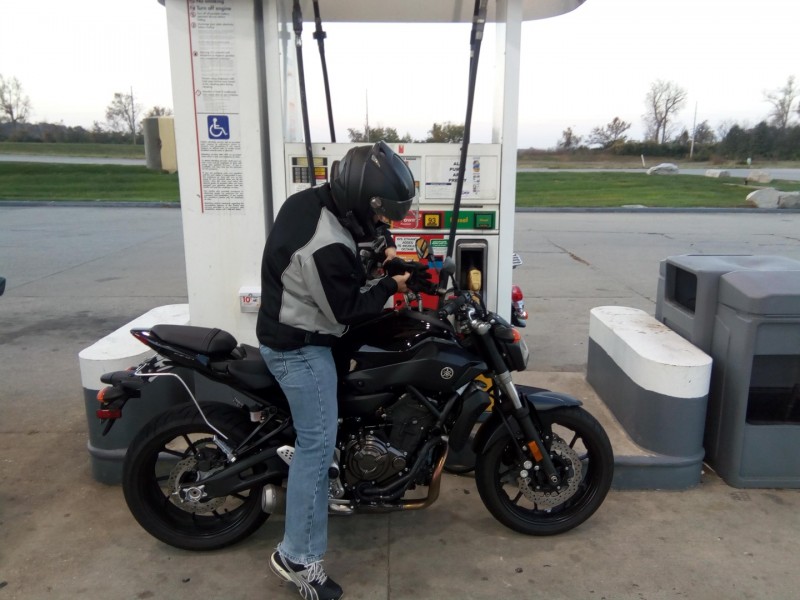 Eric and I were wondering if Jeff would show up. We weren’t sure based on how far away he lived. We sent him a text and said we would give him fifteen more minutes before we left without him. Turns out that Jeff slept in and rode very fast to get out to us with time to spare before we gave up on him. His bike doesn’t have a ton of range due to a small fuel tank so he filled up as well. 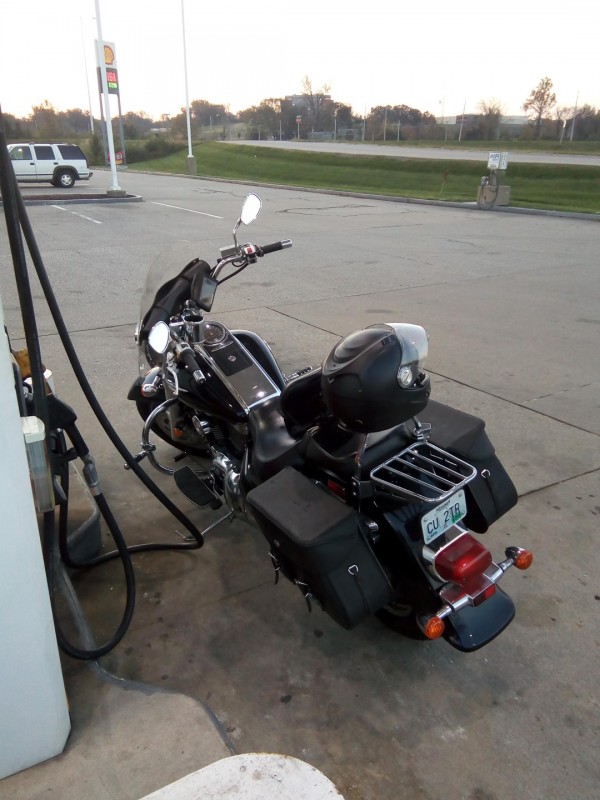 With full tanks, we headed out to explore the riverside! We all followed Eric as he had done this ride before and had a vague sense of where to go. During the ride south, we paced a southbound train. Eventually after about an hour of riding, we got to the ferry crossing. It didn’t open till 9am giving us time to play around before it opened. We were quite concerned about the ramp to get on the ferry. The metal edges didn’t fit nicely against the pavement and looked bad for our tires. 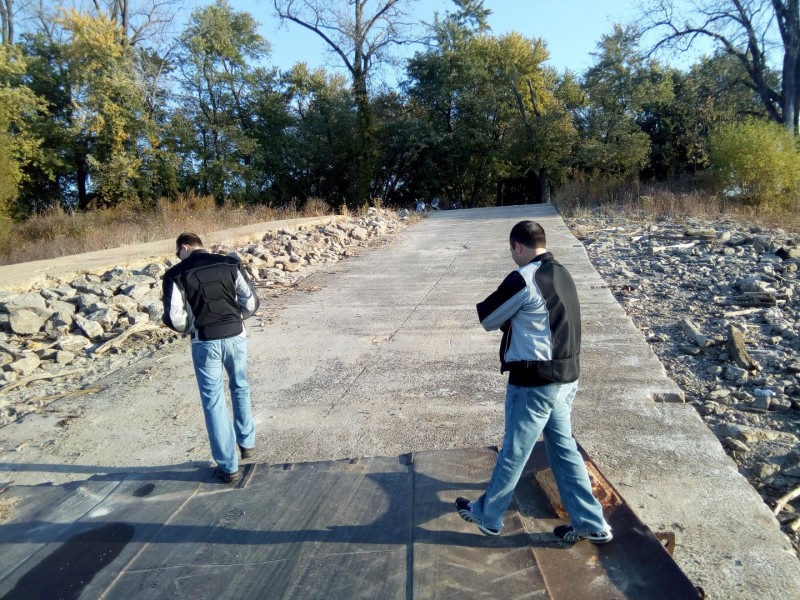 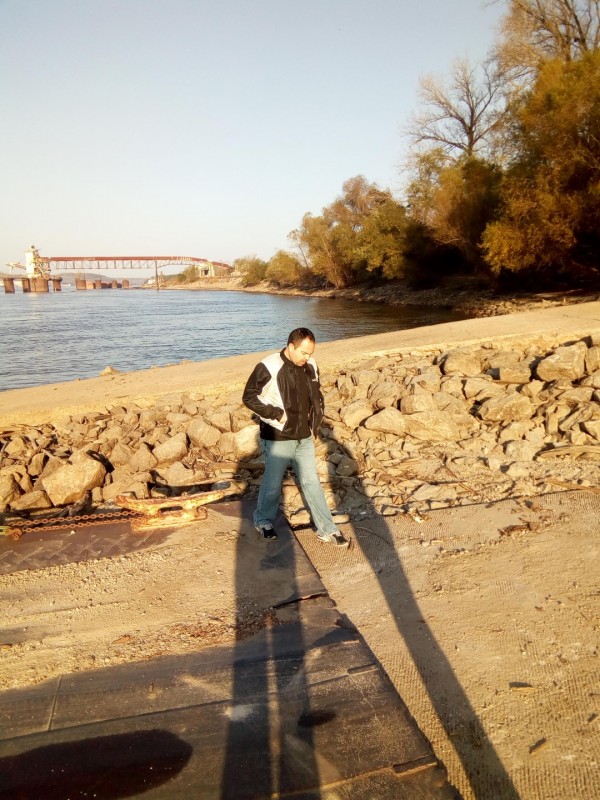 We didn’t know what to think so we tried to get our minds off of it. We started by exploring the area around us. 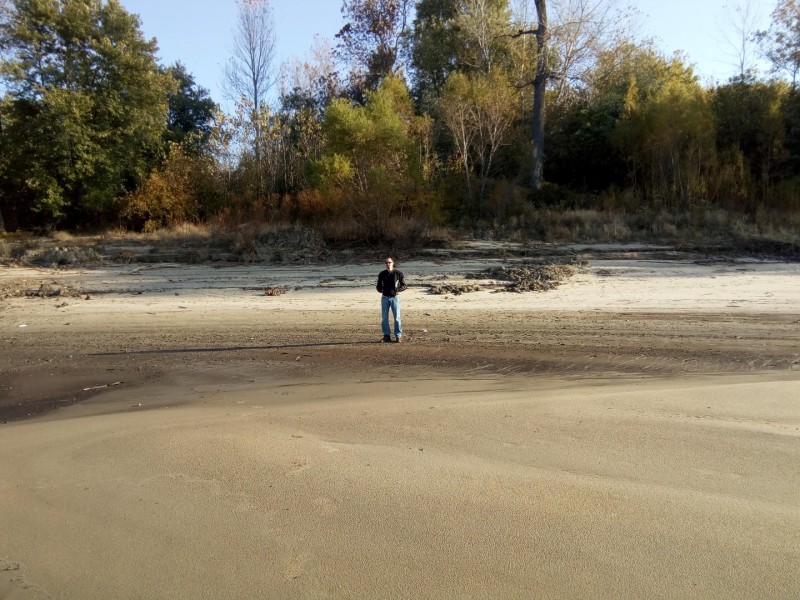 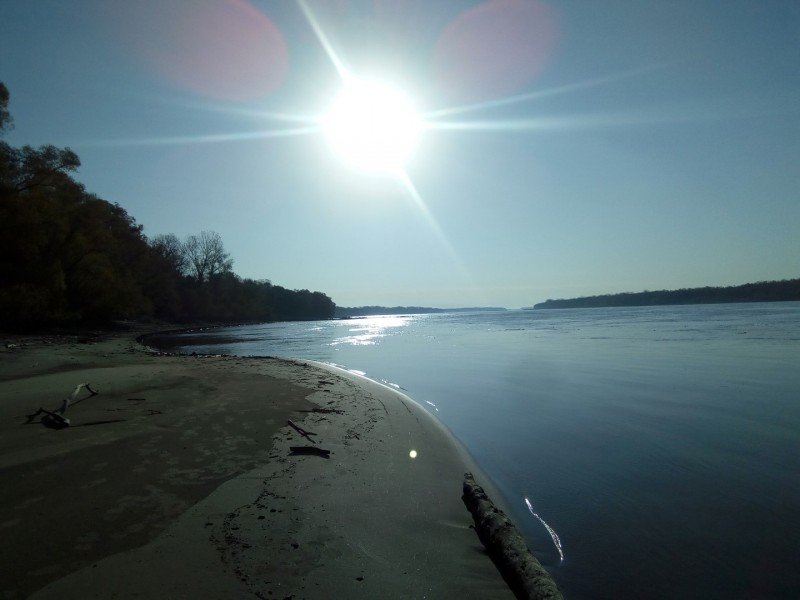 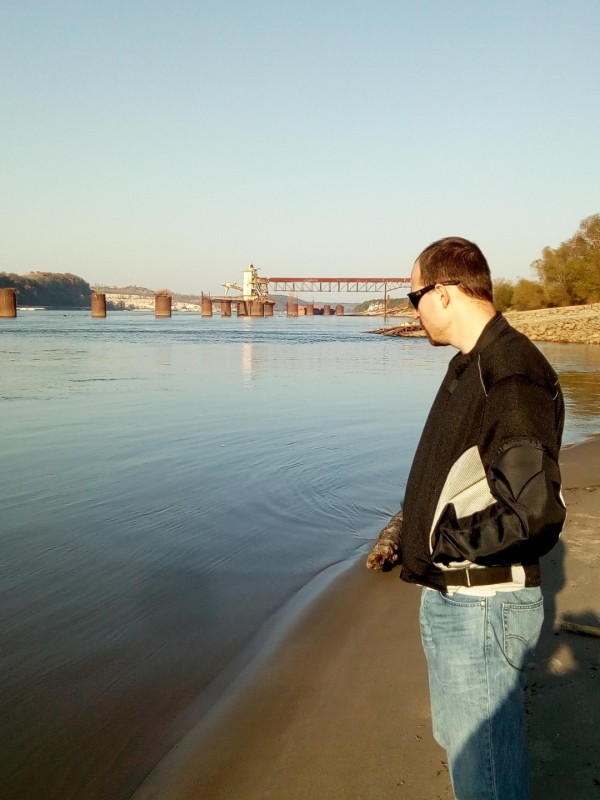 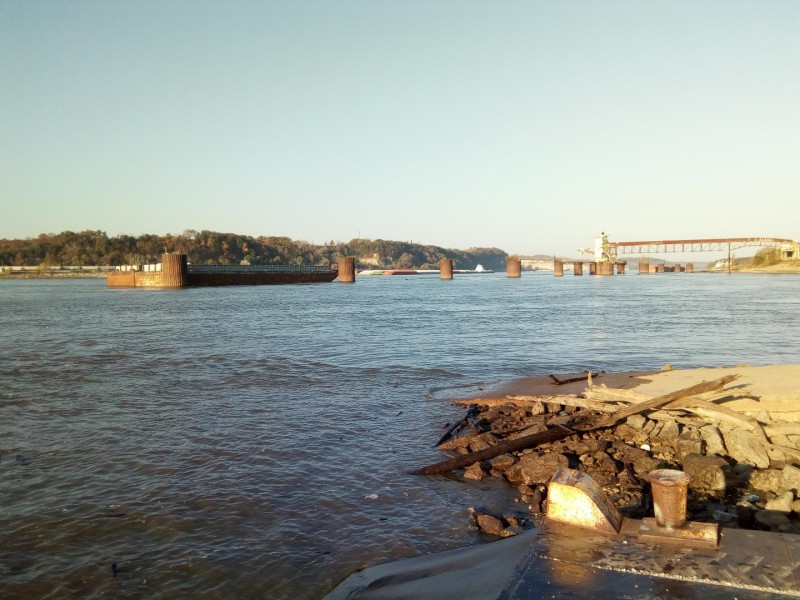 Before we knew it, the ferry had arrived and it was our time. The guys asked me to go first as I said it wouldn’t be that bad. I picked a line and went slowly and everything worked out pefectly. The guys followed the same line behind me and we were all set to cross. This is always a fun time on a motorcycle as you always get off and walk around to check it all out. I was a bit worried as smoke continued out of the engine room of the tug, but it never stopped running and crossed without incident. 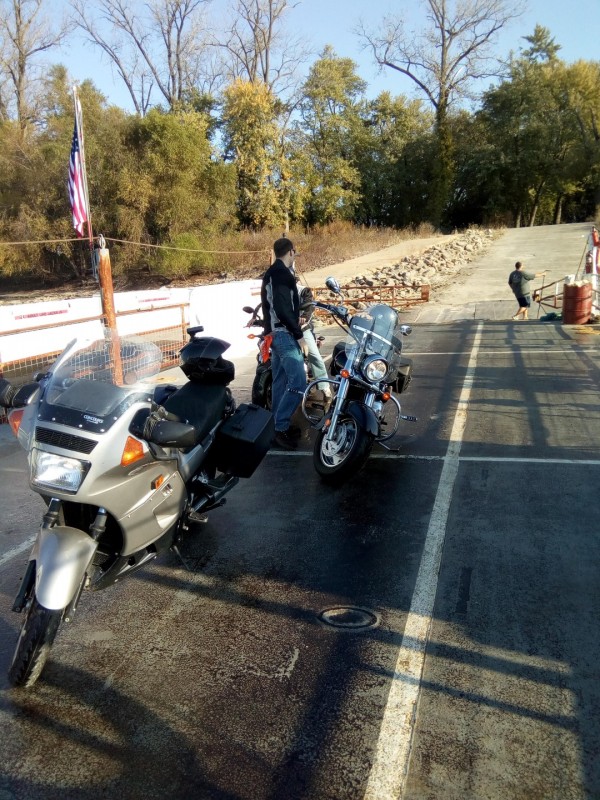 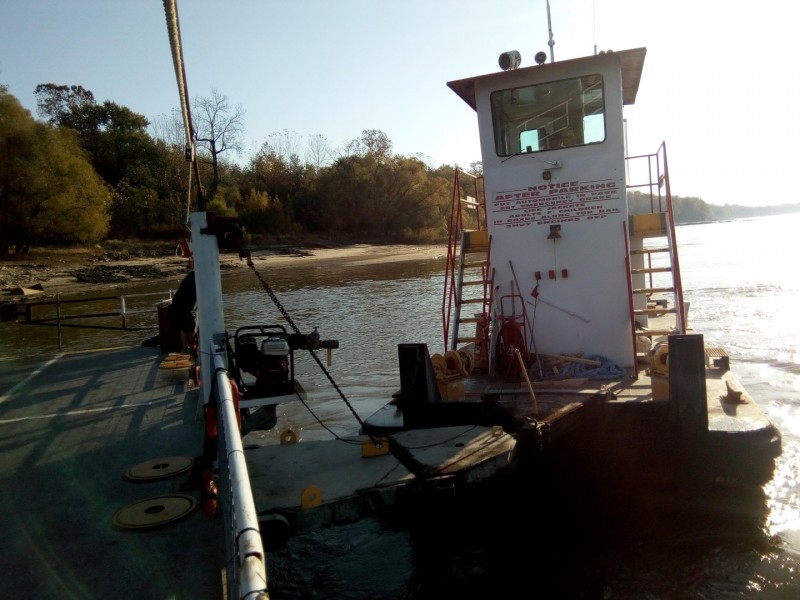 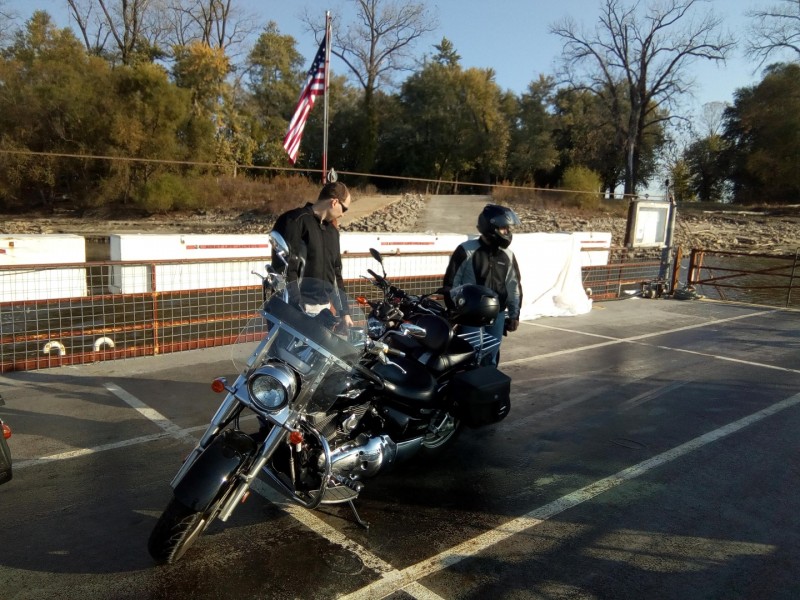 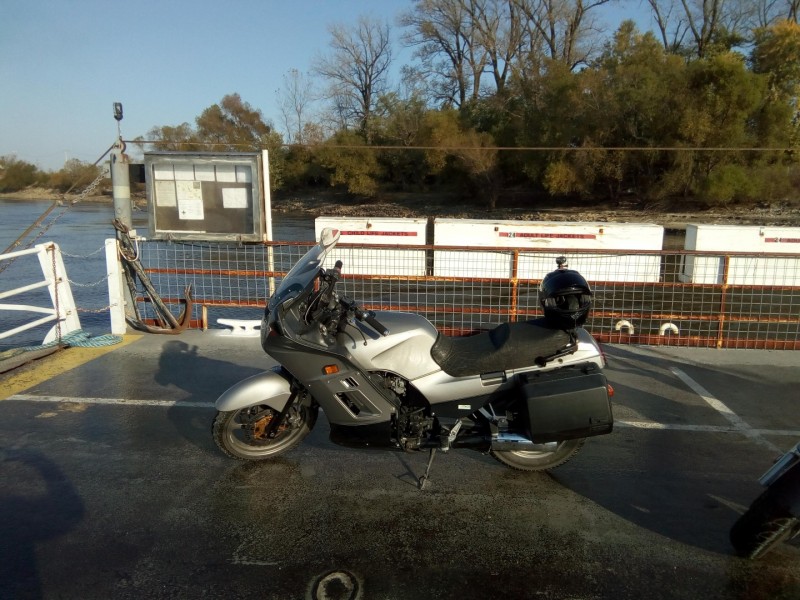 On the other side, I promptly rode up the ramp from the river to the road to meet Eric’s sister Alisa. She was going to join our group to make it a foursome. After a few moments talking to her, I saw Eric park his bike at the top of the rise and walk back down. This seemed like trouble so I excused myself and walked over. Trouble it was.

Jeff’s Suzuki C90 wouldn’t start. It was running perfectly the whole trip (I even rode it while waiting for the ferry). Eric and I pushed it up the hill to the top. It was decided to bump (push) start it. After a few tries with Eric and I panting for breath, it started up. All was not well with the electrical system as can been seen in the video below.

Eventually Jeff’s bike settled down and we were on the road. We decided to take I-55 straight north and get home ASAP. Unfortunately Jeff was almost out of fuel. Eric and his sister had departed earlier so it was just Jeff and I. Unfortunately, to fuel up, you have to turn the motorcycle off and use the ignition key to open the fuel tank. We made three laps around the gas stating trying to bump start his bike to no avail. After two tries, we eventually jump started it with cables from my bike to his.He made it home in after the final jump start to diagnose the issue.

It was quite the eventful ride and most of us had a great time!