We met around 9 am in the morning for this cleanup. I believe it was an event organized by the River Des Peres Watershed Coalition. It had been planned a few months out and had a fair number of volunteers.

At the start, the group was splitting into two. First, a group of people that were set to get very dirty to go down into the creek. There was trash and tires to find and remove. Corvin and Danelle went to this group.

The second group was for people that were not quite ready to get that dirty, that is where Sonora and I ended up along with about 10 high school girls getting service hours. We headed into a small clearing next to a construction site. There we waded ankle deep into trash that was mostly bottles and cups. 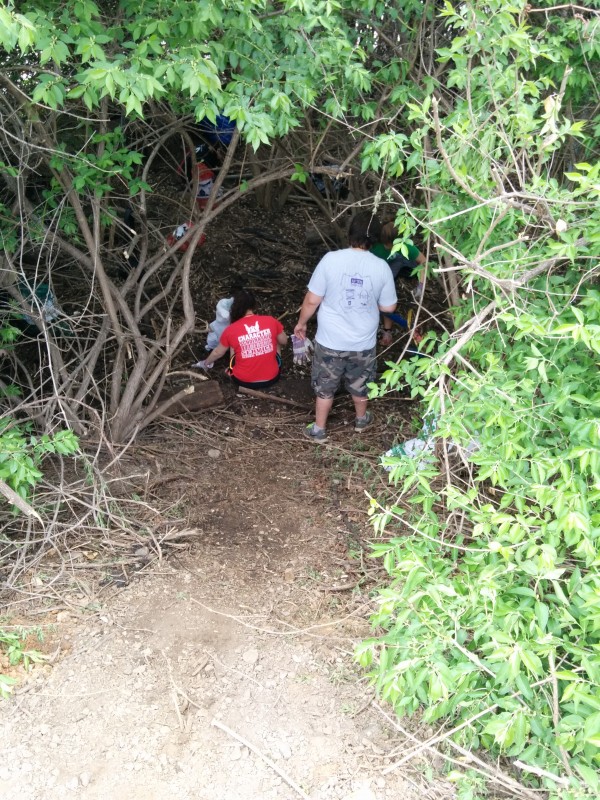 Cleaning up was hard work that required a break half way through. We sat on railroad tracks. Lucky for us, the railroad shut down the tracks for the duration of the cleanup! 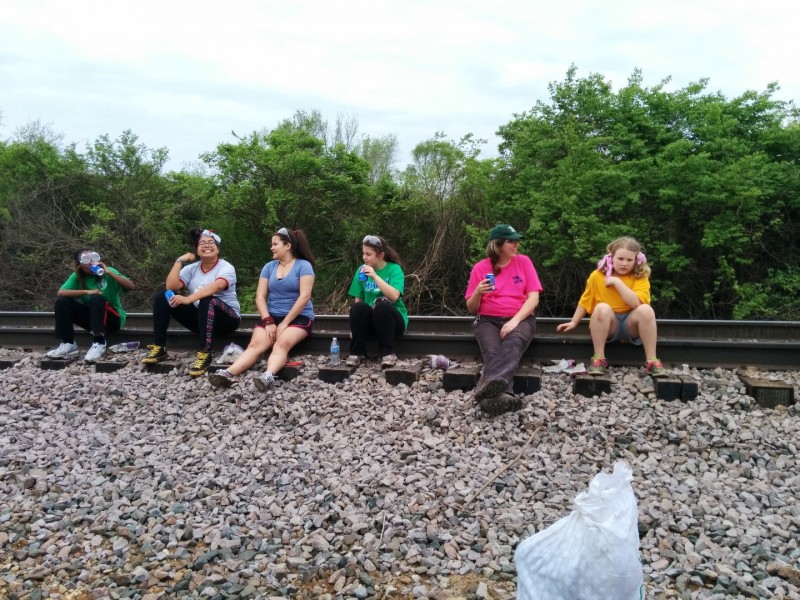 Once all the cups were picked up, there were tons of Styrofoam packing peanuts on the ground. Many of us ended up sitting down on the ground and picking them up. It was hard gross work, but the site is significantly improved due to our efforts.

While we were working hard, Corvin found Eric and rode around like a boss with a big smile on his face! 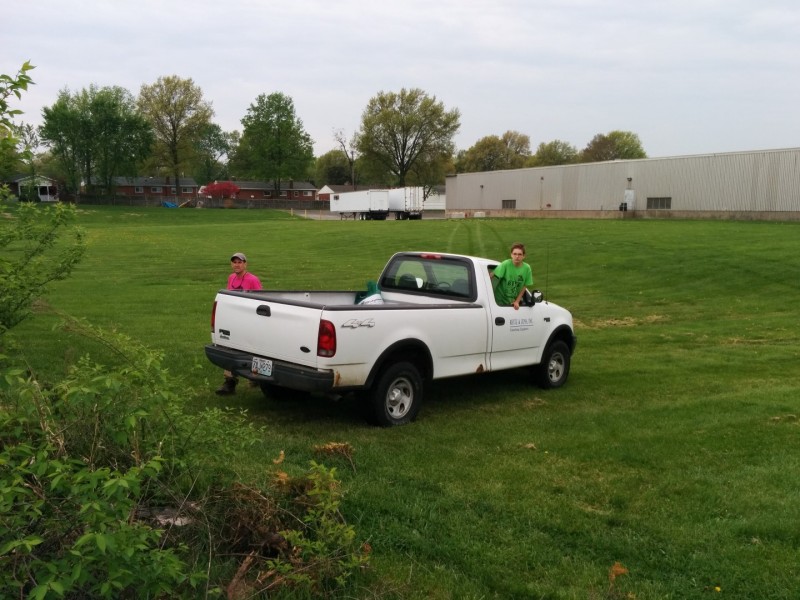