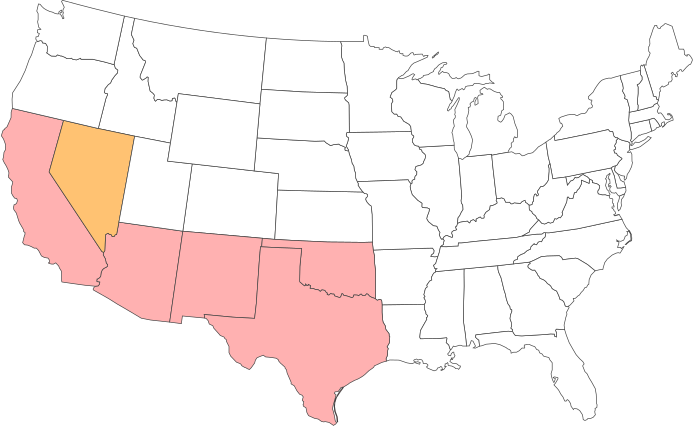 Our next stop was the state of Nevada and specifically, Sin City (Las Vegas). 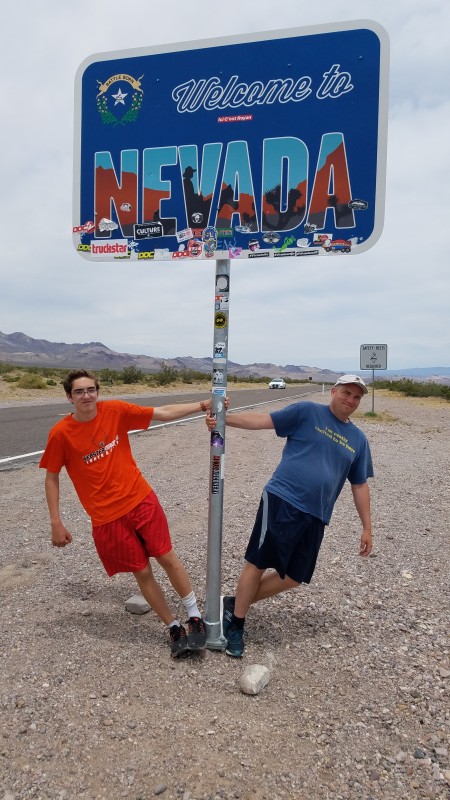 Corvin and I wanted to do something iconic, so we settled for the Las Vegas strip. We had a hotel on the strip.  Before we got there, we agreed that we would unicycle first thing in the morning to avoid the crowds. That was a fantastic idea as the crowds were insane in the evening and would have provided little room on the sidewalks or street.

In the morning, there were still an eccentric collection of people out and about. However, we had the sidewalk and a small amount of street riding to ourselves. Mostly city workers cleaning up after an evening’s activities. 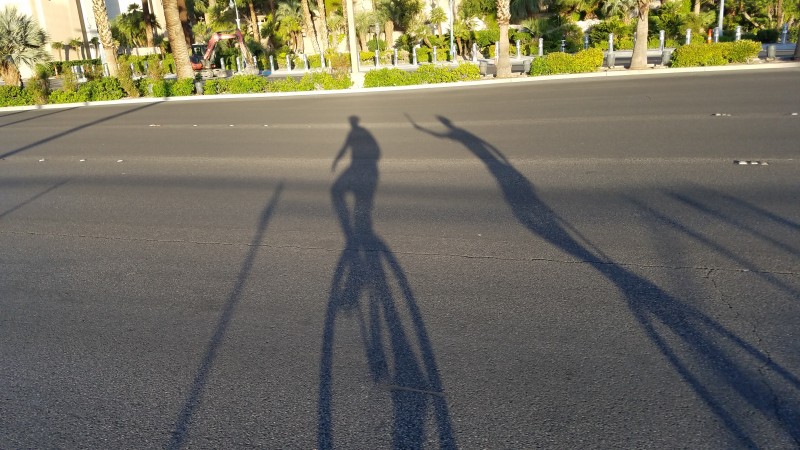 On the south end of the strip is the iconic sign for the city. There was a line of people there getting photos early in the morning. They were amused by us riding up and we had plenty of time to get our own photo. The green “grass” in the background is actually artificial turf. It makes sense as it looks good and doesn’t need maintenance. 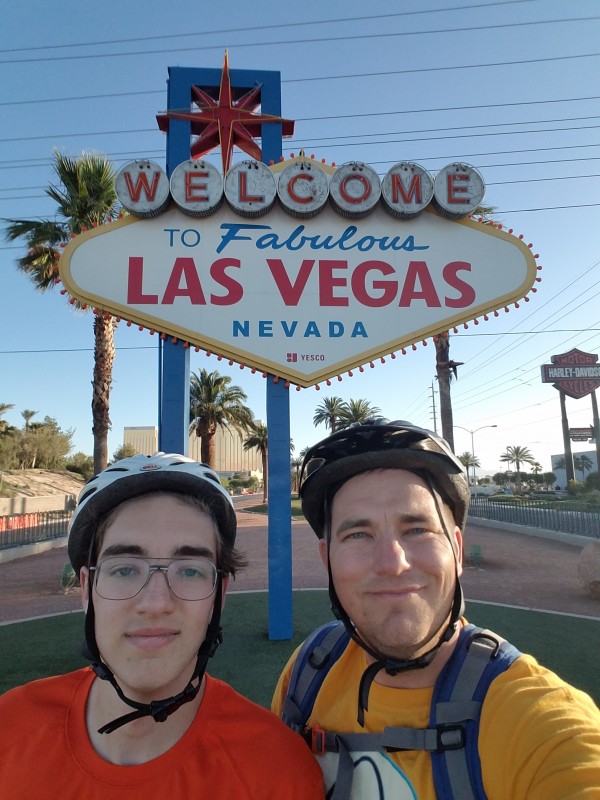 After our ride, Corvin started working on recording our statistics. 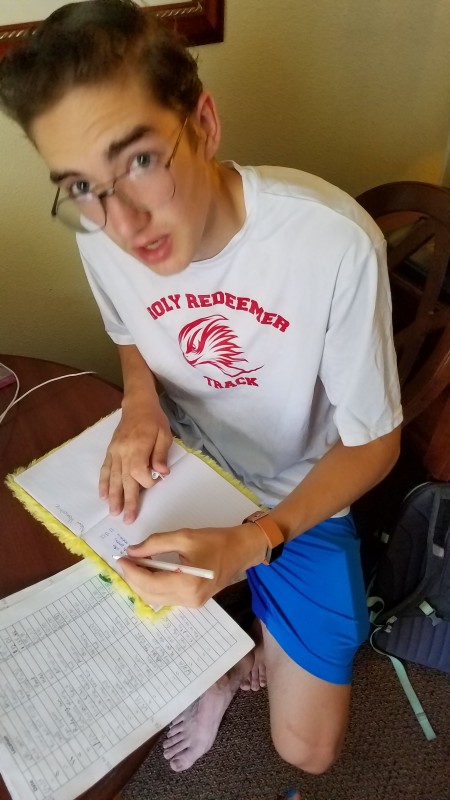 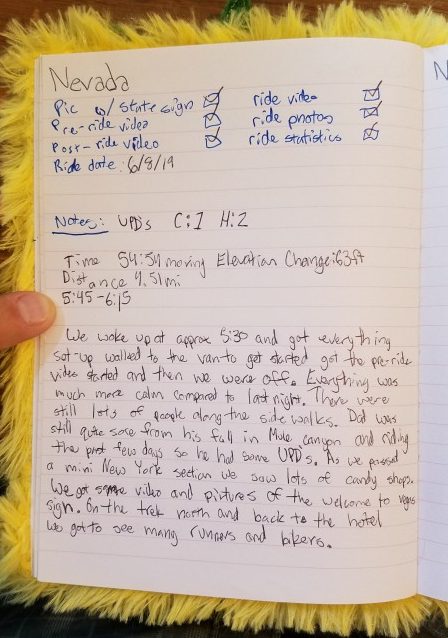 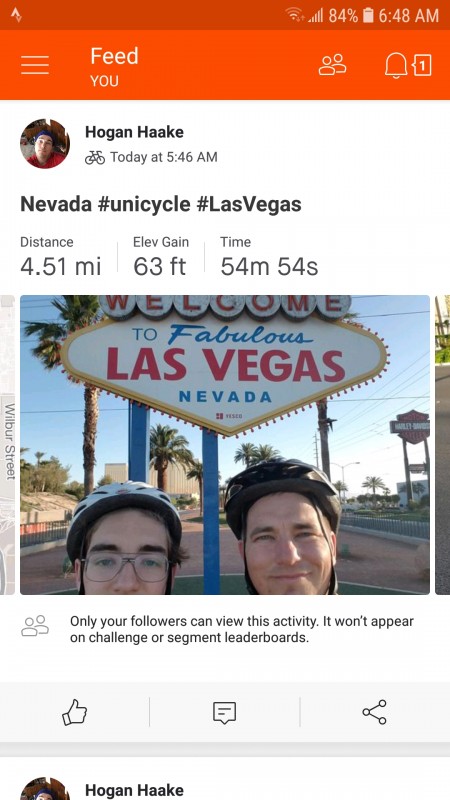