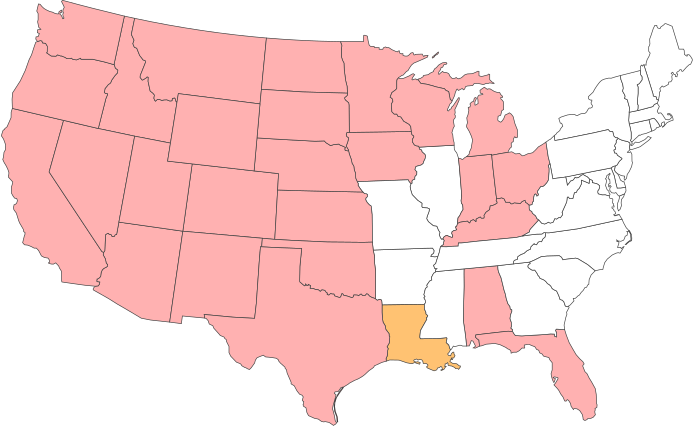 The last state of our 3 day weekend is Louisiana. 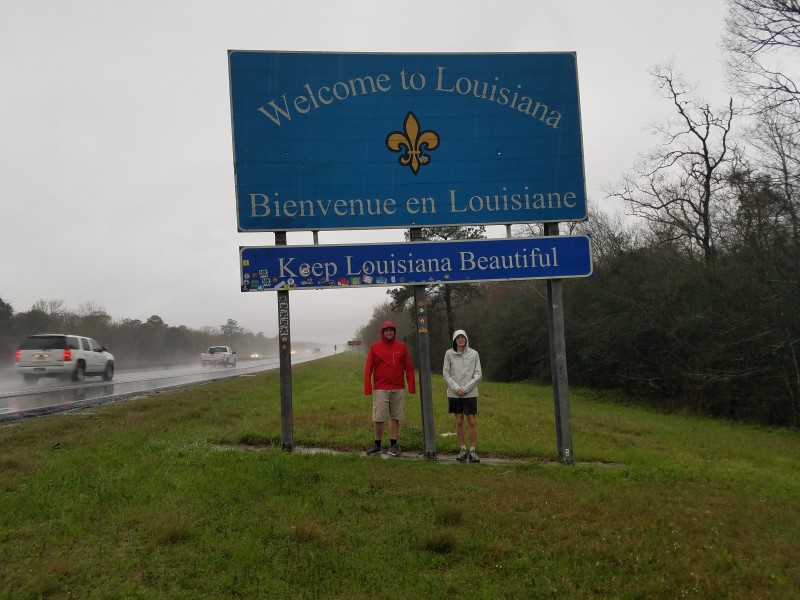 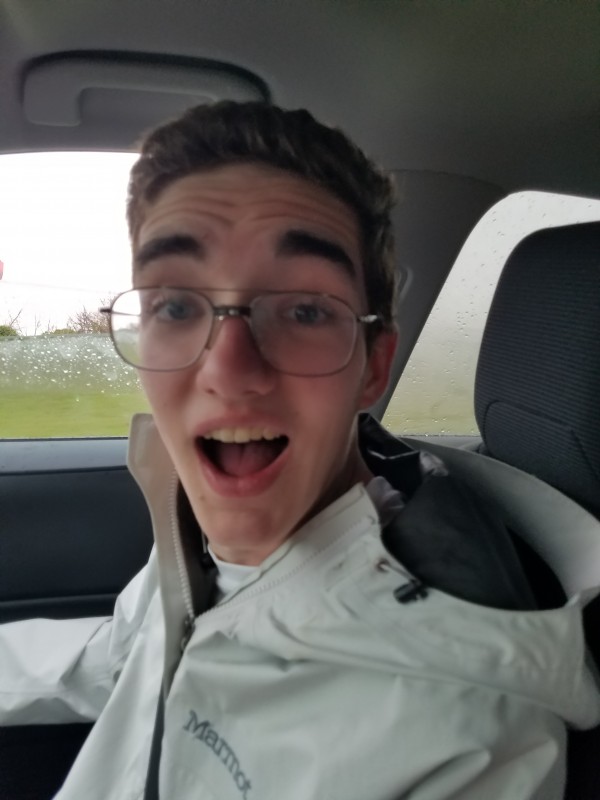 You can see from the photo, it was raining. Not a great thing when you want to be outside uni-cycling. We took a detour south of New Orleans to visit Fort Jackson.  We’ll cover that visit later in another post. After our visit, we went back north to New Orleans. There, Corvin and I were surprised to realize that there were parades. It was the weekend before Mardi Gras and the city had already started celebrating. Traffic was high, causing us to drive a bit before we found a suitable parking garage.

We managed to see some of the parades and get to Bourbon Street. We managed to get a meal on a balcony overlooking the madness. Corvin got to try some of the local fare and we generally had a good time. But time was running out and we still needed to unicycle. We went back to the car and drove across the Mississippi river. We were going to unicycle in Algiers, New Orleans. There we would look back across the river to downtown.

Always concerned about parking we ended up parking in the lot of the local police station. I figured it would be legal and safe. It must have worked because the car was still there when we finished, but I’m getting ahead of myself. 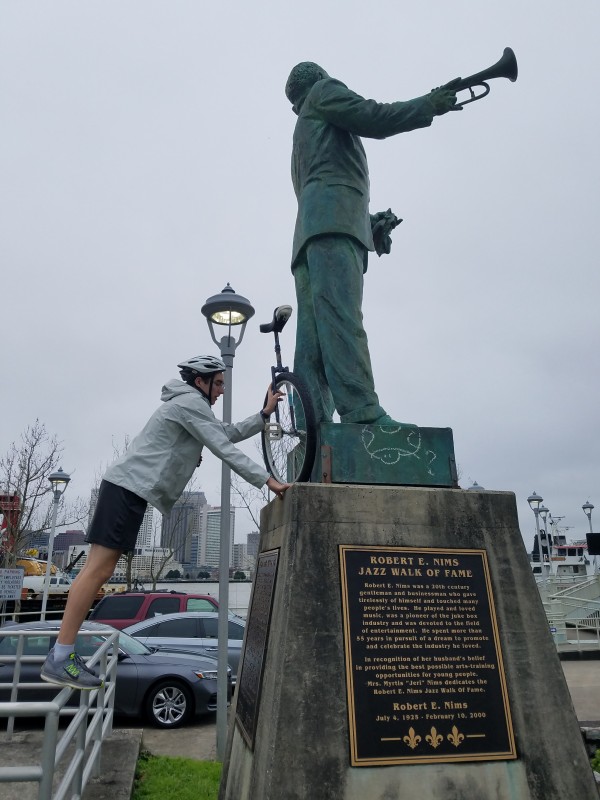 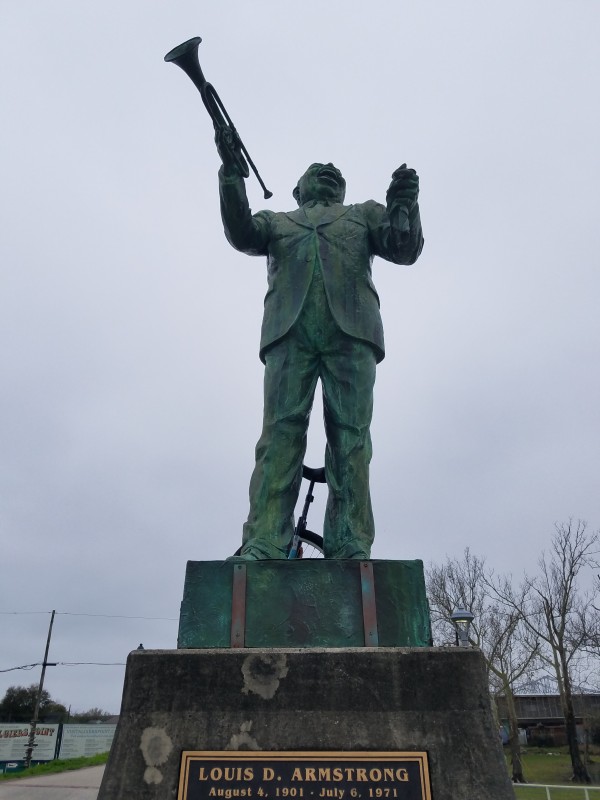 We did our best to make the Louis Armstrong statue pose with a unicycle. Unfortunately for us, the base was high off the ground and everything was still damp making climbing dangerous.

Corvin holding both unicycles allowing me to get a photo. 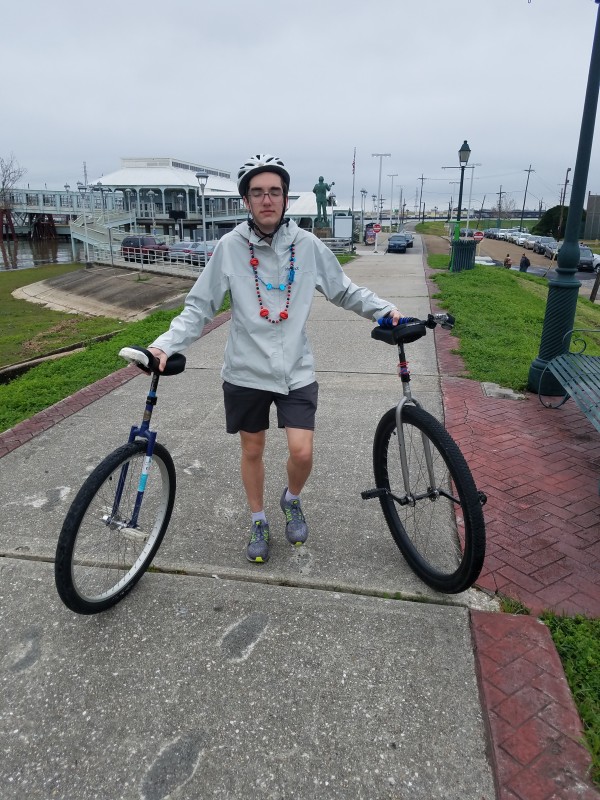 The photo we were getting ready for. 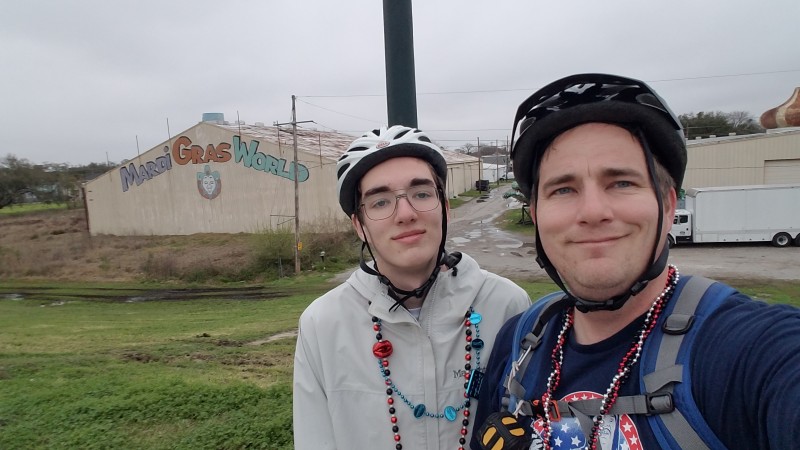 Corvin was getting sick of me acting like a child and saying, just wait for one more boat to go by. 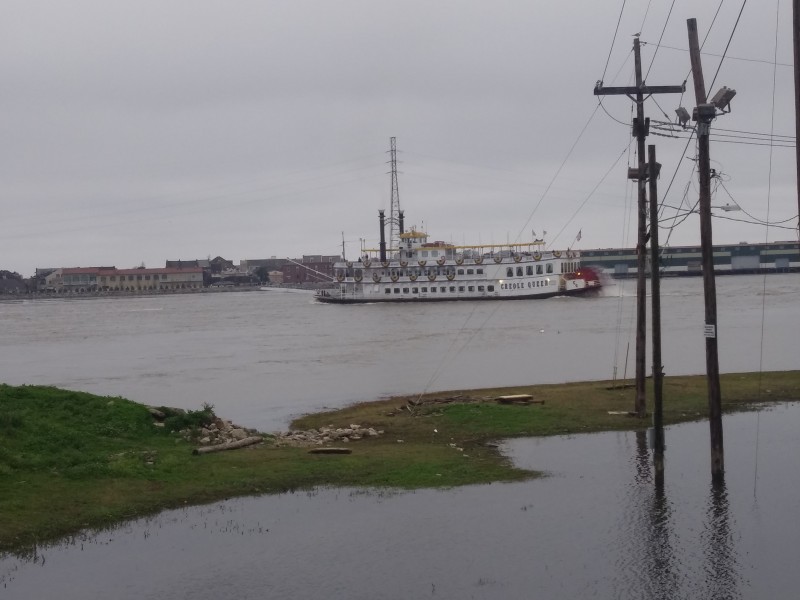 Unicycles near the river. 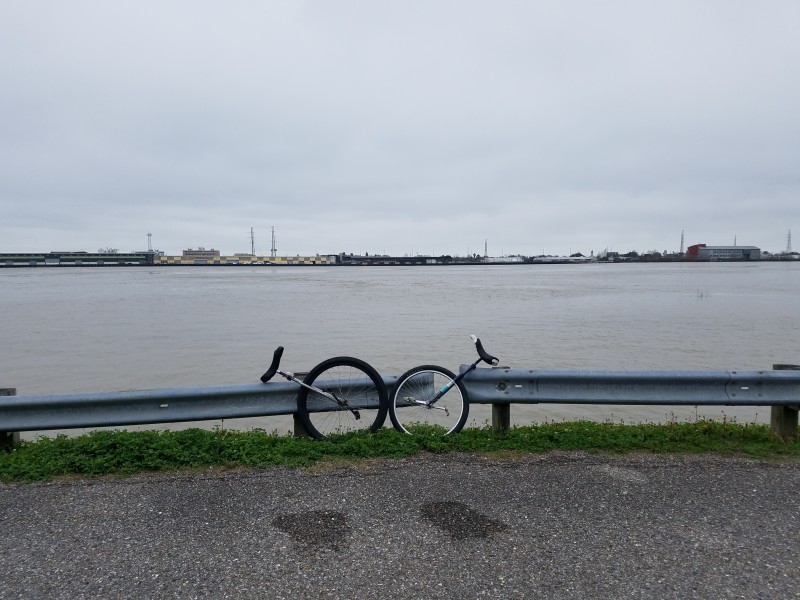 Look another boat. Cool thing about this boat is that we took a ferry across the Mississippi about 4 hours earlier and saw the same boat during our ride continuing upriver! 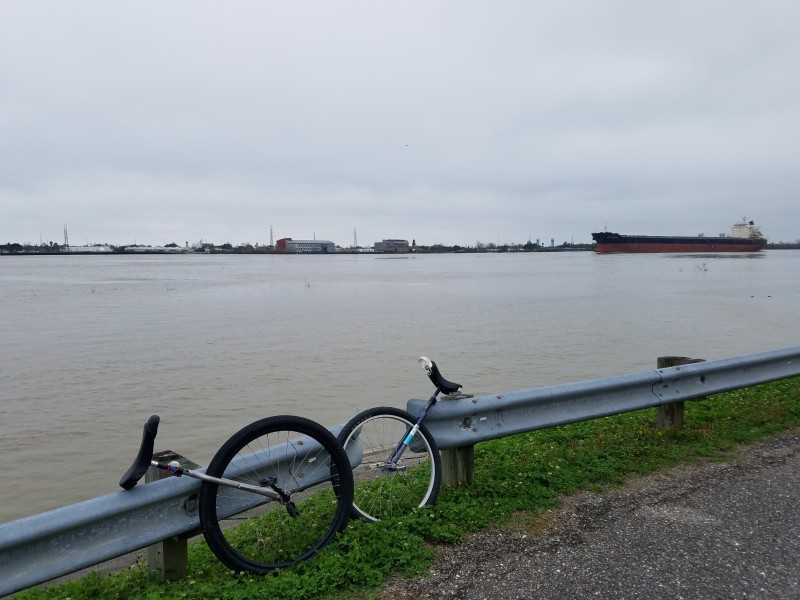 And a speed up view of the boat. This shot took about 2 minutes to record. 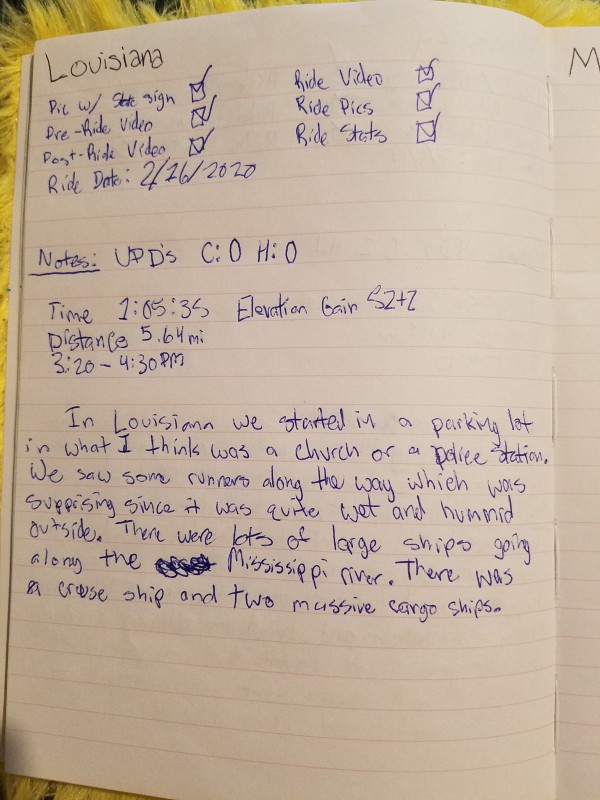 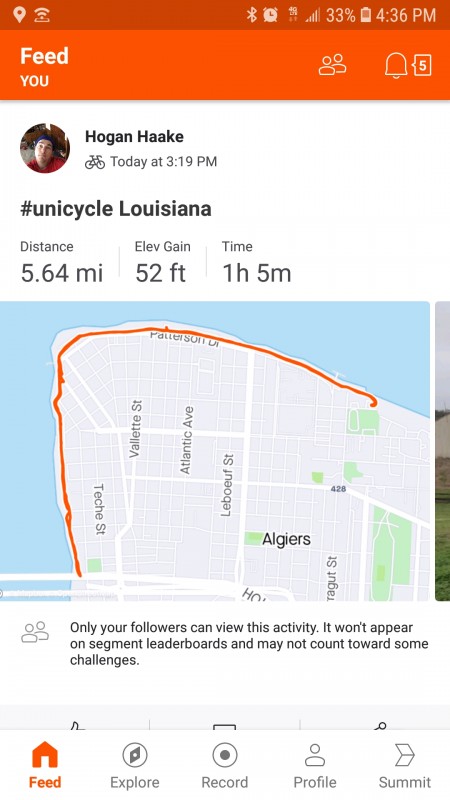