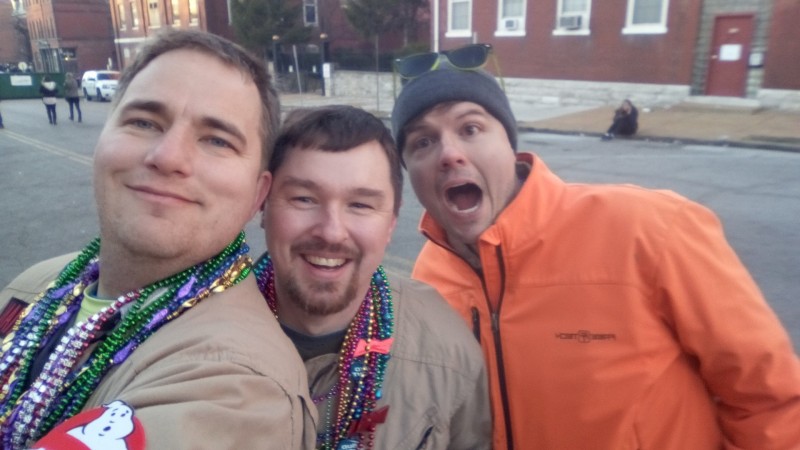 I’ve been to Mardi Gras too many times, and this is just one more. I’m the bridge between two groups that all come together to get drunk and walk the streets. This year, Hanna’s friend Jen came to join our crew. The first step is always getting in costume. After the pink suit I wore last year, most of the group wanted in. Cory came to the rescue getting us jump suits and iron on patches so we could become the Ghost Busters. 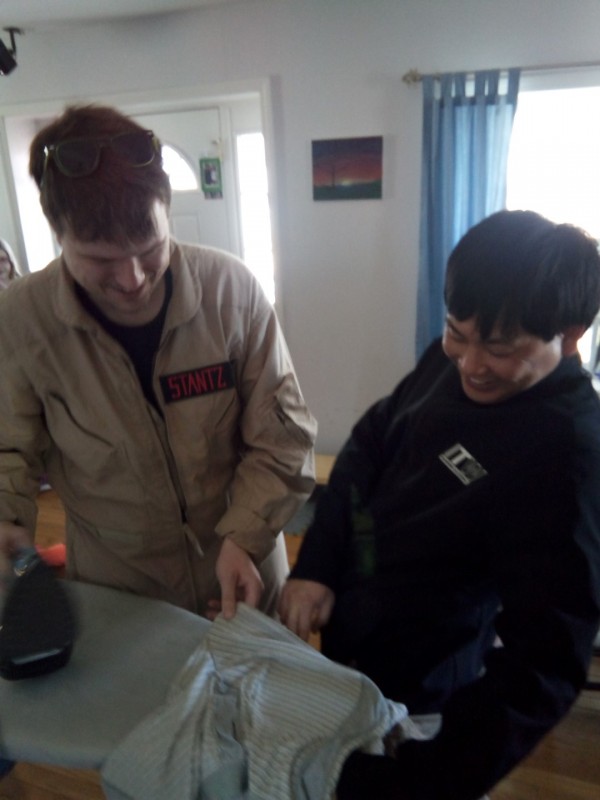 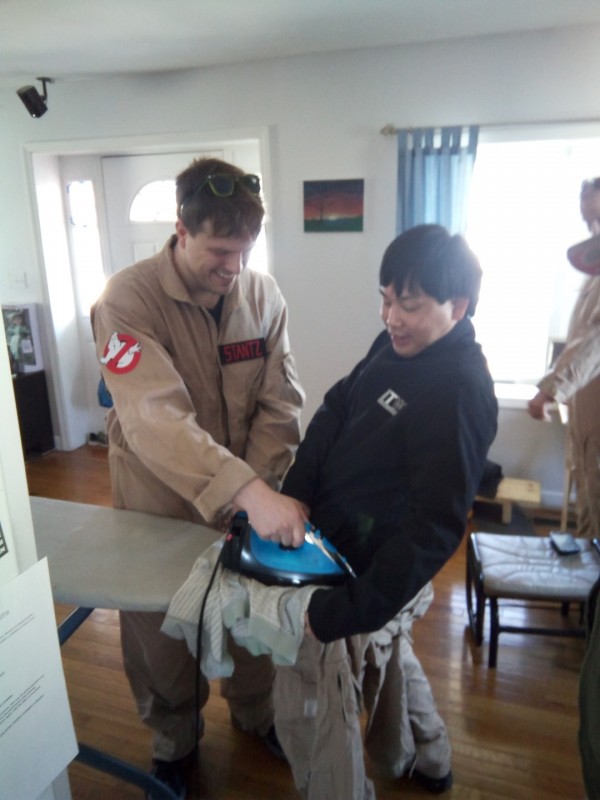 With costumes on, we went for lunch before heading out to the party. Its fun to go in costume and gets looks! 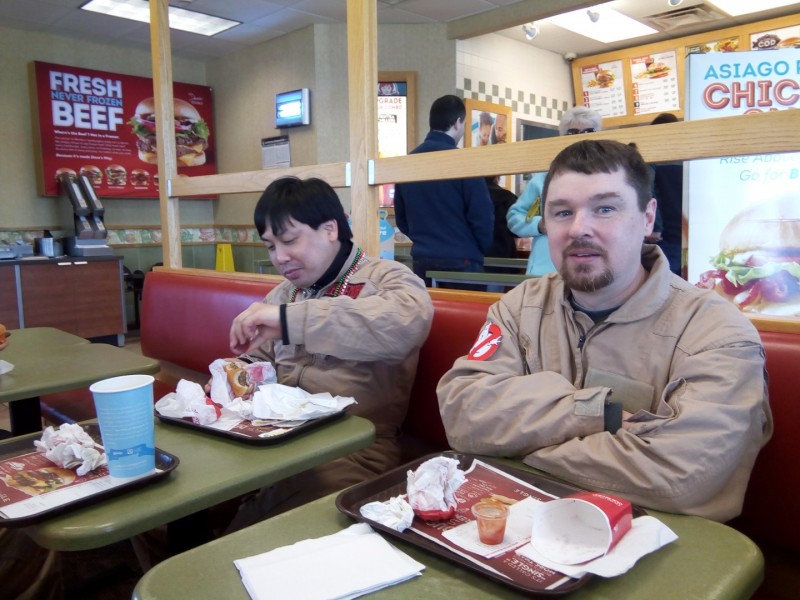 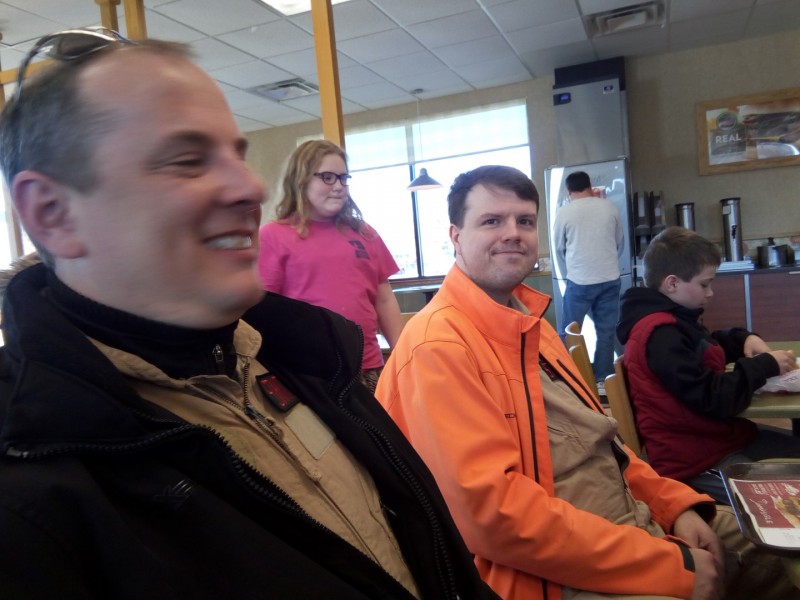 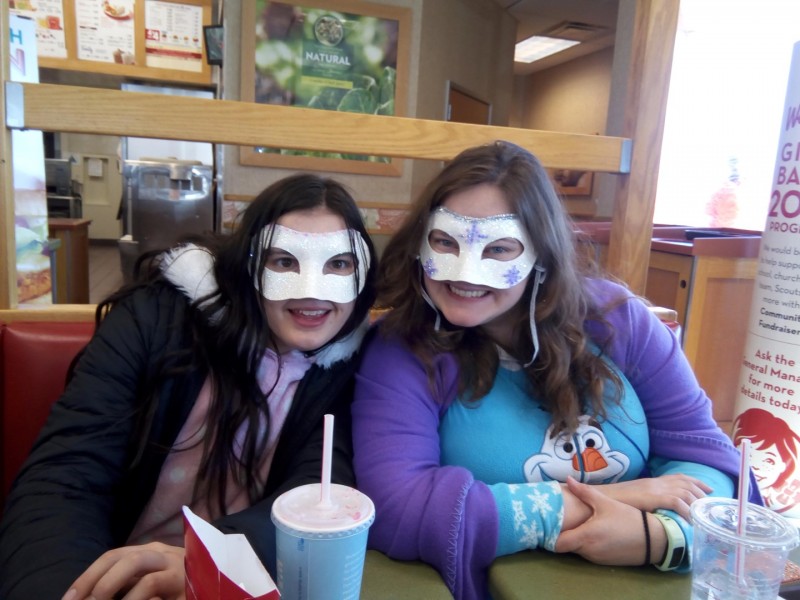 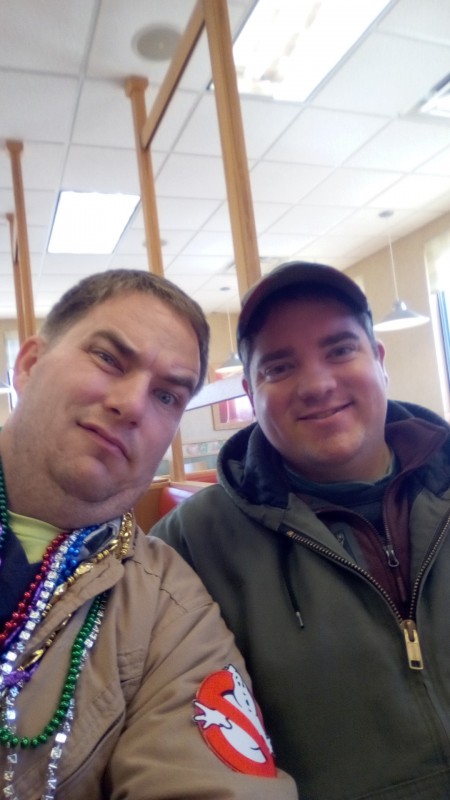 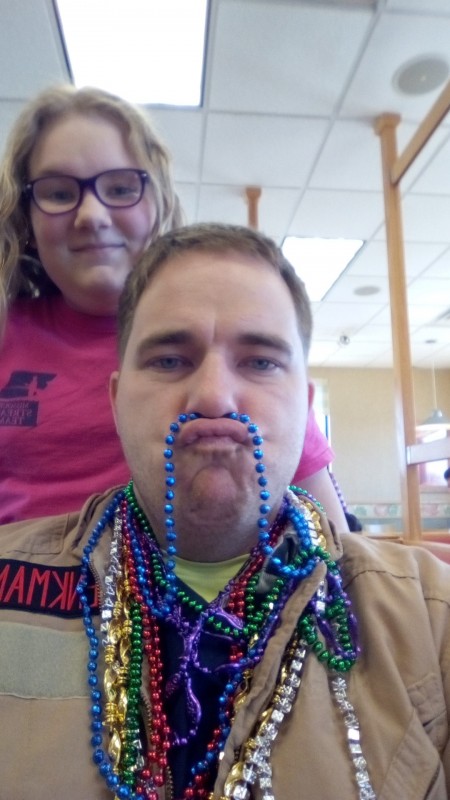 Once properly fed, we took the Metrolink down to the party. This gave us a chance to mingle and warm up to the party, and time to sober up on the way home. Here are a few photos from Mardi Gras itself. We got a lot of “Who ya gonna call” yelled to our group and requests for photos. 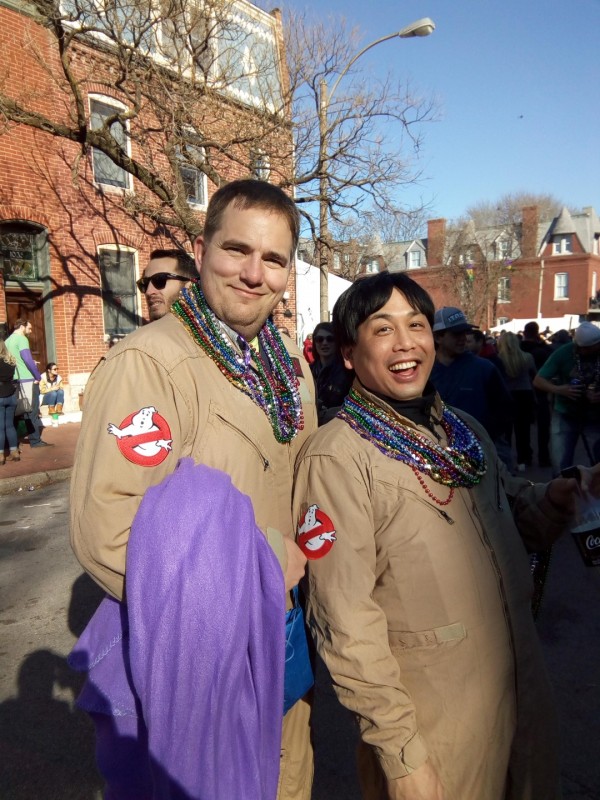 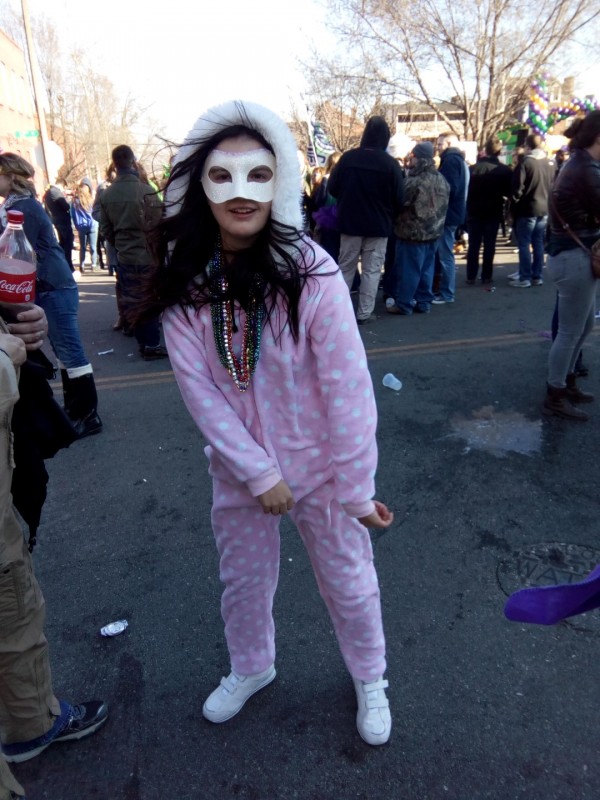 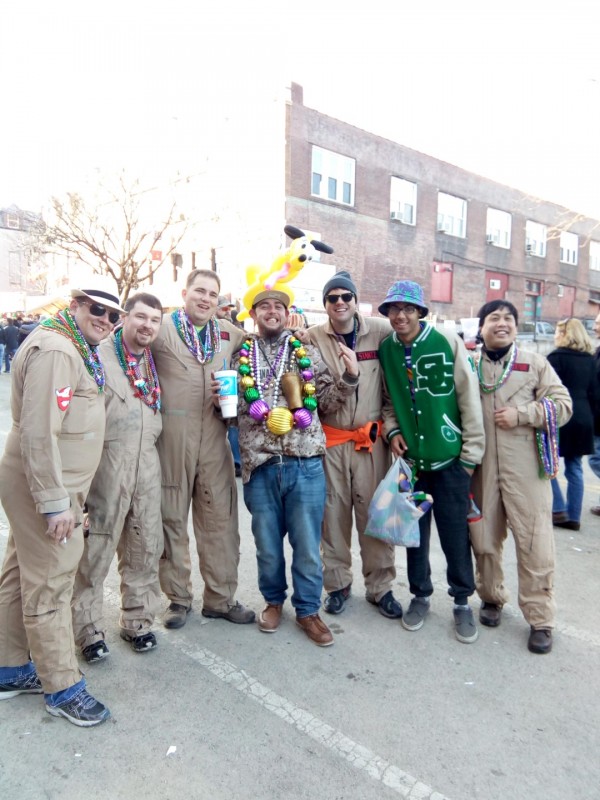 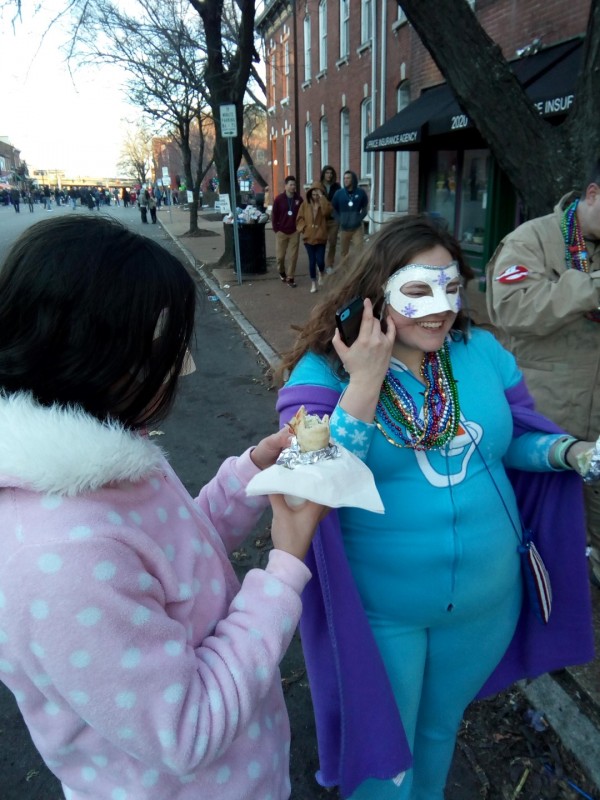 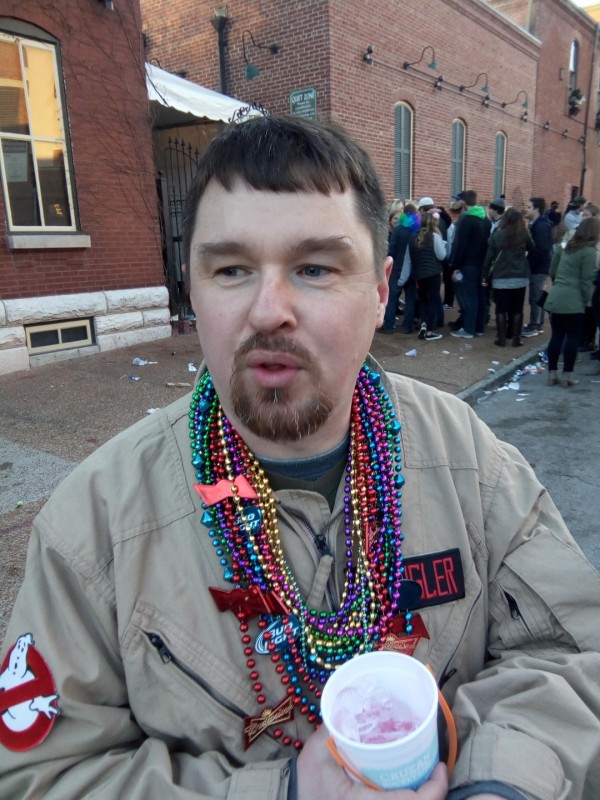 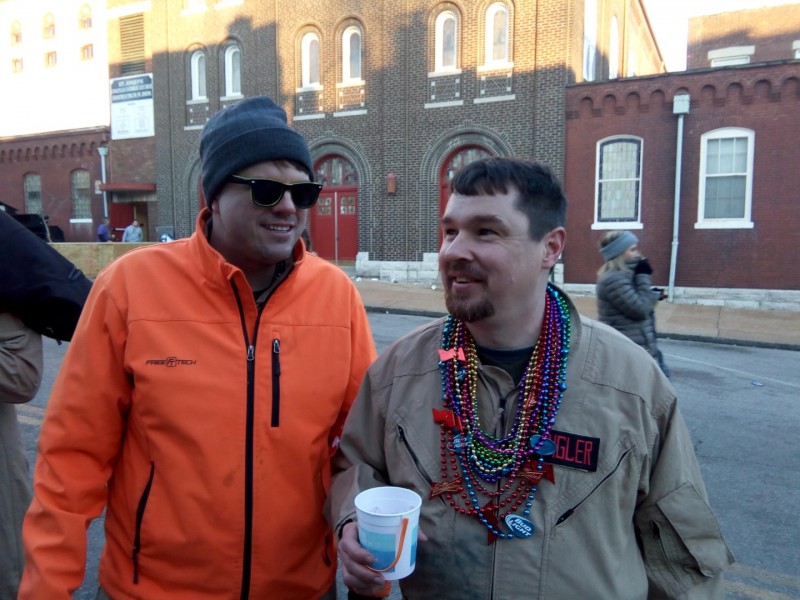 Towards the end of the evening after a few too many libations, Cory bet us he could walk right up on a stage and touch the balloons. We didn’t think he could/would. 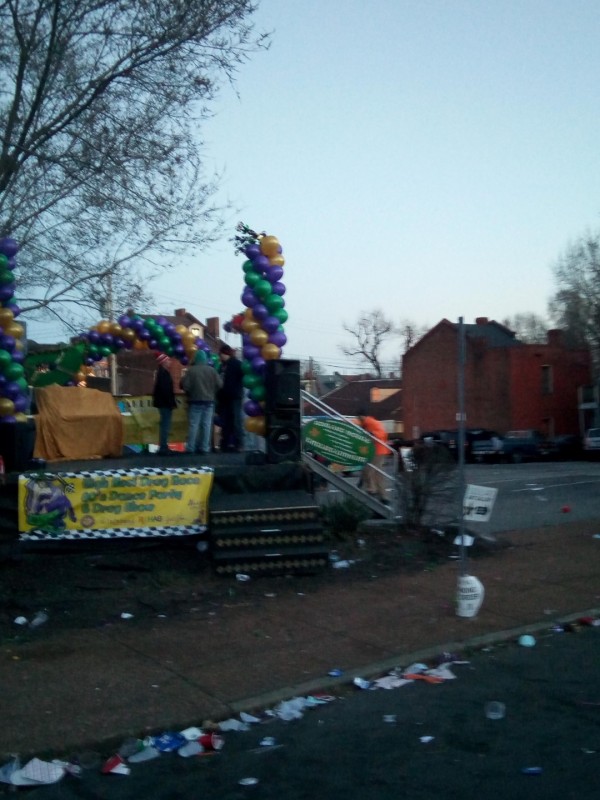 He is in the orange jacket going up the stairs in the photo. Not only did he go up and touch the balloons, he got them to play the (our) theme song for the movie Ghostbusters!

It got dark and cold quickly and our group was loosing conscious thought quickly. A stop to the bathrooms, then we could leave. 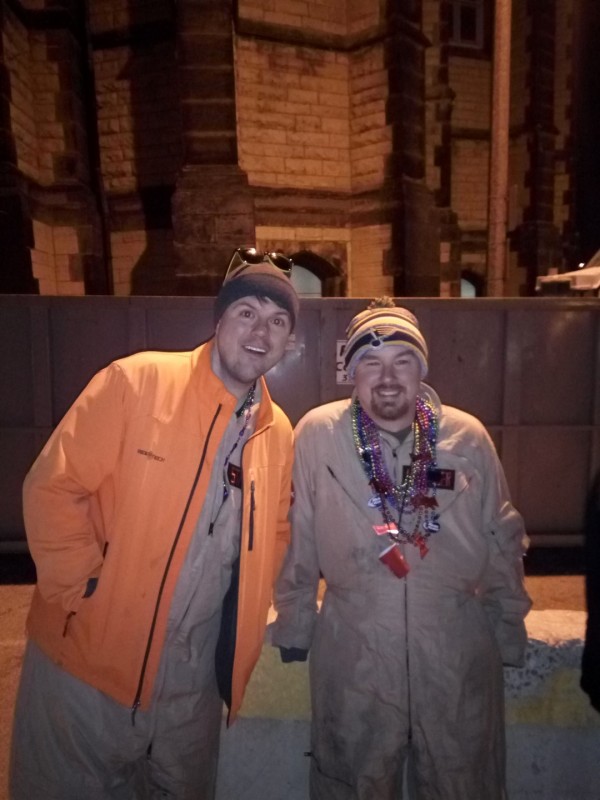 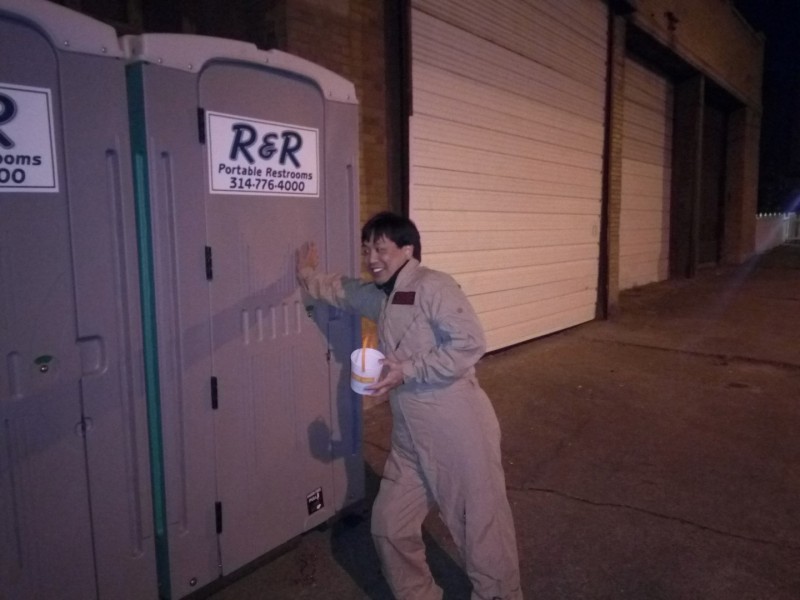 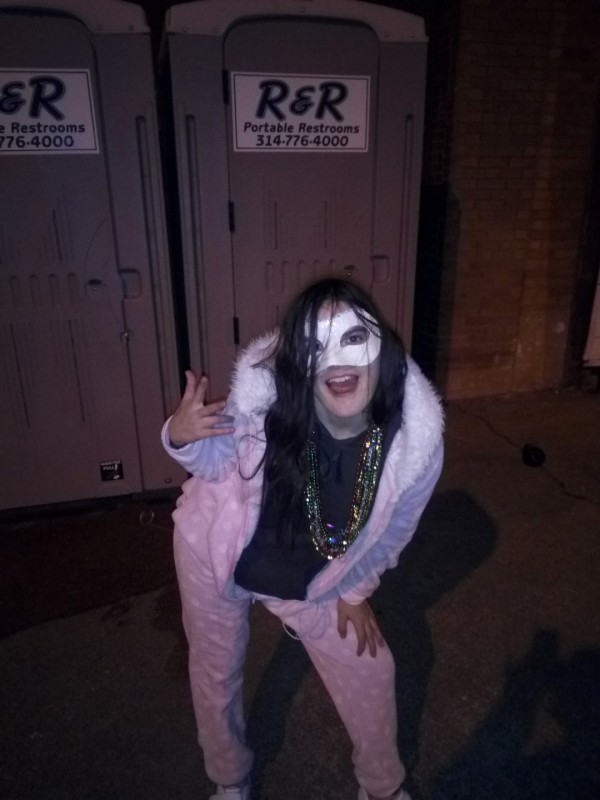 Every year when I write up my thoughts and recap the event, I wonder why I do it. But every January, I start asking my group who is coming with me.