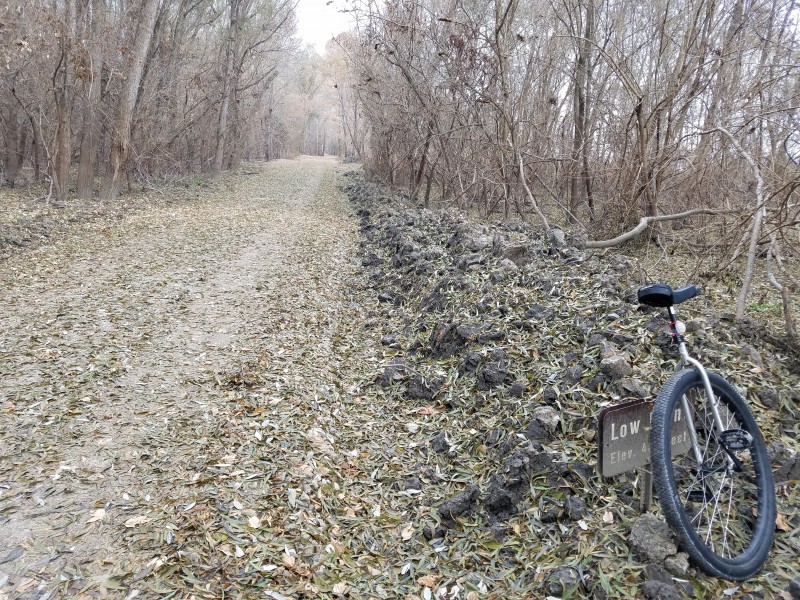 The MR340 race was moved due to flooding several times this year. Ultimately, it was decided that only 3 boats would start due to the extreme cold. I love this community of paddlers. The finish was going to be this night and only 1 boat was left in the race. I thought I could get there early and get a nice unicycle ride in before waiting for the last and only boat to come across the finish line.

The ride started at the St. Charles boat house. From there, I rode the Katy trail out west. I stopped at Blanchette landing to get some photos of the river. 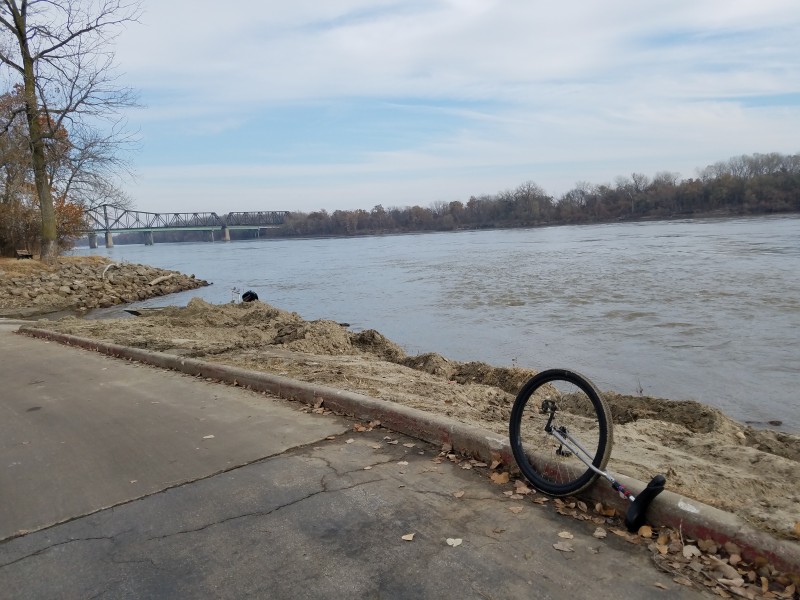 It was fall, so I had lots of leaves to deal with during the ride. 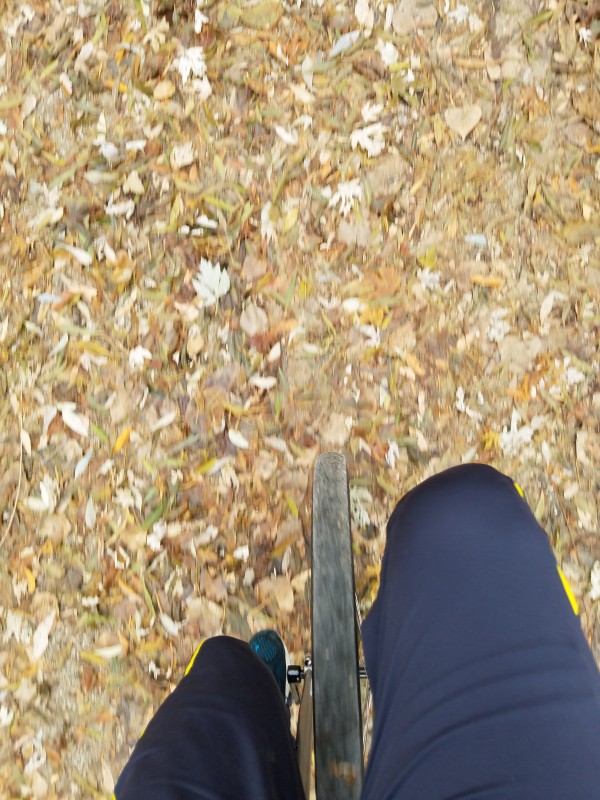 I heard there was lots of mud due to the flooding, but I didn’t get it till I saw how much mud was scraped to the side of the trail!

Eventually, I caught a road between farm fields. It was large gravel. I was able to ride about 90% of it. 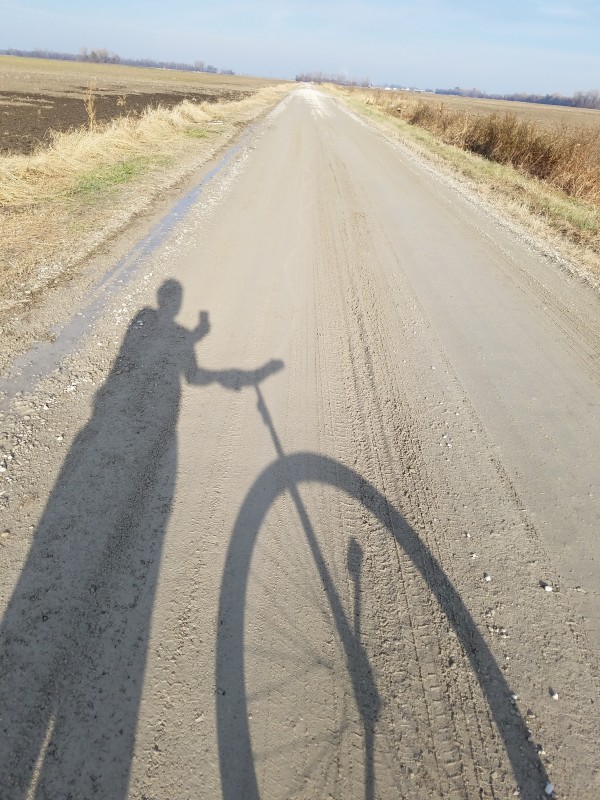 Eventually, I ended up on Route 94 and rode that back most of the way to the boat house. Its not somewhere I would be excited to ride again. A small shoulder and not very flat. It didn’t help that I was quickly getting tired and should have stopped riding about an hour before I did.

Once I got back, I still had to wait about 3 hours for the boat to finish the race, but I considered it a fantastic day and got to hang out with many friends!