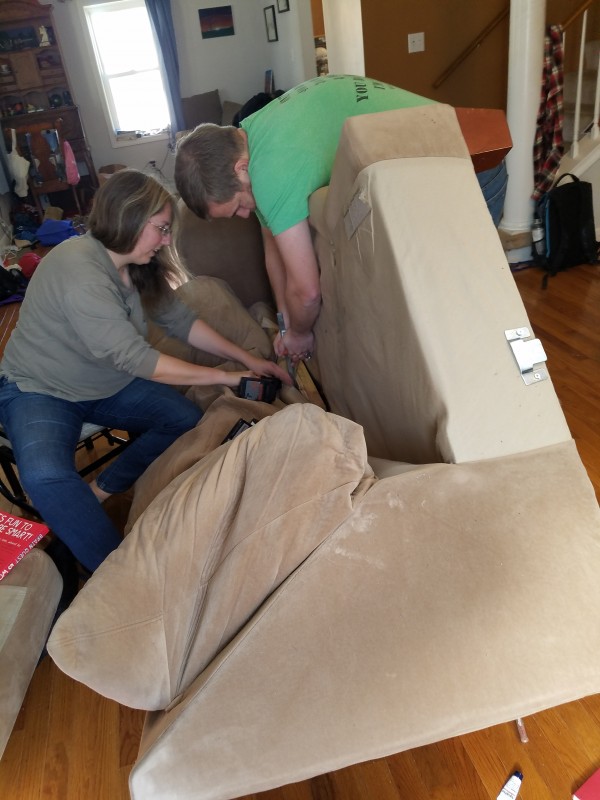 I don’t remember how many years we’ve had our sectional sofa, but it has to be getting close to 10 years. Its taken a lot of abuse from the kids. Lots of climbing over and sitting down hard. Eventually some wood broke and it wasn’t providing the support it was supposed to. Furniture is too expensive to replace unless you have to, so we had to do something. Ok, Danelle did something and I just supervised.

It was  decided after much trial that one of our clamps could be used to hold the broken piece and the 2×4 up in position while the screws were added. 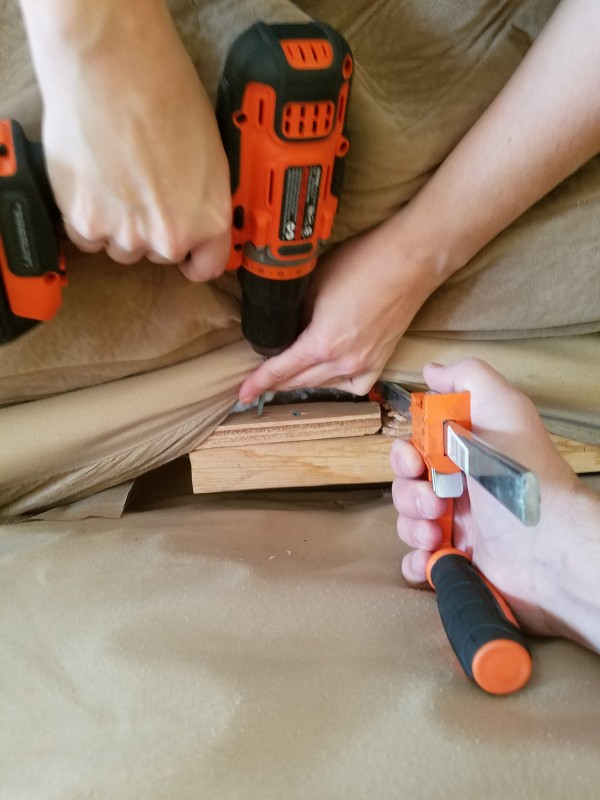 I can report that its been a bit since the repair and it is holding up nicely!