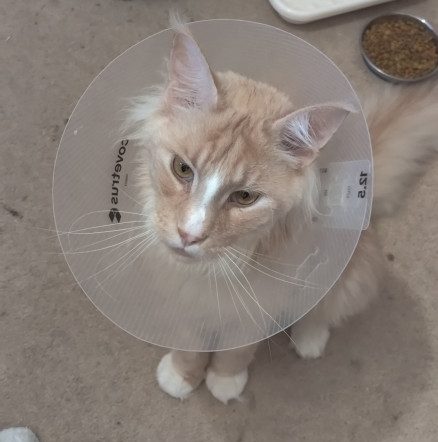 WARNING: This post will have photos of our cat who was sick. There will be some gross photos that you may want to view. I’ll put one cat photo up to give you a chance to abort viewing this post. So don’t scroll to fast if you don’t want to see photos from a sick cat!

So starting with an after surgery photo of Brawndo. Again, they only get more graphic from here.

I woke up to go to work (from home) and started down the basement stairs. I stopped in shock not understanding what I was seeing. So strange I took a photo of it.

It looks like an open water bottle was rolled down the stairs but it still doesn’t look right. I figured the kids made a mess and stepped around it to get to my work from home desk in the basement. Brawndo was acting a little off, but we figured it was just a silly cat thing. Fast forward to the weekend and on Sunday, we realized the Brawndo had not eaten anything since Friday or maybe Thursday. Our normal vet wasn’t open till Monday at 9am. I figured we would take him in then, but Danelle thought it was worse than that. So we took the cat in a carrier and went to a 24 hour emergency vet in St. Louis. There in the parking lot, we sat for about 3 hours with the cat. They were busy and said they would call us when they could see him.

Meanwhile, dogs kept going in and out of the vet. Around 11pm, they sad a very sick dog came in and it would be a few more hours before they could see Brawndo. Note at this point they had not even come out to perform triage on him. We were frustrated and decided to just go home and to our normal vet the next day at 9am.

Fast forward to Monday morning. I’m down at my basement desk working and I hear a noise. I look over to see Brawndo fall down the last few steps to the basement floor and he can’t get up. At this point I really started to worry about him. I picked him up and took him up to talk with Danelle. She took him to our normal vet to be looked at promptly at 9am.

It didn’t take long before our normal vet called and said that they couldn’t help him and recommended an emergency vet (not the one we went to the day before). We picked up Brawndo and went directly to the emergency vet. Long story short, they kept him 2 nights and did surgery on him and pulled out a large blockage from his intestines. He came home with a big stapled wound. 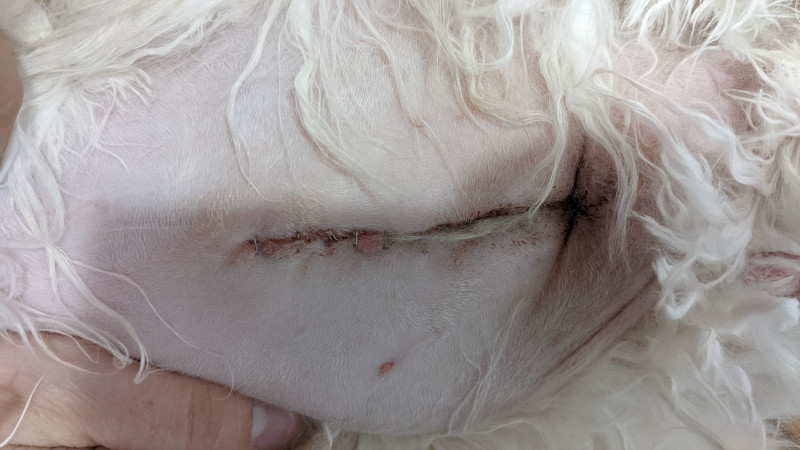 Events get a bit blurry as this happened a bit ago, but he ended up back at the emergency vet because his wound smelled horrible and they performed another “lighter” surgery to clear out the infection.

Then about a week after that we woke up one morning to a bloody mess and more infection issues. 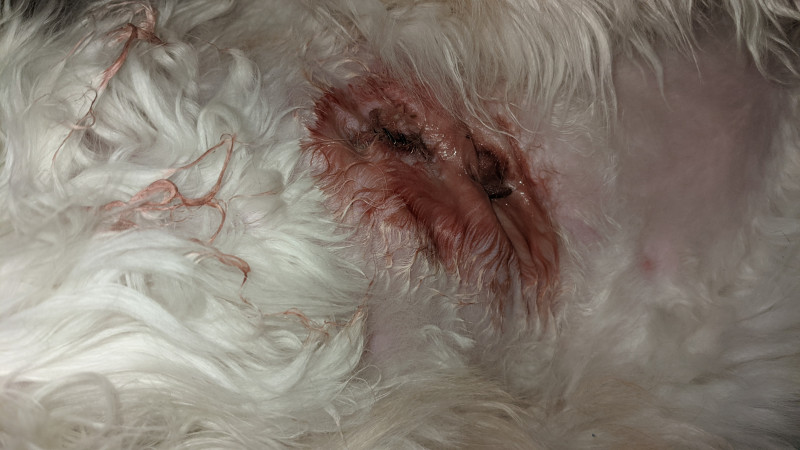 Some of his staples got infected and we had to leave the wound open for another few weeks. We could hear air coming in and out of the hole while it was healing…

Anyway, he is better now, but what a freaking mess of  over a month healing. He’s better, but the antibiotics don’t help cat digestion either. He had a day where he liquid pooped all over our home office getting my computer mouse (I got a new mouse) and a bunch of outer stuff. That took 3 of us an hour each to clean up. 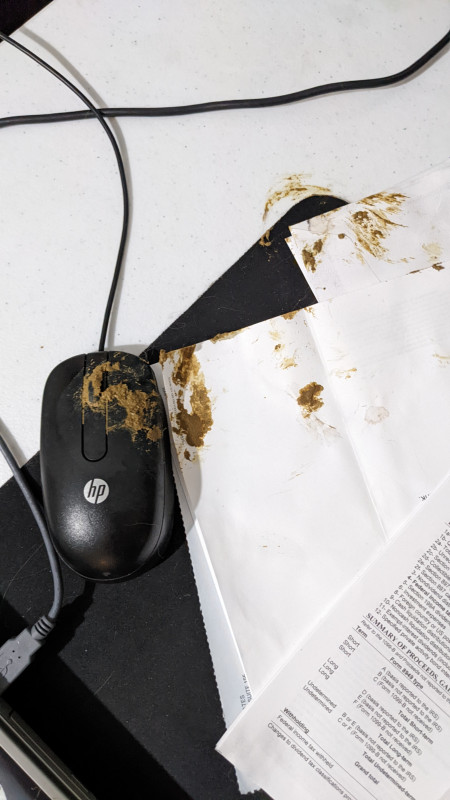 After the pooping issue (we got medicine to stop that), he managed to puke over the same laptop, ruining the screen. Lucky for me I wanted to upgrade as it was old anyway. If the cat wasn’t so adorable, I’m not sure what we would have done. 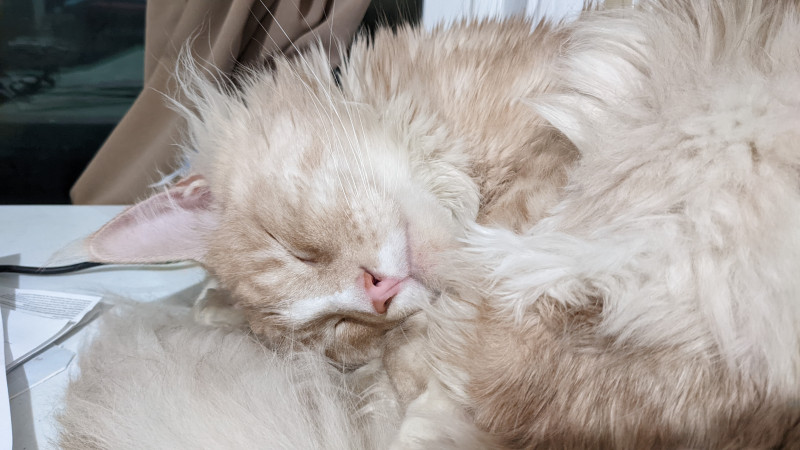 We’re glad he is healthy again, but what a ride to start the year!