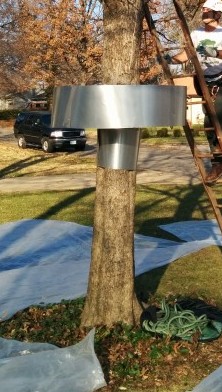 Danelle’s parents planted some pecan trees in their front yard many years ago. The trees have had many years to grow up and now product pecans. They have spent quite a bit of effort keeping the squirrels off of the trees to protect the nuts.

Because they did a good job protecting the pecans from the animals, the crop of pecans was quite large. Unfortunately, with them up in the tree, the nuts drop randomly and they don’t end up getting nearly as many as available.

In order to combat this year, Danelle had one of her co-worker’s husband Gee (or it could be Guy pronounced as Gee. Sorry if I got it wrong.) came out to help. Gee is a trained tree climber with proper gear to make it safe. We laid out tarps on the ground before Gee got there to ensure that we wouldn’t have to pick up every pecan that fell on the ground.

Gee wasted little time getting out his gear and securing a safety line to assist him  climbing up the trees. 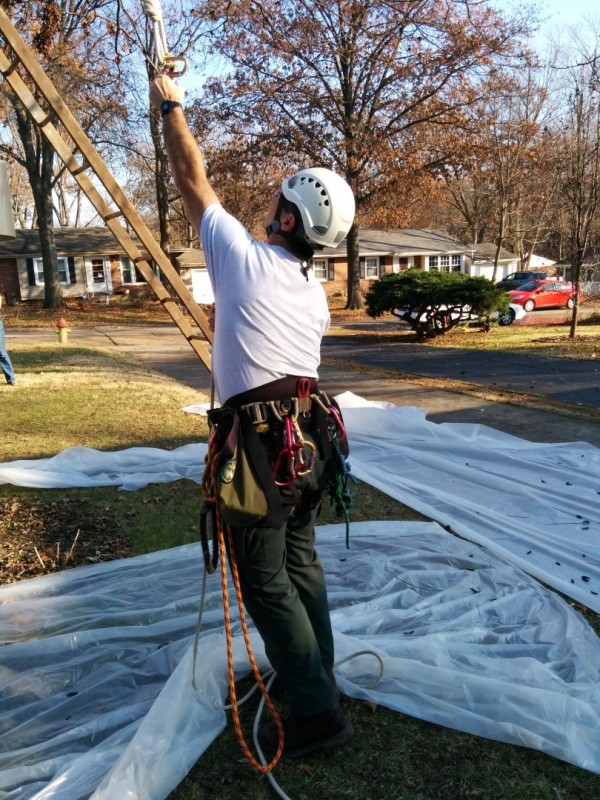 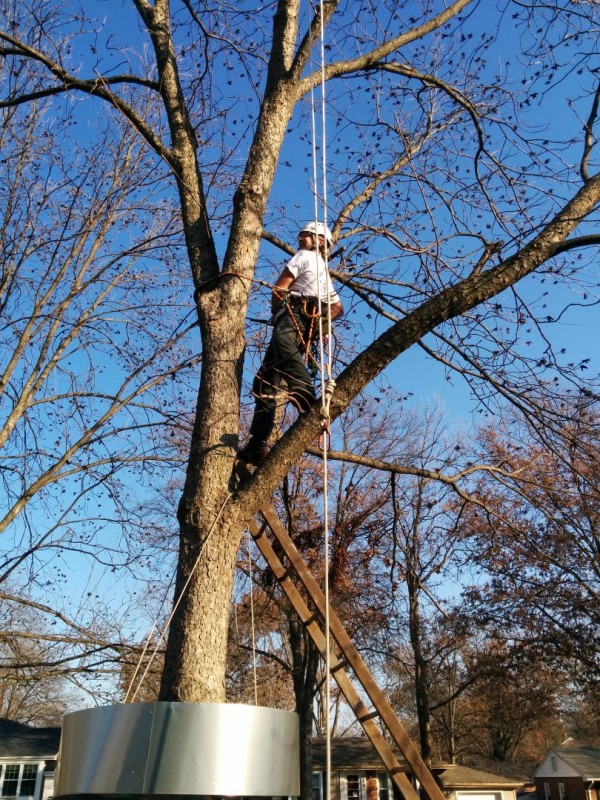 Once up in the tree, he used a combination of his safety equipment and agility to shake the branches, dropping the majority of the pecans of each tree down on the tarp. While this sounds easy, it took quite some time for him to get all of the trees cleared of their pecans. I felt guilty just watching, but that was remedied by having to crawl on all fours and pick up pecans that didn’t make it on the tarp. 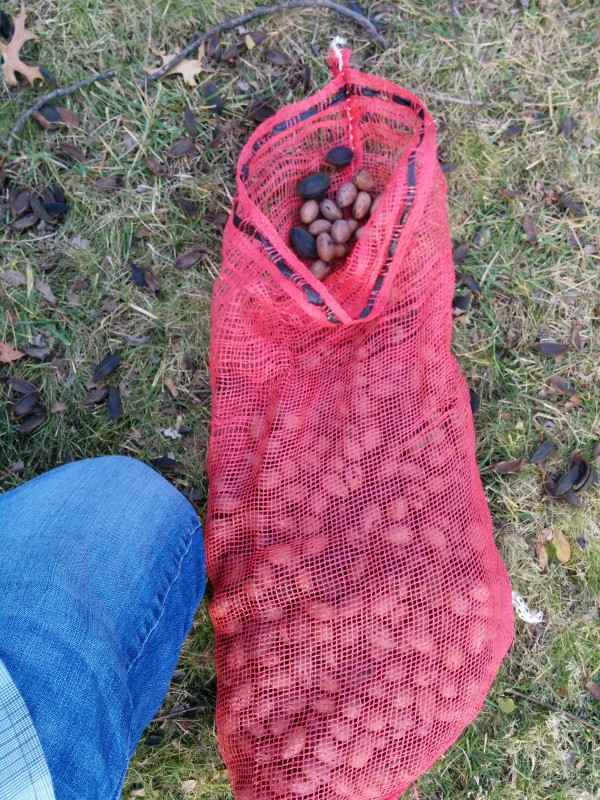 Thankfully, the weather was great and lots of family made it less work, as we all did our part and had great conversation. Thanks to Dianna and Gee for helping make this task fun!