Nordstrom was was having an opening Gala for their St. Louis location. They spared no expense, closing off a large section of the St. Louis Galleria mall parking lot for complimentary valet parking. Tickets were $75 each with the proceeds going to charity. They wanted to launch their store with great fanfare and the type of customers that could afford to shop there. At this point, anybody that knows me, would ask why I was there. I’m too cheap to pay for the ticket, and I don’t care about my appearance. Dressing up for me is jeans and a button down shirt. If you’re lucky, I’ll comb my hair.

It turns out that my brother in law and his wife bought tickets for this event. One of their favorite bands, Naturally Seven, was slated to be performing during the gala. They somehow got two extra tickets and invited us to come along. I’m not one to miss a party with free food and an open bar, so off we went. We arrived at the mall to a huge line of traffic in two cars. We were not sure if the two couples would stay for a similar time or not. I followed Brian through the parking lot until I realized that we were in the valet parking line.

I have some personal issues with valet parking. First is that I hate tipping because I’m cheap. Even with free parking, I didn’t want to feel obliged to anybody. Second is that our minivan isn’t known for being clean. I don’t want to subject a random stranger to my brand of filth. Finally, I am very sensitive about my keys. In the 11 years that I have been married, I have only lost them once… I always worry that the valet will loose my keys. I took a vehicle to the dealership once and when I picked it up, it had a new key. I know because it looked in different shape, and because it didn’t turn the lock like the original one did… So I pulled a U-Turn and parked way out and we walked in.

Once we got in, it took me a while to get used to the store. Because I was not wearing a suit, I was in the minority. I felt under dressed. Don’t worry, I was wearing slacks and a button down shirt. I tried what I thought I needed to do for fitting in. It didn’t take long before we ate the food and started in on the drinks as well. it was weird eating food in a department store. There were not any places to sit, so you had to stand and hold everything. I stuck with dry finger foods so as to not mess myself or anything expensive around me.

Naturally Seven was amazing to hear in person. They are a acapella band that uses their voices as the instruments. I have a feeling that there was some auto-tuning going on, but what they did was still amazing. After their concert, we felt even more comfortable. Only the few photos below and the album can tell the whole story though… 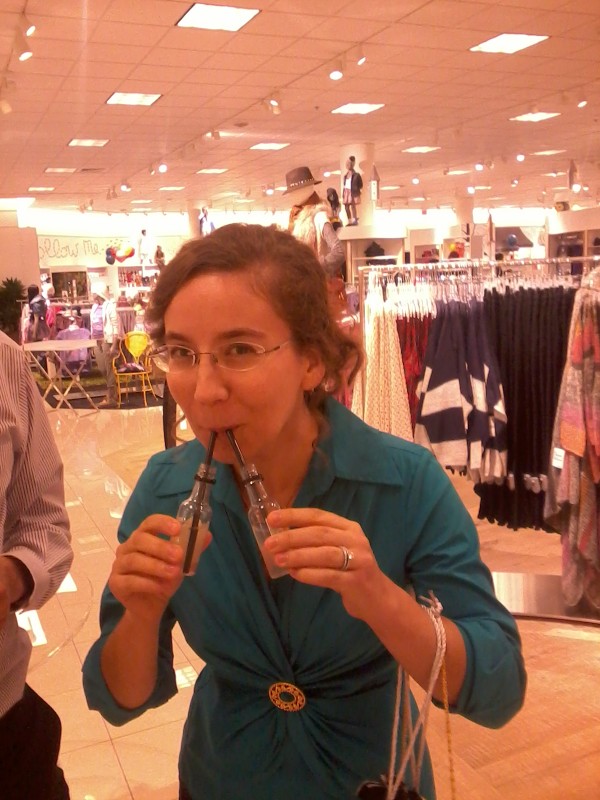 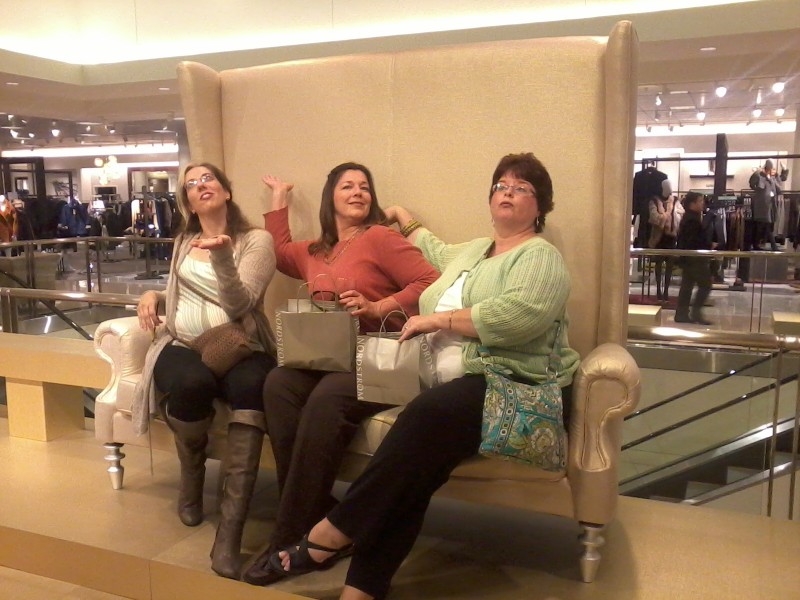 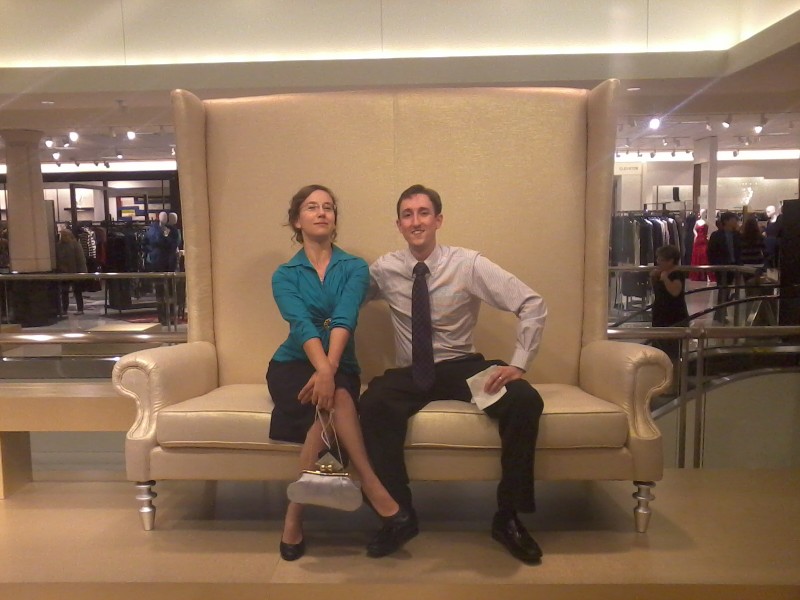 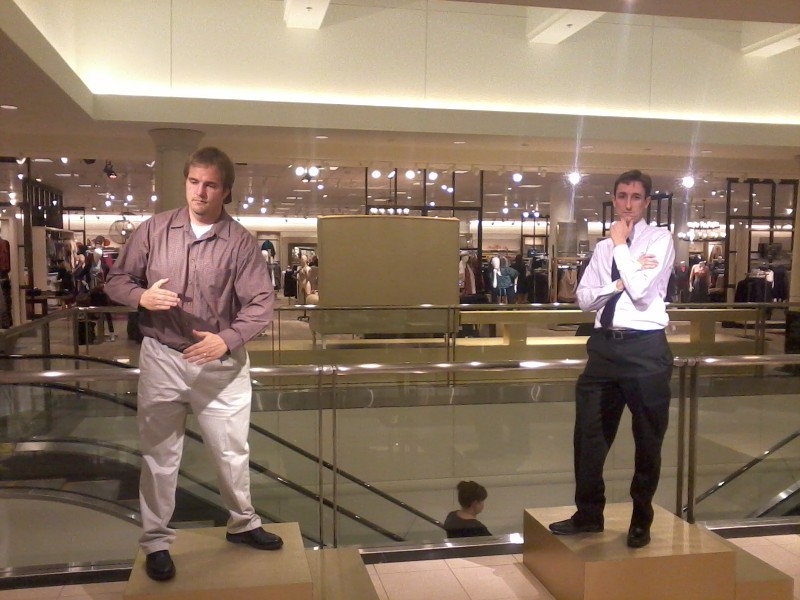