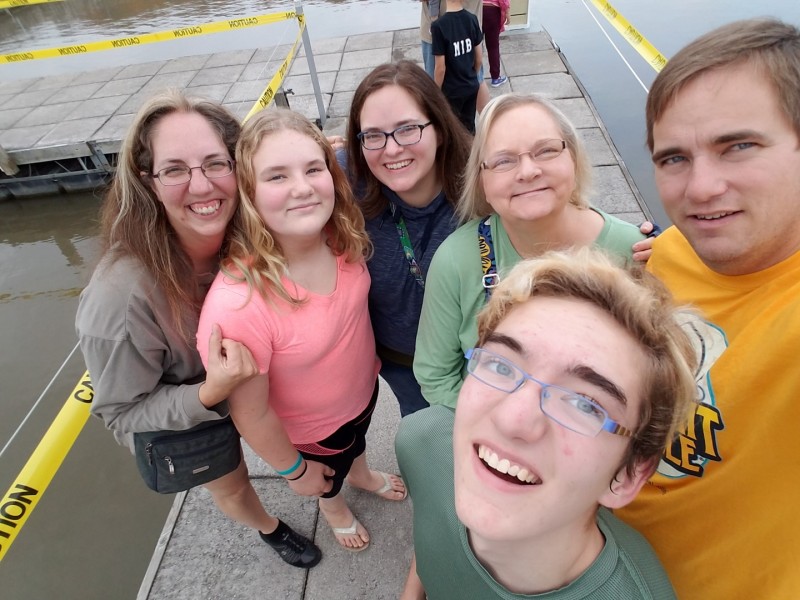 Hannah likes the St.Louis Blues and wants to see them in person. So we got tickets so she could see a game in person. As an added bonus, my mom came in town with her. I wasn’t going to let mom miss a good time, so we had lots of parallel plans to keep us busy!

Danelle had some things to do, so we took a side trip to Grafton, IL twice. There was an event, something like Tugboat Days going on. So there was a river tug available for tours. We went up Saturday and found out the tickets had sold out.  Not one to let something that get me down, we took a minor tour of Pere Marquette State Park and the fantastic views it offered. 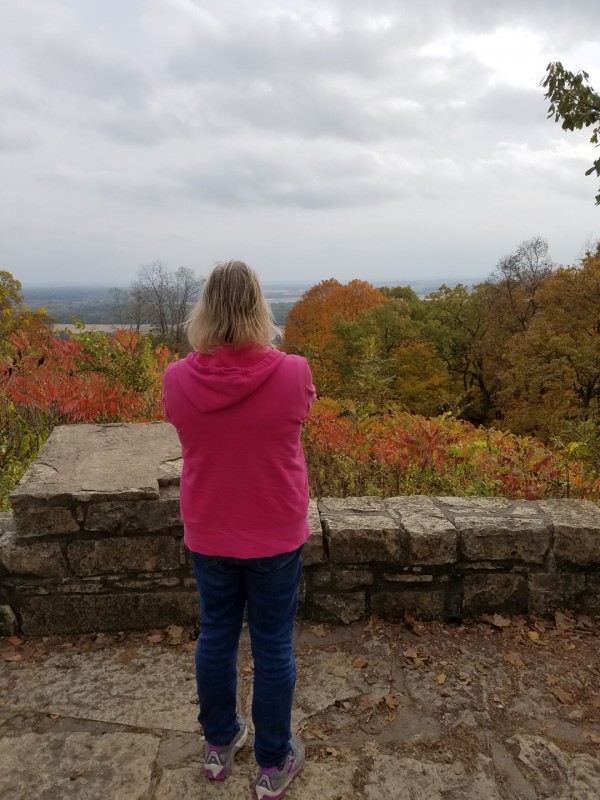 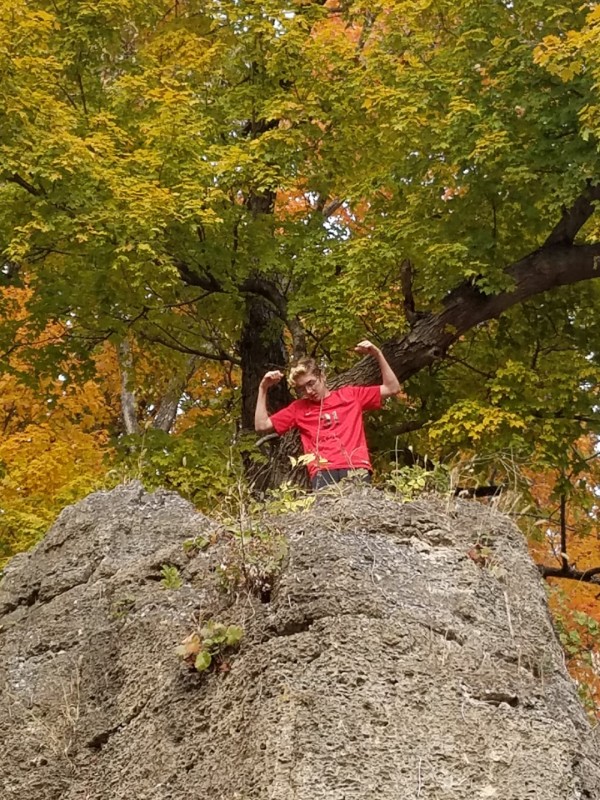 It was decided that we would go back early Sunday morning and see the tug before mom went home. So the next day, we took the ferry out to look at the tug. 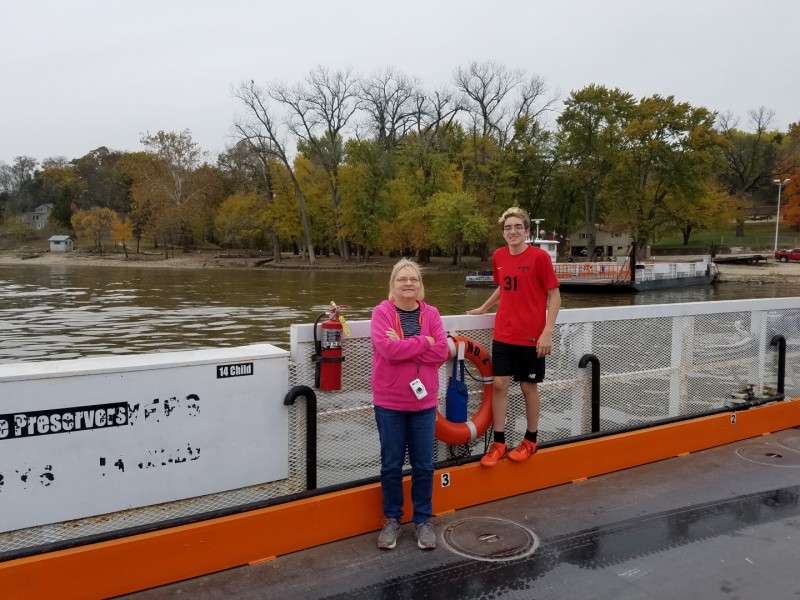 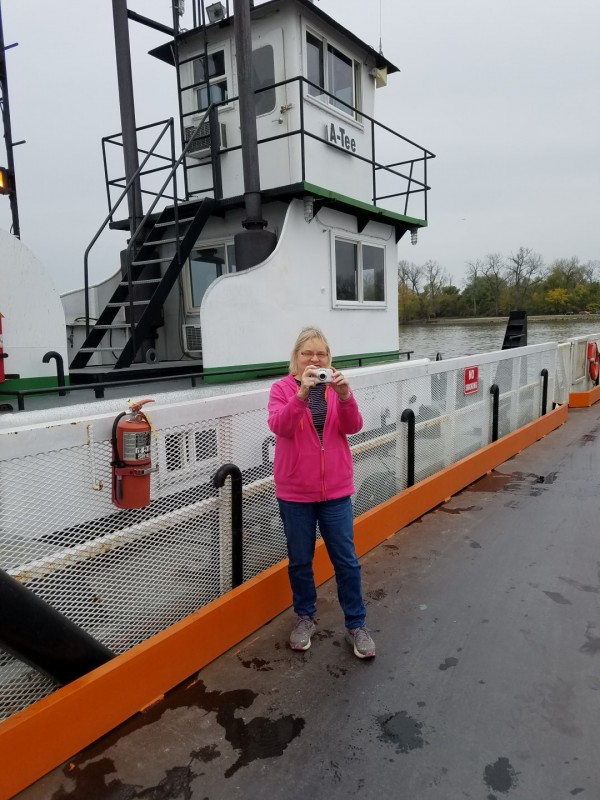 And because it was Sunday, we all got the tour. Here are some photos of a tugboat. 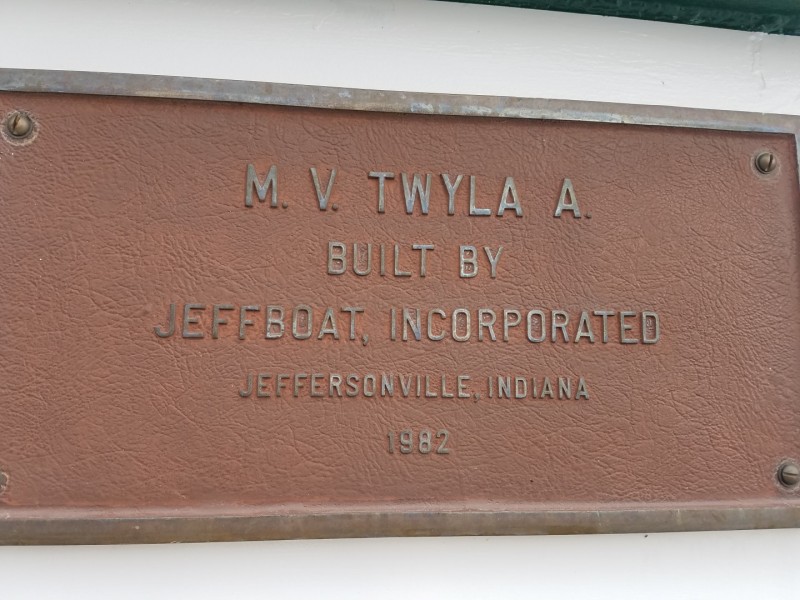 From the tour, it sounds like life as a deckhand is mostly about scraping paint and re-painting all day. Maybe I don’t want that job 🙂