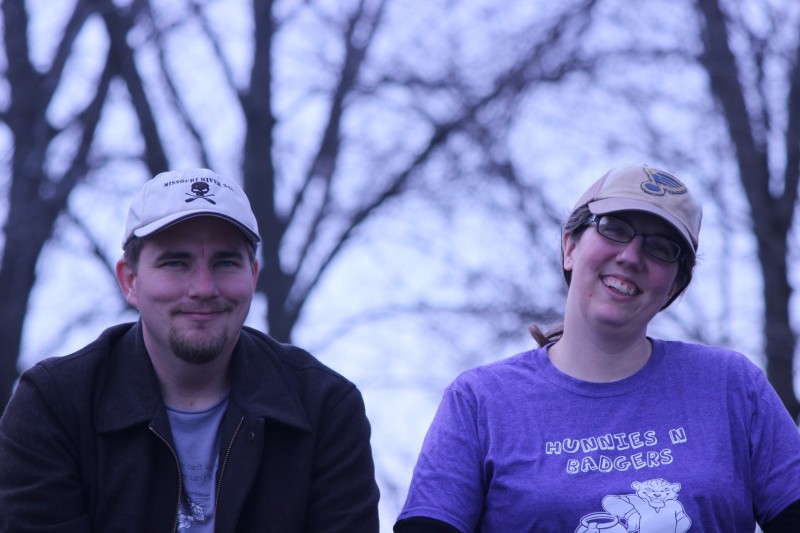 It was a Friday bordering spring break. The kids and Danelle had the following week off, but I still had to work. We had talked about what do and if we should take a trip out of town. I got a social media reminder about the largest canoe and kayak expo around. I had talked about going for it to promote RaceOwl.com but we didn’t feel we were ready or wanted to spend the money on it. Around 2 pm, I called Danelle to see if she was interested in a last minute trip to see the show and Madison Wisconsin for the weekend, taking Monday off to make it a bit longer of a trip. She said yes and by 3 pm, I had Monday off and was home from work.

After packing, we headed out in the van. I had Danelle drive so I could continue my official work as I left a bit early and didn’t finish. I decided I would sit in the back of the van and get work done. Unfortunately, we were in rush hour and I was getting motion sick while I was working. It didn’t take long before I packed up my laptop and took over the wheel of the van for the remainder of the drive! 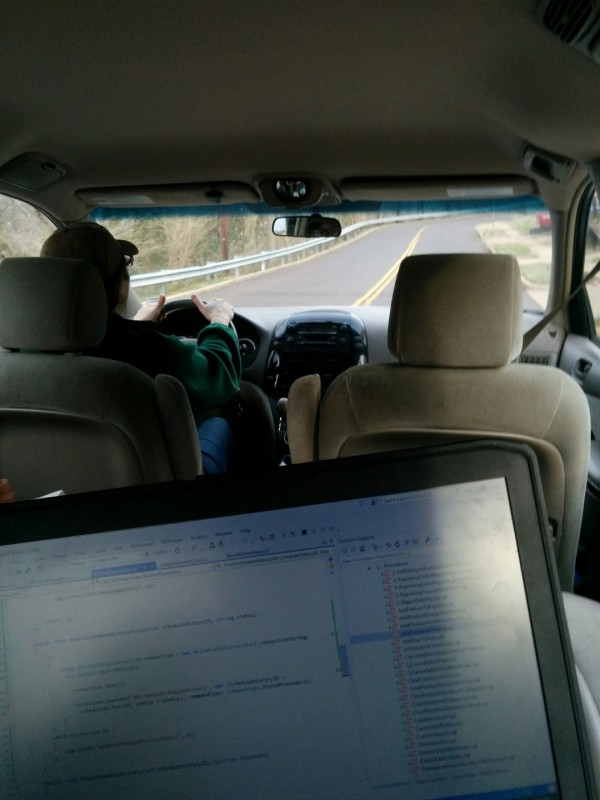 Since we would be in town, Sat, Sun, and part of Mon, we decided to spend Saturday outside checking out the sights and Sunday (was supposed to rain) indoors at Canoecopia. We learned that Madison is a beautiful place. There is a lot land conservation efforts around the city that made Danelle quite happy. It also made the city beautiful with the open space.

We started the morning at the University of Madison-Wisconsin Arboretum walking a trail. We saw several birds while we were out there. 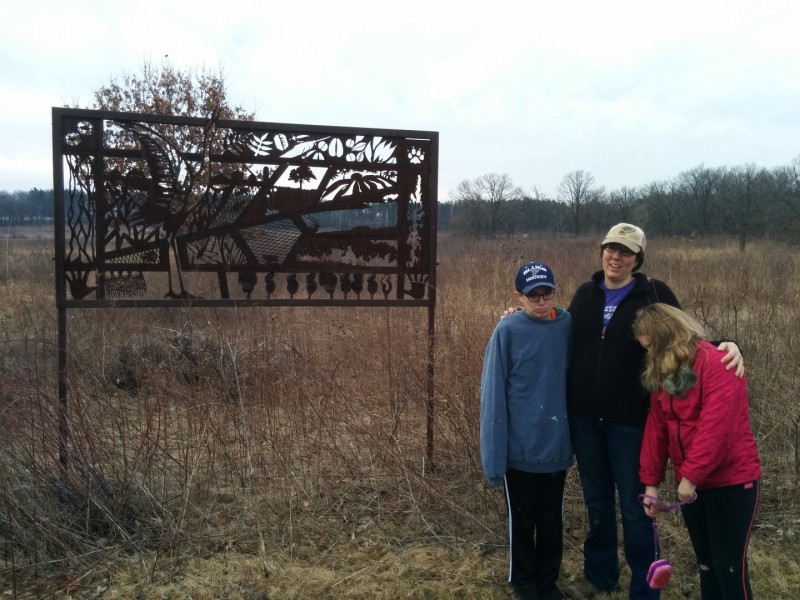 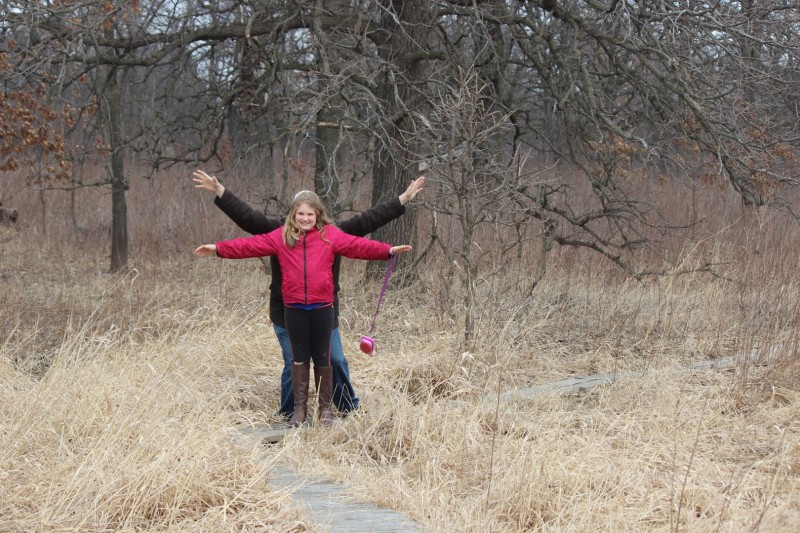 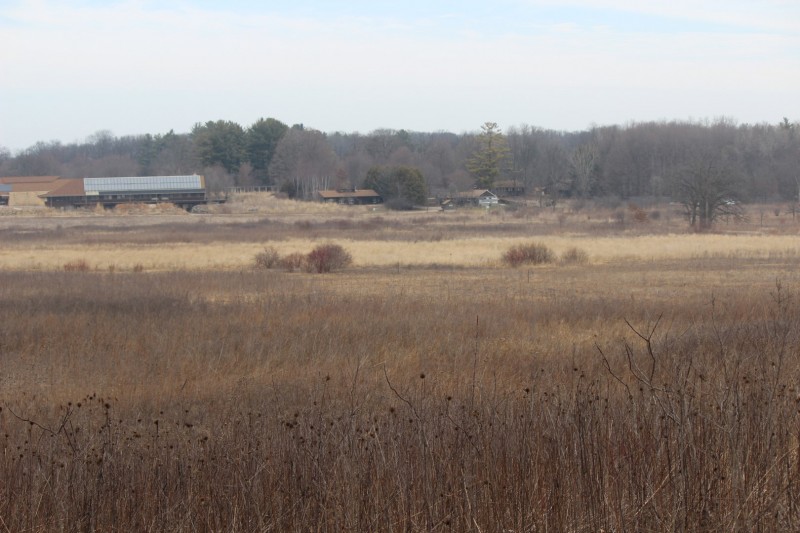 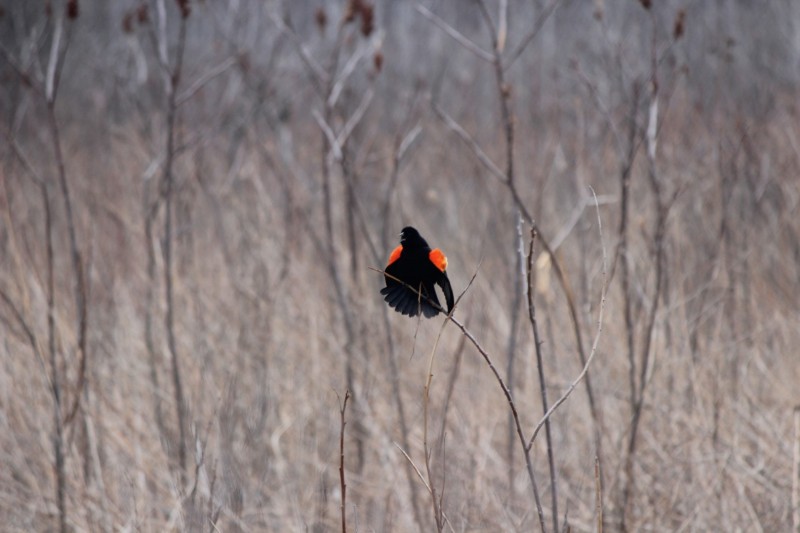 I think Danelle could have spent the whole day out there, and I wouldn’t blame her, but the kids wouldn’t let that happen. Our next stop was lunch, and like all families traveling, this is always a hard decision as nobody wants the same thing at the same time. But eventually we worked it out and headed to a university art museum.  Here, there were some exceptional pieces and lots of crap! 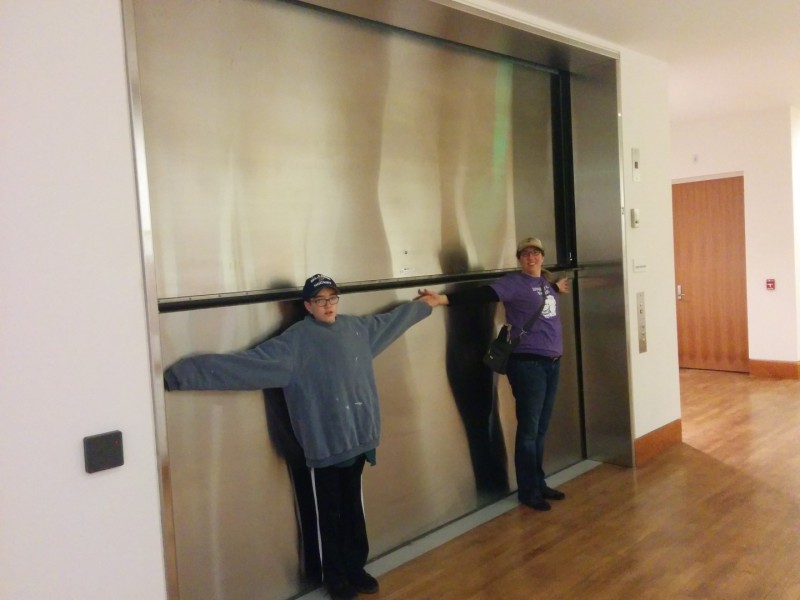 Our day of adventuring wasn’t over just yet. Our goal was to go go go till we were tired, so we did. We found another cool place to walk and set out. Eventually we ended up near a playground and had a swinging contest! 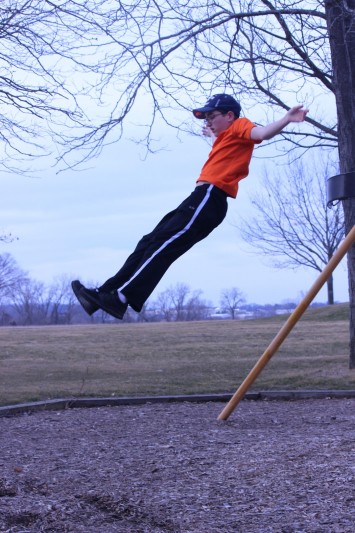 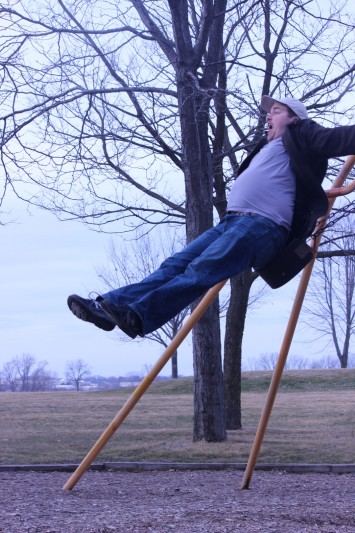 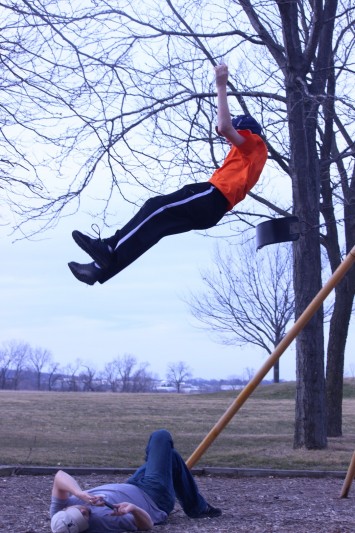 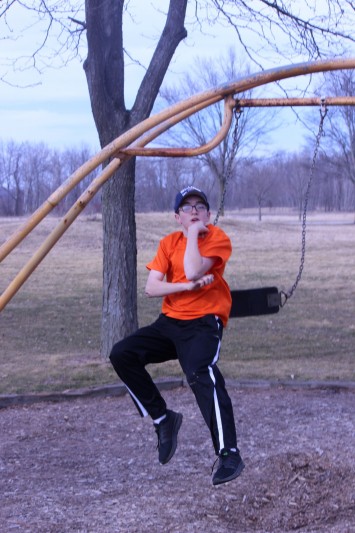 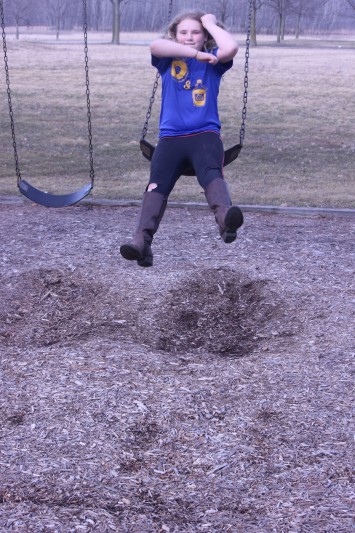 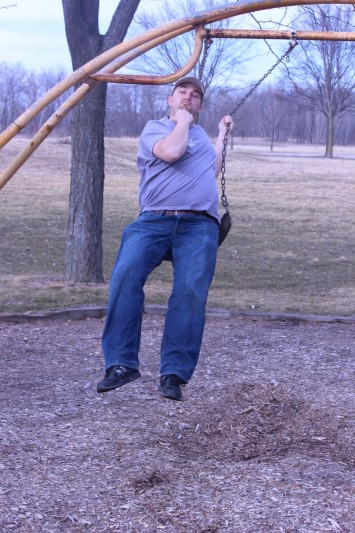 Eventually things calmed down with no clear winner, but lots of laughs, we walked down by the river for a bit. 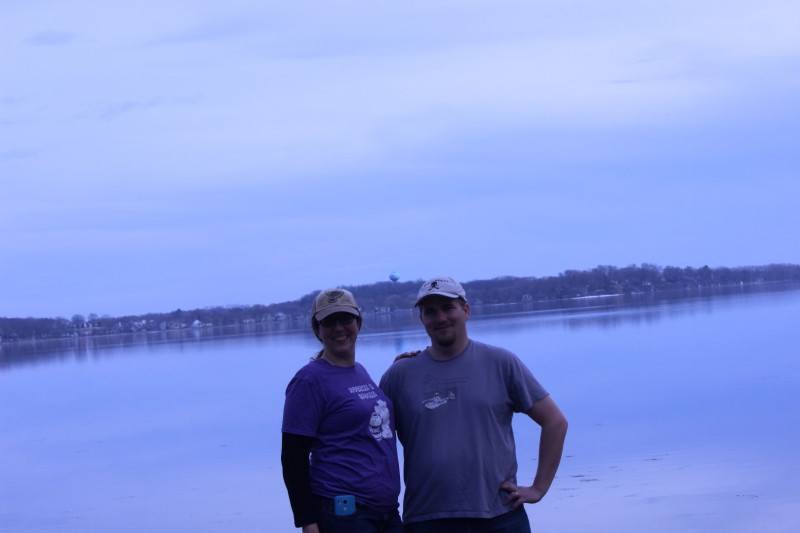 Of course, we found one more place to do a “quick” hike before heading back that turned into another photo shoot of wildlife. 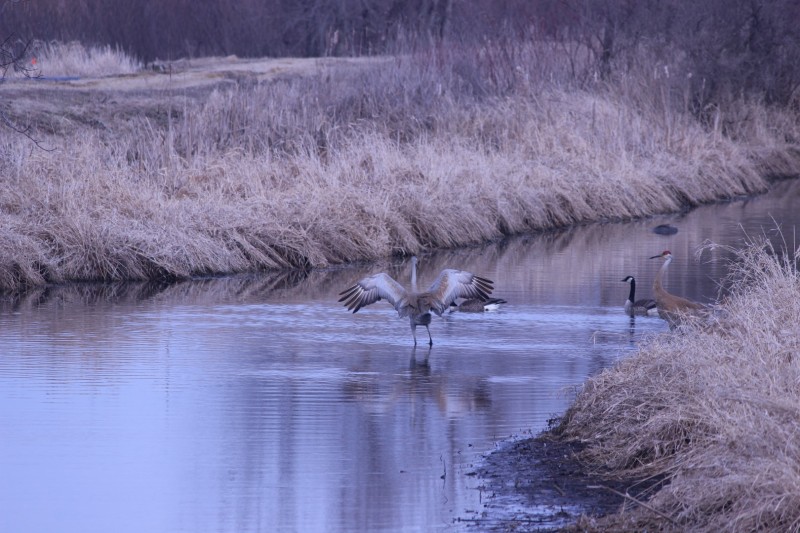 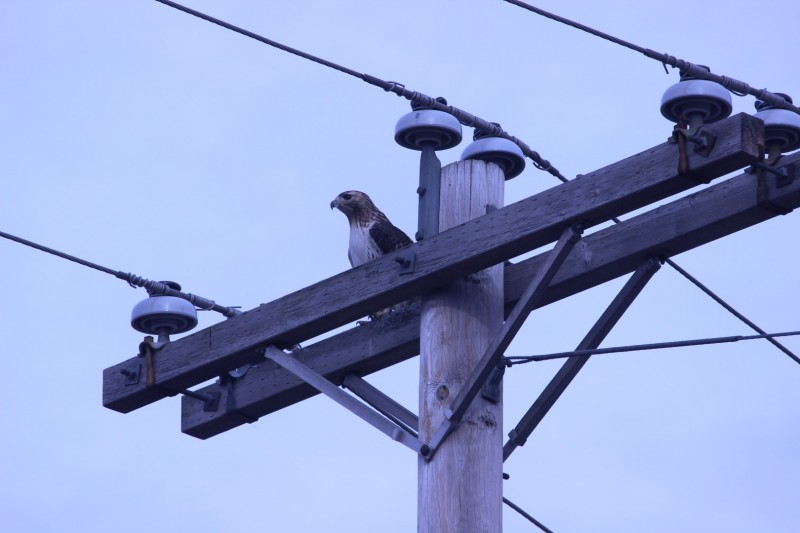 And if you thought our day was over, you would be wrong again. This was one of several visits to the hotel pool for the kids to swim. 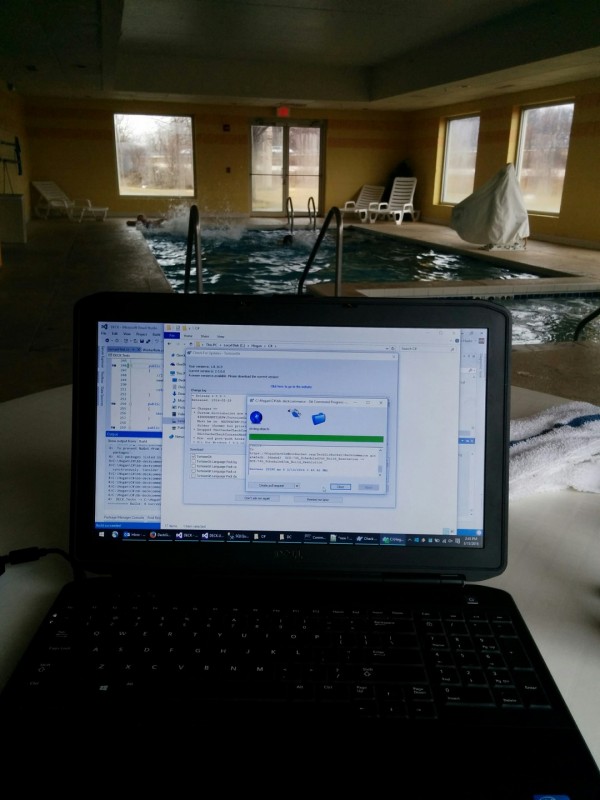 Day 2 had us visiting the Canoecopia event at the Alliant Energy Center. I didn’t take many photos here because I was so overwhelmed with the number of boats and related boating booths. And being into the paddling scene like I am, I even saw people I knew from two different booths there! I won’t bore you with the few photos I do have except for the following. We went by a booth that was teaching native Qajaq (kakay) things. Danelle and Corvin spent some time on their kayak balance boards and we ended up making two of them when we came home from the trip. 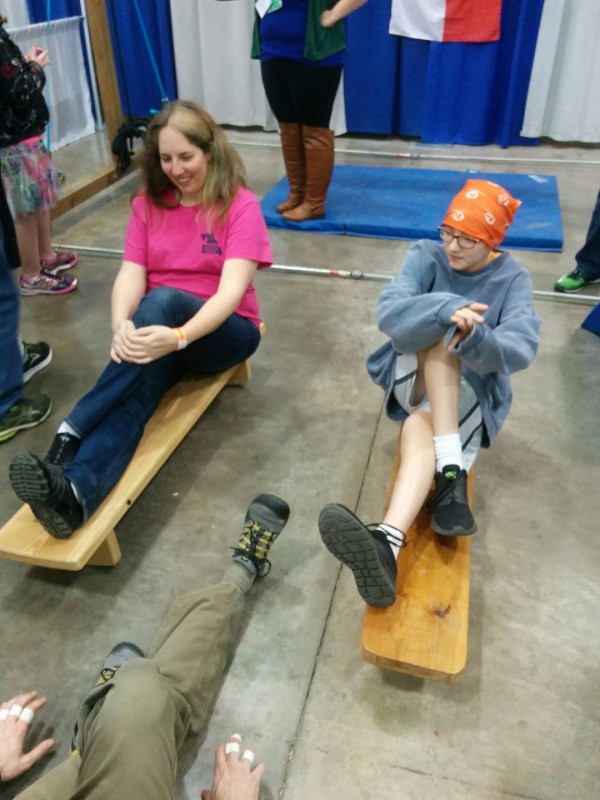 The balance board is just a long board with two feet that are rounded, so you have to constantly balance on it to not tip over on the floor. Its great exercise and helps with boat balance!

After the show, we drove around looking for dinner and I was able to snap Sonora in front of the state capital! 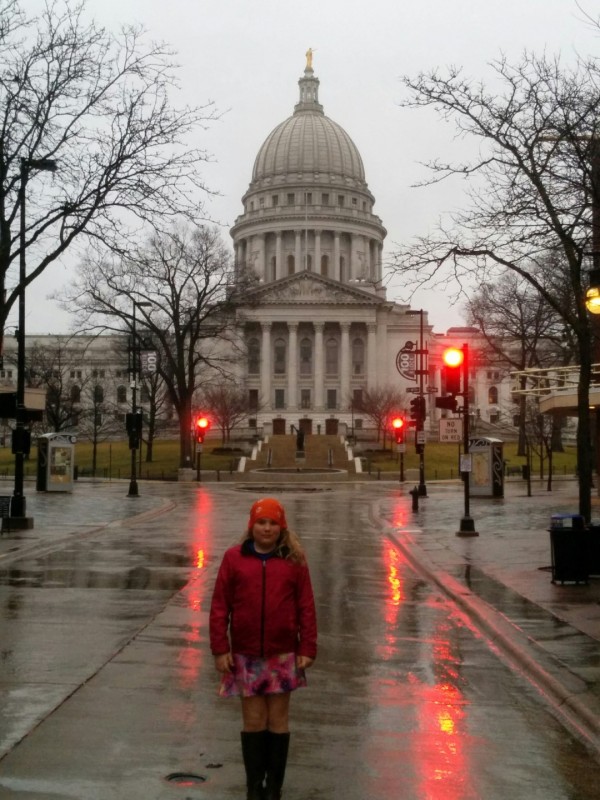 It was a perfect long weekend getaway that gave the whole family the break that they needed!