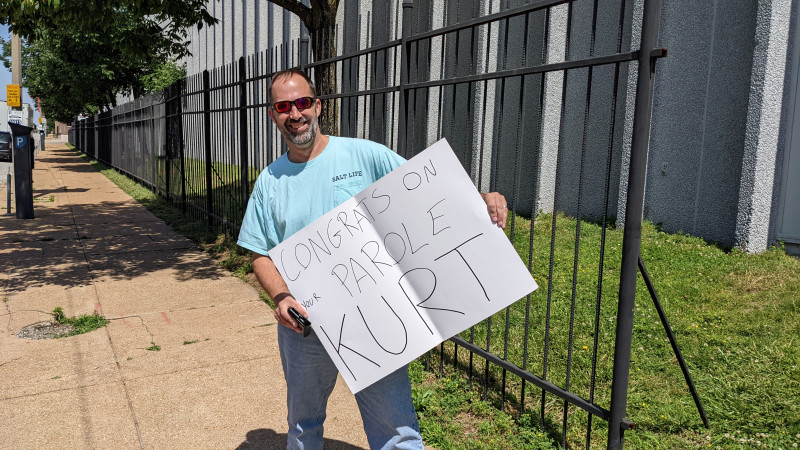 It was a about a half a year coming. Kurt is a co-worker of mine that lives in Tulsa, Oklahoma. He’s a fully remote employee, so I’ve only ever interacted with him on video chat. Today that would change. Kurt was coming in for a week to St. Louis to meet people and go to the DevUp conference. I really enjoy Kurt’s presence and offered to take him around all week.

My goal was to park and pick him up at the airport. Unfortunately for me, the parking lot was FULL. I made several laps and it never changed. That stinks because I had a fancy sign to he knew who I was. Instead, I had to pick him up at the curb when he came in. Not to be discouraged, I drove him by the City Museum to see it and got his photo with the sign. Here is Kurt with his airport sign, and yes, its double sided! 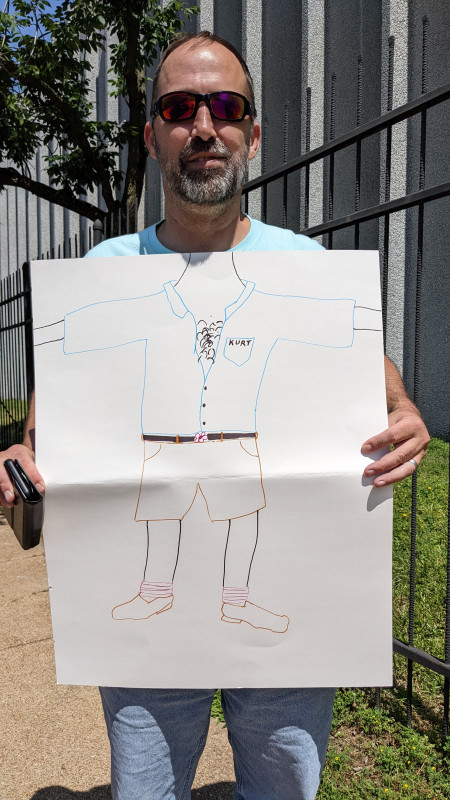 With signs out of the way, we went to the St. Louis Arch. Kurt enjoyed the giant floor map. 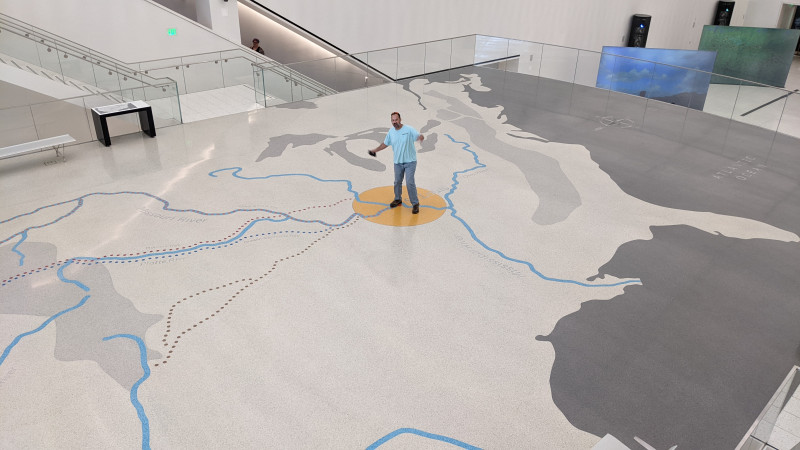 He made shadow puppets and laughed about it! 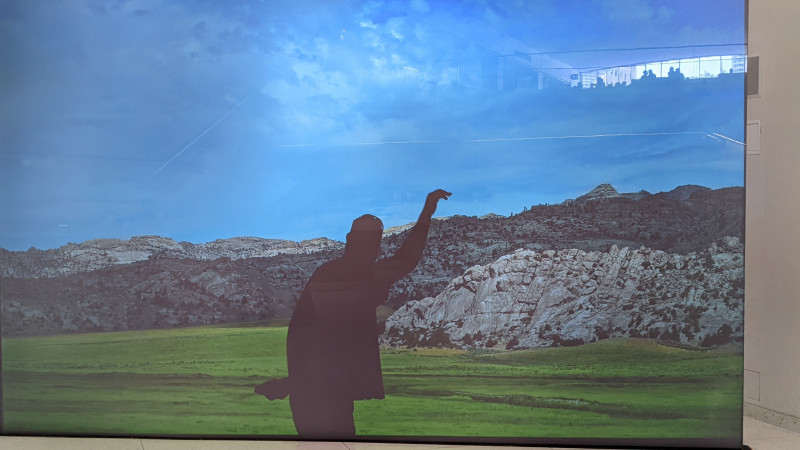 At the top of the arch, I enjoyed Kurt’s awe at the view of the city east and west! 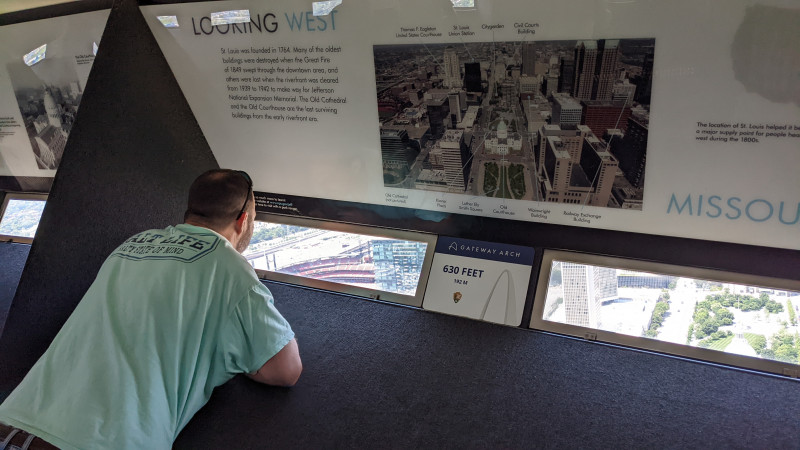 After the arch, we went and got some BBQ in the grove, the met Dylan, Wade, and Erwin at a local brewery for some beer.  Great conversation and getting to know the team. This would be the start of drinking way too much beer every day Kurt was in town 🙂

Before going to his hotel, Kurt wanted to get some supplies from the grocery store, so off we went. He sure is a strange shopper though… 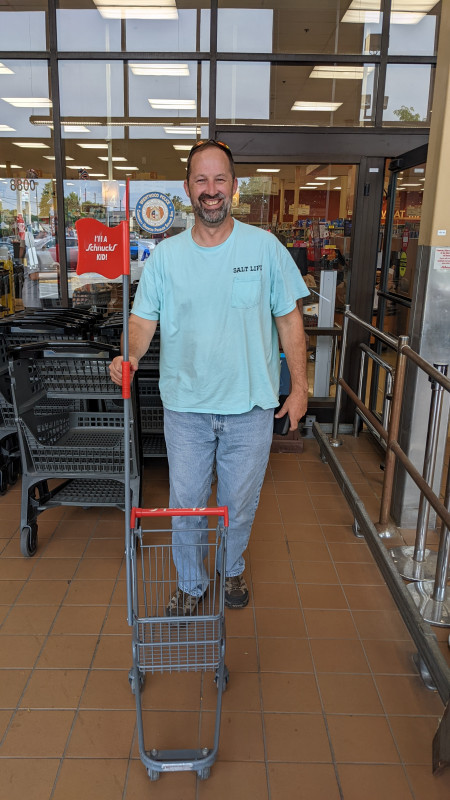 The Monday after he got here, we worked in the office. Many people came in to hang out. I should mention that Chase drove in from Springfield MO area on Sunday and stayed through Monday afternoon. It was great getting to meet Chase in person as well.

From left to right, Chase, Kurt, Hogan having lunch on Monday. And look, more beer! 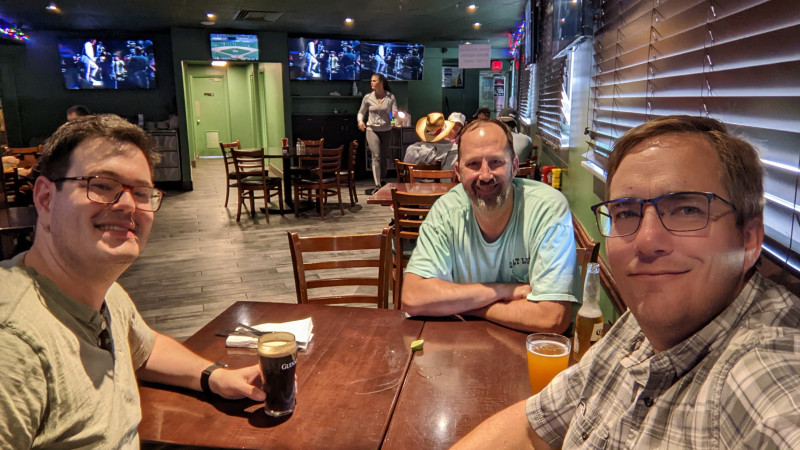 Monday night’s activity was going out to Top Golf. There a bunch of the IT team came out to play end enjoy the evening.

We had two bays to play golf games and enjoy some food and drinks. 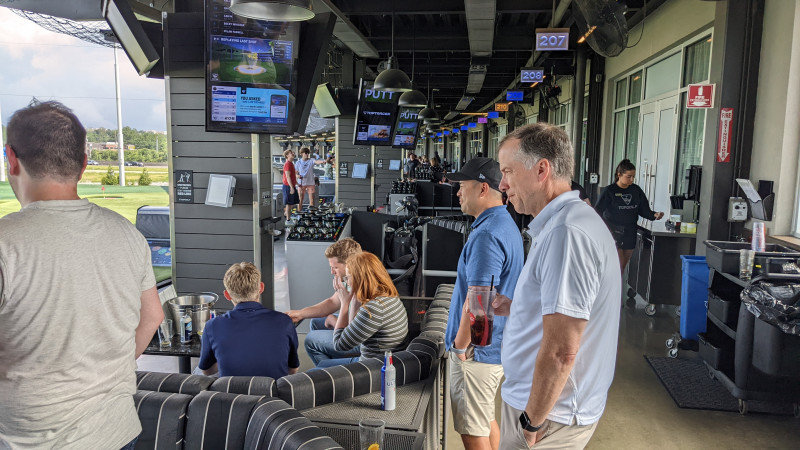 Here is Rayna getting ready to swing for the fences. 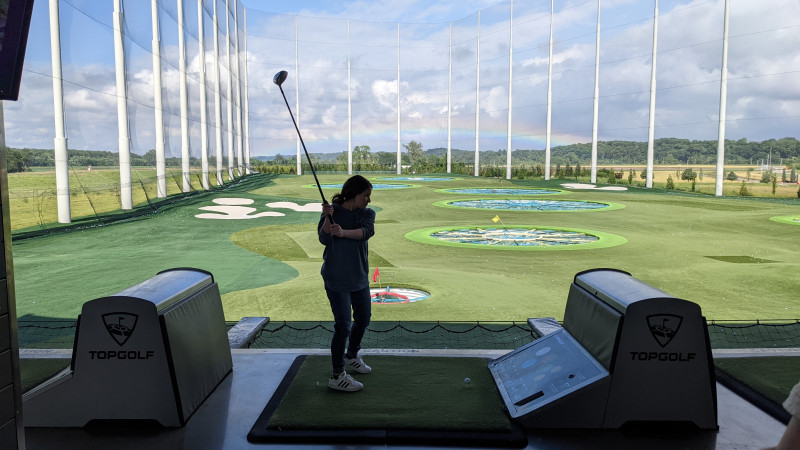 Chris Deck on the left is the owner of Deck Commerce and a great golfer. But the photo shows me “Kelly C” as the winner of this game. While it was total luck that I beat him, we joked if I would still have a job the next day 🙂 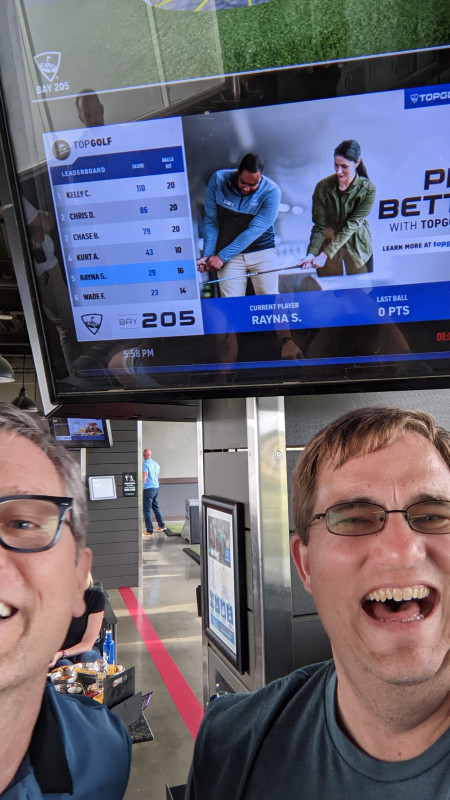 Tuesday and Wednesday were a blur of excitement. Kurt, Dylan, and I went to the DevUp conference. There we worked to learn about the newest tips and tricks of software development. 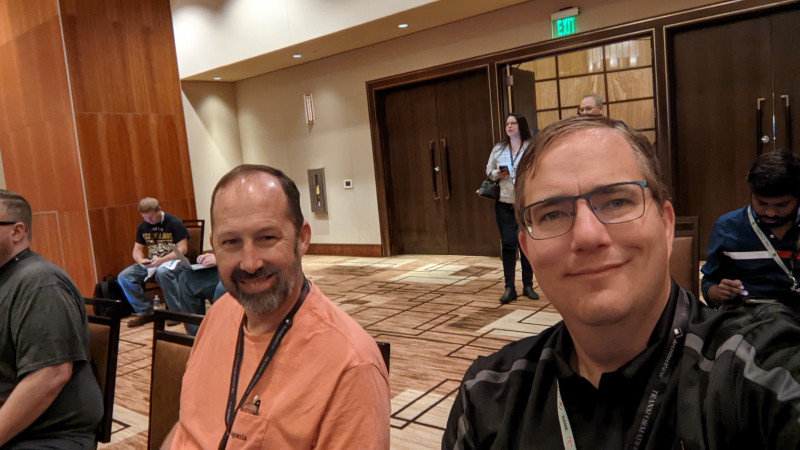 Thursday came way to fast and I had mixed feelings about Kurt flying home after work. I’ve had fun taking him around town every, but I was nearing my limit of going out and drinking beer every day. I’m sure Kurt wanted to get home to his fantastic family as well!

But first, I had to bring a unicycle into the office with my finest collared shirts and get some work done. 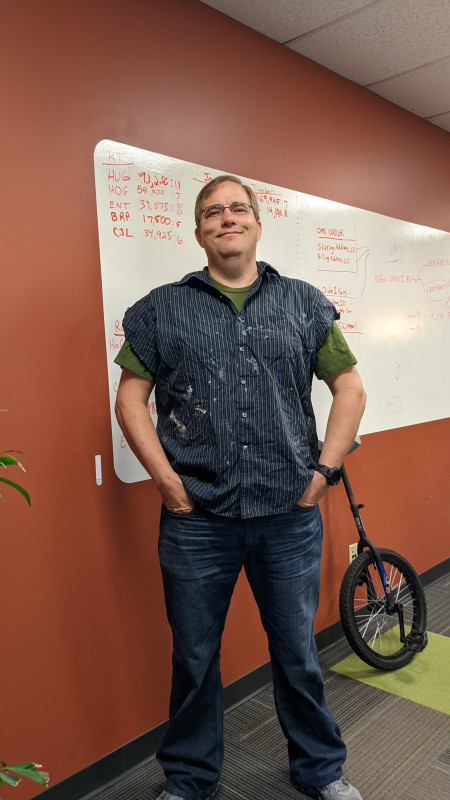 We had one last beer at Six Mile Bridge before heading off to the airport after a long and fantastic week. I’m looking forward to seeing Kurt again!