I’m a huge fan of motorcycles. I’m currently on my second one and enjoying it very much. But I’m always on the lookout for the next one. In order to know what I want, I need to read about them and experience them. Today, I got to experience one. I I heard via social media that KTM was coming in town with a fleet of demo bikes to ride. I met a co-worker, Eric Ent at the event.

We both browsed the motorcycles and found the one that we wanted to ride. Because we came early in the morning, there was not much of a line. We were scheduled for the second demo ride and quite excited. That gave us enough time to look around the dealership at all of the new motorcycles! 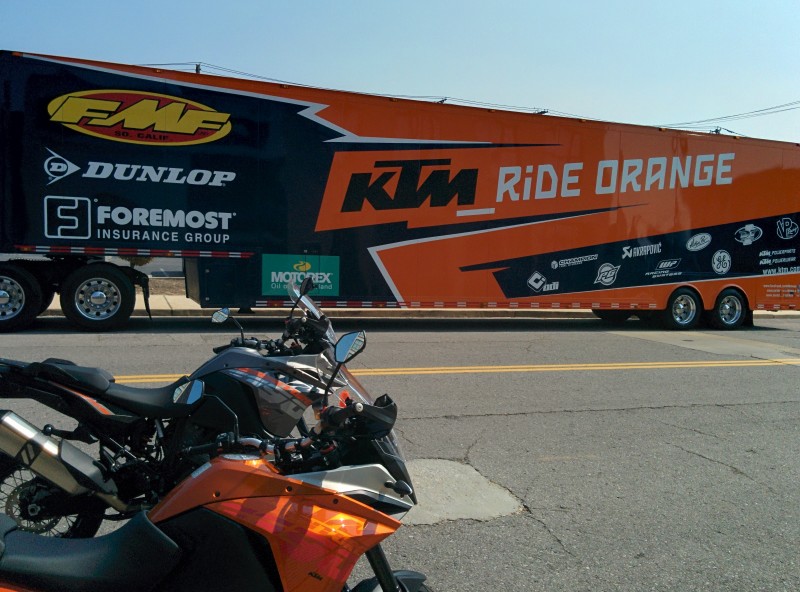 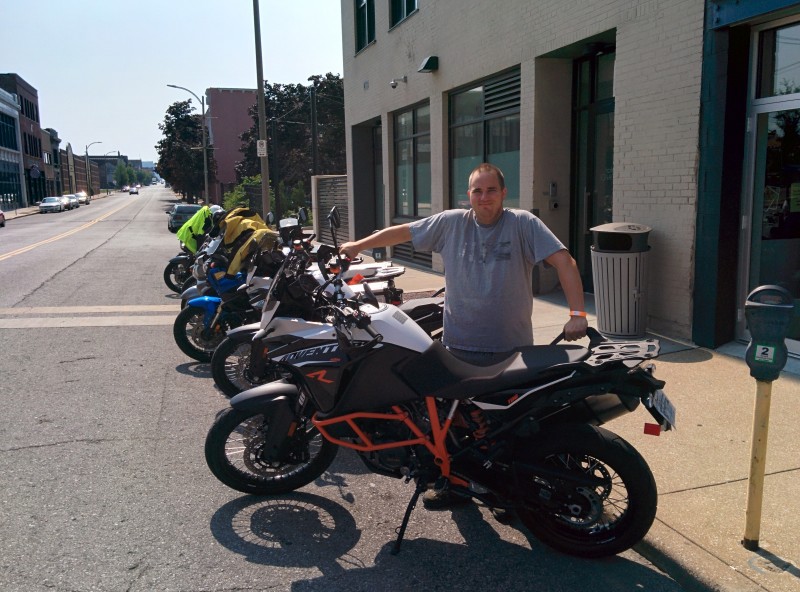 I’ve been interested in adventure bikes, so I rode the KTM 1190 Adventure R. Eric rode the KTM 690 Duke ABS. Eric is a new rider and wanted to get something smaller that he could handle.

The ride was quite exhilarating. We didn’t get much time to sit on the bike and adjust mirrors before the group took off. I found my bike to have a significant lurch when shifting into first gear. Once in gear, the bike was very smooth. What amazed me most was the power of the brakes. This bike could stop on a dime with no issues. I was certainly jealous of that stopping power vs. my current ride. Eric was similarly impressed with his demo ride.

Thanks to KTM for a fantastic Saturday morning and dreams of other motorcycles.