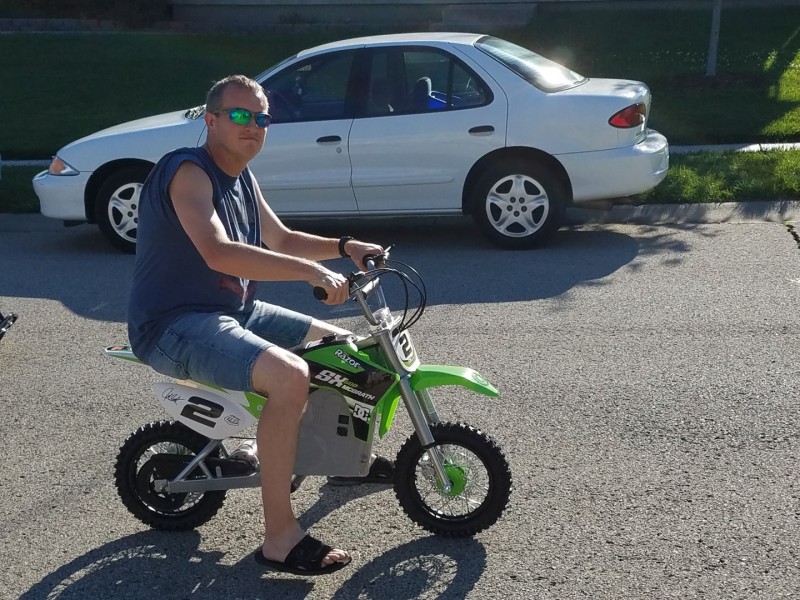 We made a trip to KC to drop Sonora off for the week. She wanted to spend the Independence Day holiday with her uncle and cousins. So we went in town. While we were there Henry invited Corvin and I to the shooting range with him. Corvin had only ever shot a .22 riffle and was excited. 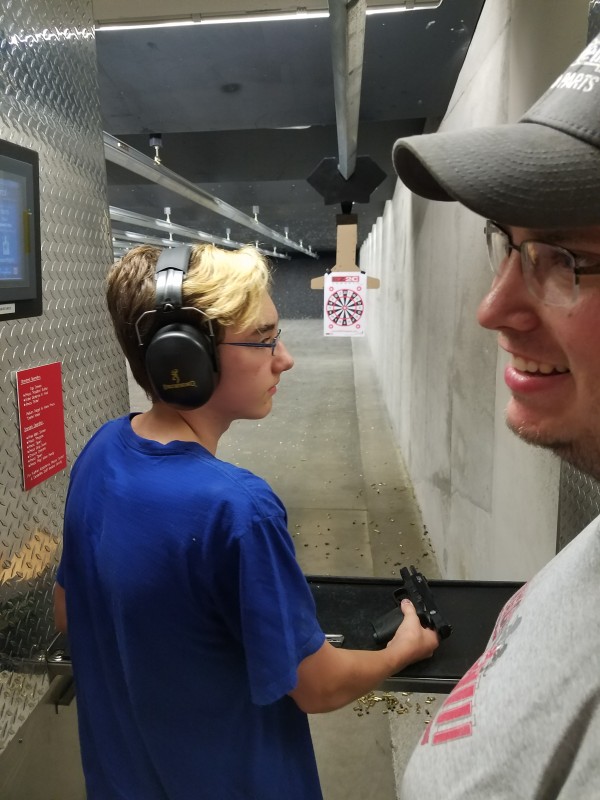 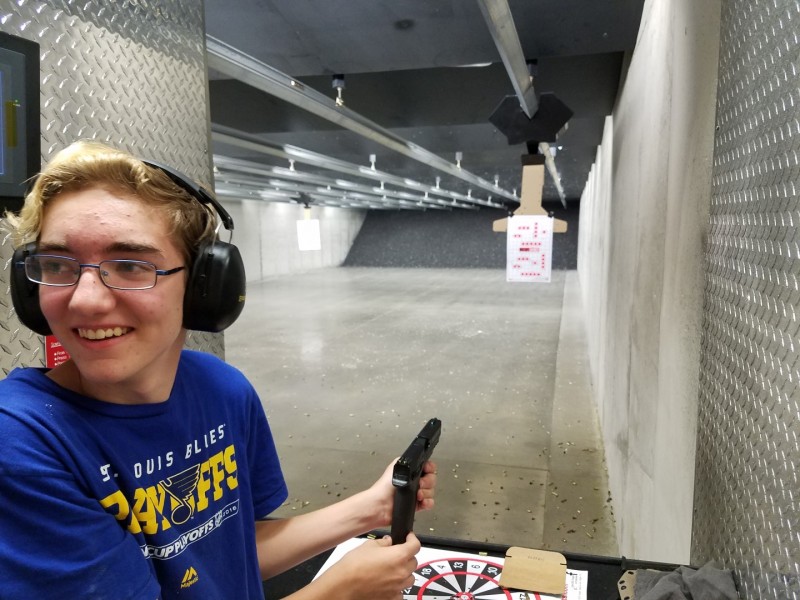 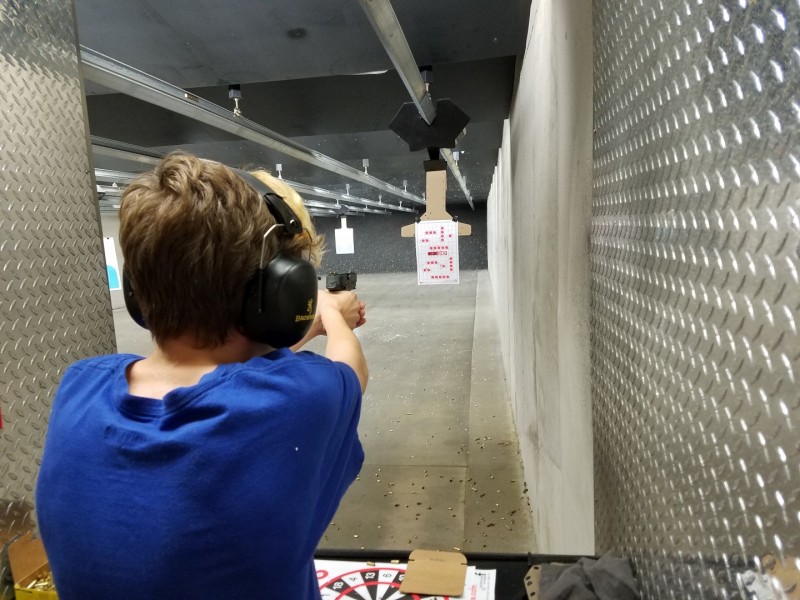 And a short video of Henry firing a round

After the range, we went to Hiatt’s house as it was the reason we came in town. Hiatt was being goofy and I got a shot of him! 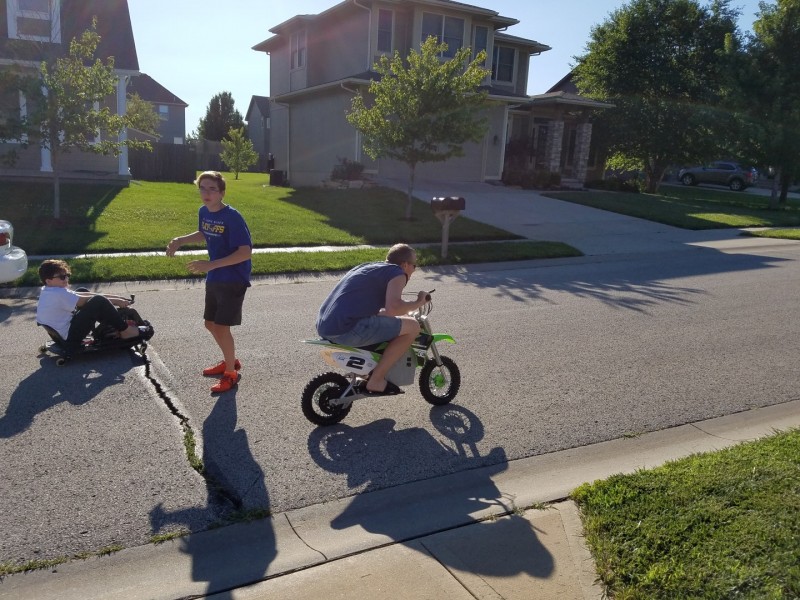 Its no Kawasaki Ninja, but it’ll have to do for now.