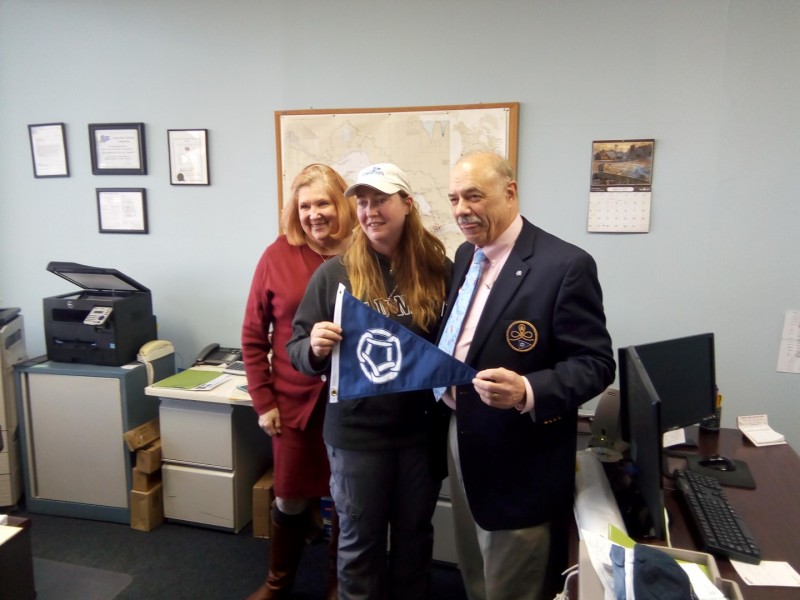 Traci Lynn Martin is attempting a Guinness World Record for the longest solo kayak journey this year. Her plan is to paddle 8,600 miles around all the great lakes and out to the ocean. I became involved in this project with a phone call in October of 2016. Traci asked me if RaceOwl would be able to track her attempt. I agreed to have RaceOwl help her out and made modifications to the site to assist with tracking her.

After visiting Traci in Kansas City at her house she suggested and I agreed to join her for the start of her record attempt. Initially she purchased an inexpensive round trip flight from KC for the event. After looking at the details of the flight and the add on costs, it became clear it would cost less money for me to drive out to Port Huron, MI for the start. This afforded me tons of extra room for gear and a place to sleep in my van. I left after work on 3/7/17 headed north. The plan was to drive about half way there and sleep in the van in a rest area before finishing the drive the next morning. Traci wasn’t starting her trip till 3/9/17, but I wanted to be there with time to spare to help out.

After a brisk night of sleeping including some use of my Mr. Buddy propane heater to stay warm, I was on my way. I didn’t have exact directions but figured I would start by getting into town. When I arrived in Port Huron, the wind was howling around 40 mph with much higher gusts!

The bridge in the photo above would have been awesome to travel on. It goes high above the lake and I initially tried to find the ramp to it before realizing its the bridge to Canada. Without a passport, I wouldn’t get very far, so I opted for this photo with the Tesla Supercharger station with 7 hookups. I used this time to find the Fort Gratiot light house on Google Maps and head there.

At the light house, there wasn’t anybody there and Traci wasn’t answering her phone, so I headed in town for lunch. While eating, Traci called back letting me know she was still more than an hour away. I had time to explore and walk around the light house park. It was still very windy and cold outside.

From the moment Traci pulled up, things really got moving. After a quick introduction to Chris Stafford (project manager) and Andy Michael (filmmaker) Traci asked if I would mind taking her to another appointment in town that was about to start. So she hopped in and we went to the Great Lakes Cruising Club‘s office. They have sponsored Traci with a 1 year membership to the club. Its a fantastic network of over 2,500 like minded boaters that want to have a fun and safe experience out on the 5 great lakes. They have a ton of local information to share to help her get around the lakes safely!

After the meeting with the GLCC, we stopped at the St. Claire river to check out the wind and waves. Traci will be paddling down this river after paddling around Huron, Michigan, and Superior lakes. She wanted one more good look at it as it’ll be a few months before she is back and paddling it. With that, we headed back north a few miles to the light house. While we were gone, Chris and Andy dealt with a flat tire on the trailer. We decided to grab dinner before heading north to where we were staying for the night.

Due to the high winds, power was out in a large area of Port Huron. It took several tries to find a place that had power for dinner. With dinner out of the way, we headed north about 45 minutes. A gentleman by the name of George allowed us to stay at his lake house for a couple of days. We were not sure if there would be power at his house, but it was our best place to stay. After some searching in the dark and a giant u-turn for the trailer in the grass of Lake Huron Roadside Park, we found the house and pulled into the long driveway.

Not only did the house have power, but it was an amazing place. It was going to be a perfect home base as the trip started. We all settled in exploring the house and claiming rooms. I took a twin bed in an upstairs hall and did my best to stay out of the way. Unfortunately for me, T-Mobile didn’t have any coverage at the house and very little outside of Port Huron. I did find a wireless router for internet and figured out how to connect my phone so I had some connectivity to the outside world.

On Thursday morning 3/9, we set out early around 7am. We had a 1 hour drive to the start and were schedule to start the paddle at 10 am. We arrived at the lighthouse with no issues and proceeded to set up camp and get ready for the send off. There was lots of prep work to do. 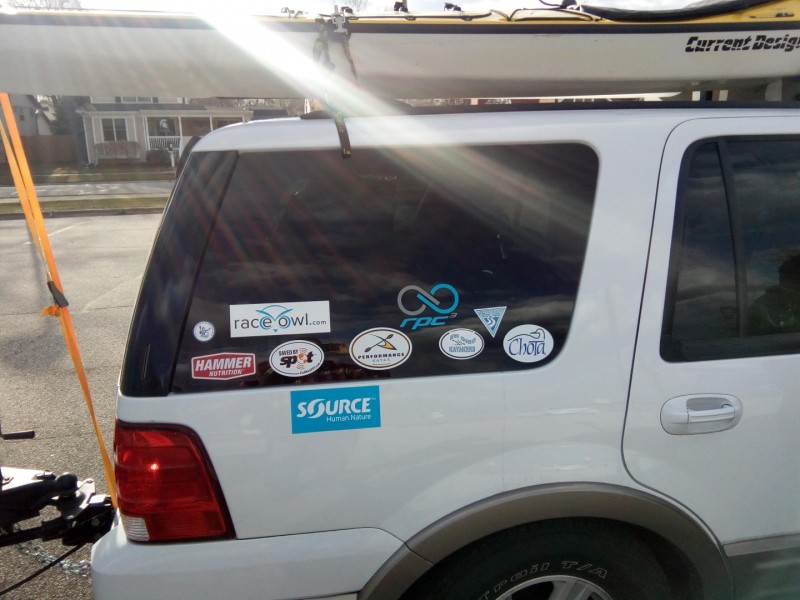 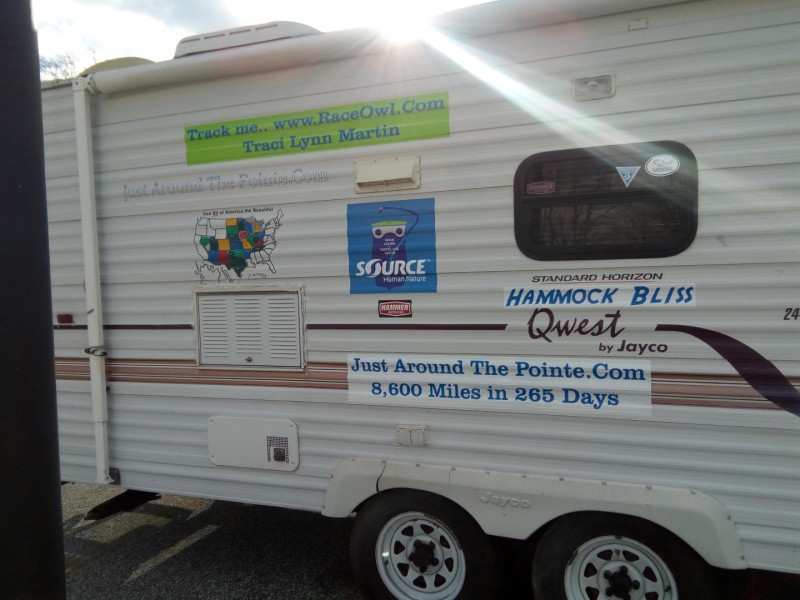 Chris paddled about a mile before coming back. When he got back we went into team mode. Traci had her two GPS units, but we forgot to put her SPOT tracker on the boat. We caught her after a few miles to provide lunch and add the GPS to her boat.

We spent the next few days working out the kinks and trying to build a rhythm. Like any large project, there were ups and downs along the way. I’ll finish out this post with some photos and captions, leaving the rest to your imagination.

Andy got two different videos of me I wanted to share as well. First, a fly by.

Second, Traci and I went swimming in Lake Huron. The temperature outside was about 20°F