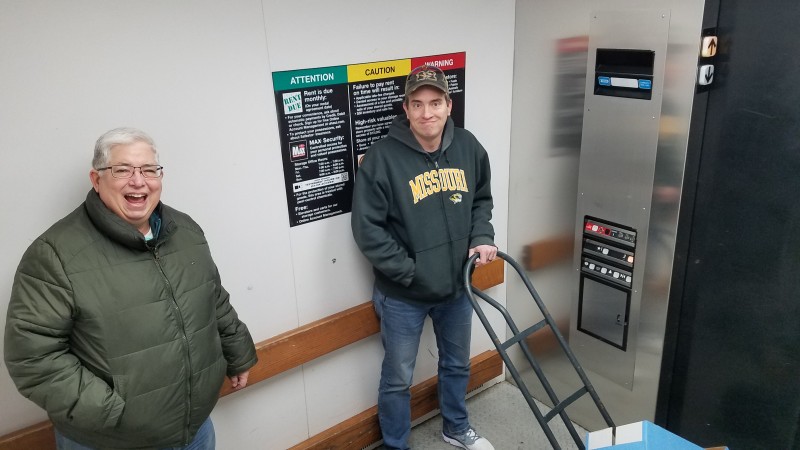 Henry postponed moving into his new house twice for weather and this was the last straw. He was moving on Sunday cause he had the day off and some friends lined up. I was invited, but across the state. On a whim, I decided the weather stunk in St. Louis and decided to help Henry instead of going to Mardi Gras.I called Hiatt and got him to agree to help. Henry couldn’t move till Sunday, but I convinced him to let us move him on Saturday while he worked. Sonora and I drove to KC (Corvin had something and Danelle was with him) Friday night.

First thing Saturday, Dad and I picked up a 26′ moving truck and went to the storage area to start unloading it. Hiatt was there. Tom and Matt showed up shortly later.

Hiatt and dad in the elevator at the storage place.

Sonora and me hanging out. 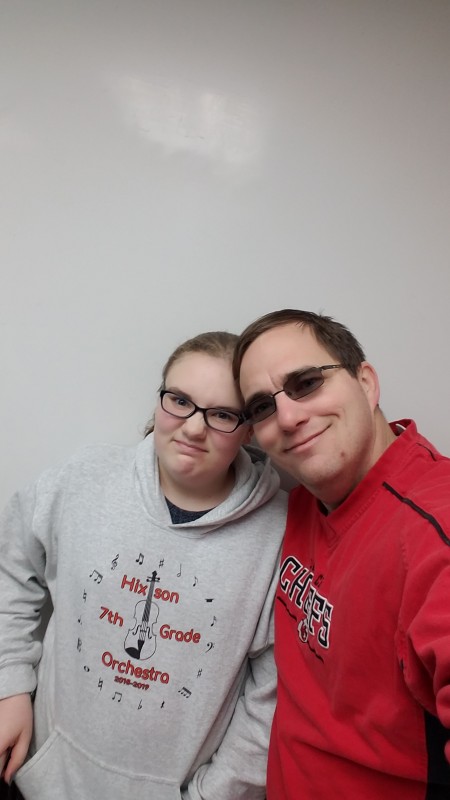 Henry made a juke box in high school and its finally leaving my parents house! 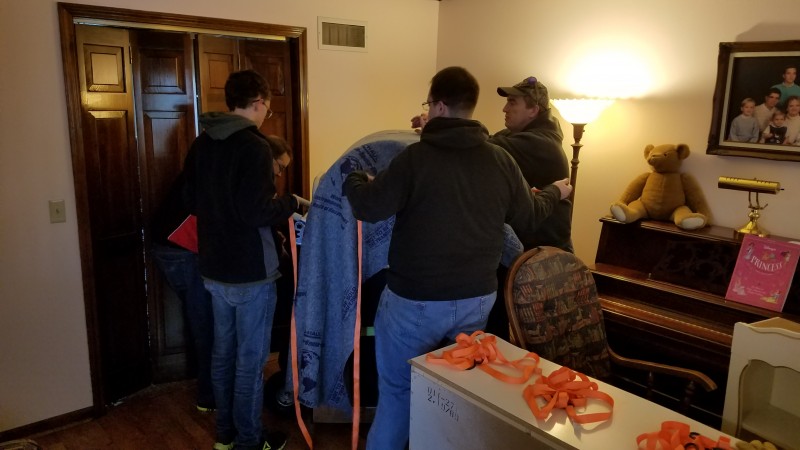 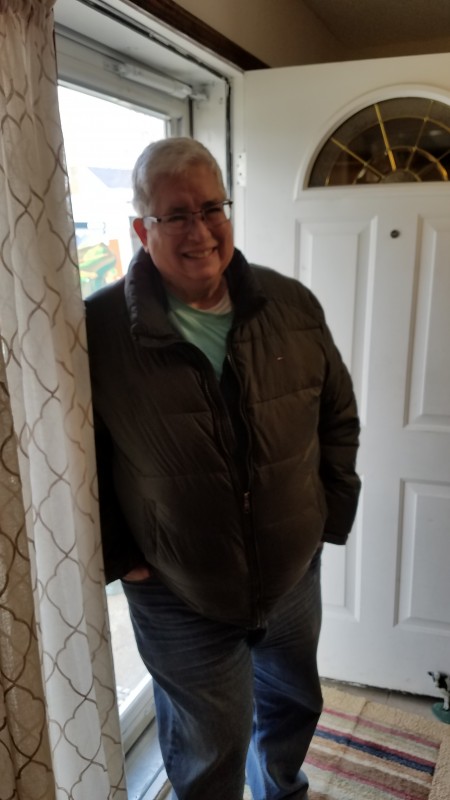 A look at the end of Henry’s driveway. 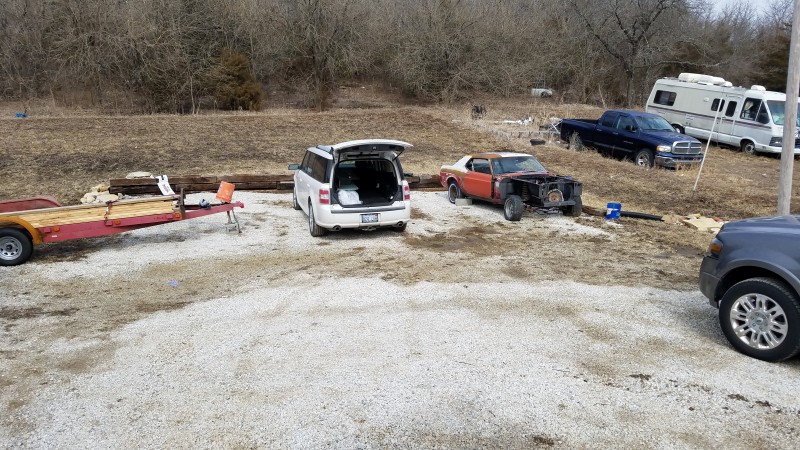 This weekend, Jane and Joan were in town. So we got a few parts of the family together. 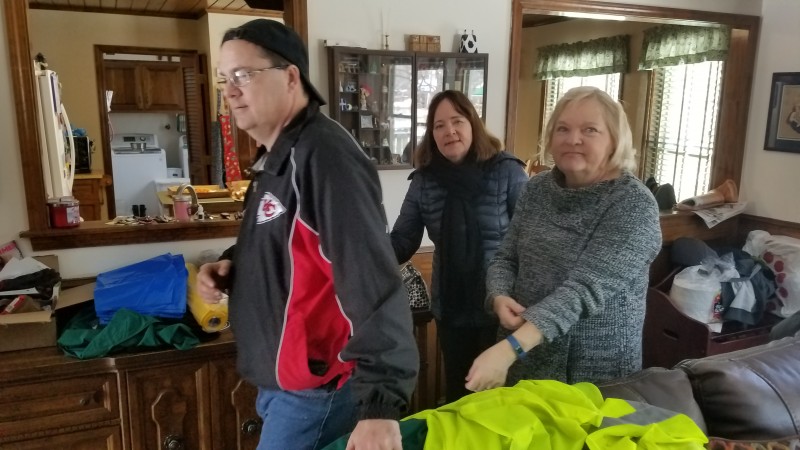 Tom, mom, Jane, Joan all together. 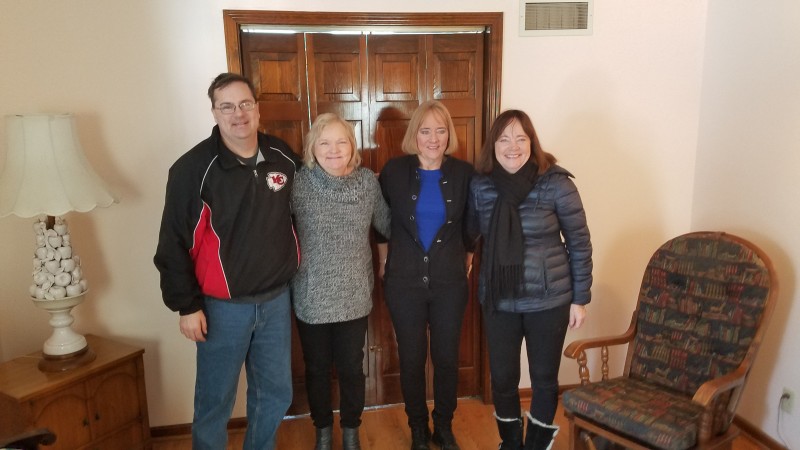 The pictures distracted me. We did two full loads on Saturday without Henry. We left a full truck at Henry’s house to unload first thing Sunday. By Sunday, we were all starting to drag. Probably staying out late at Henry’s house Saturday didn’t help.

Jane and Joan celebrating their birthdays at Henry’s house with a “Lake Cake” family recipe. 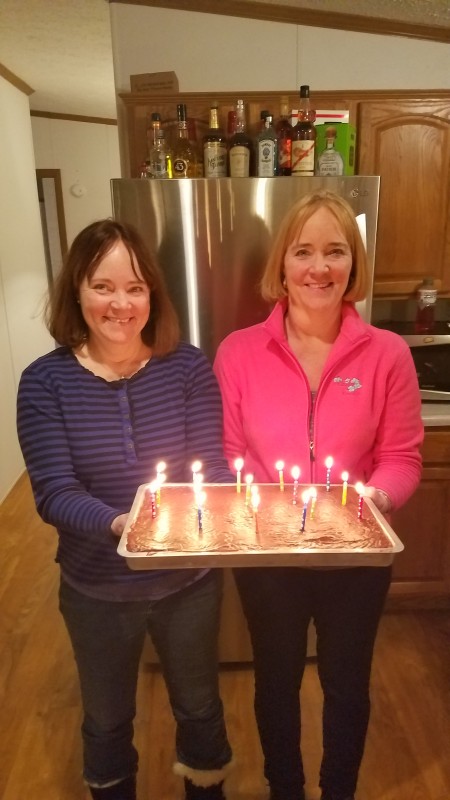 Henry’s friends showed up Sunday as we finished unloading the final load. Dad and I took off to return the truck so I could start driving back to St. Louis. We all pulled together to do something awesome for a family member! I was glad to help, and glad to be home!