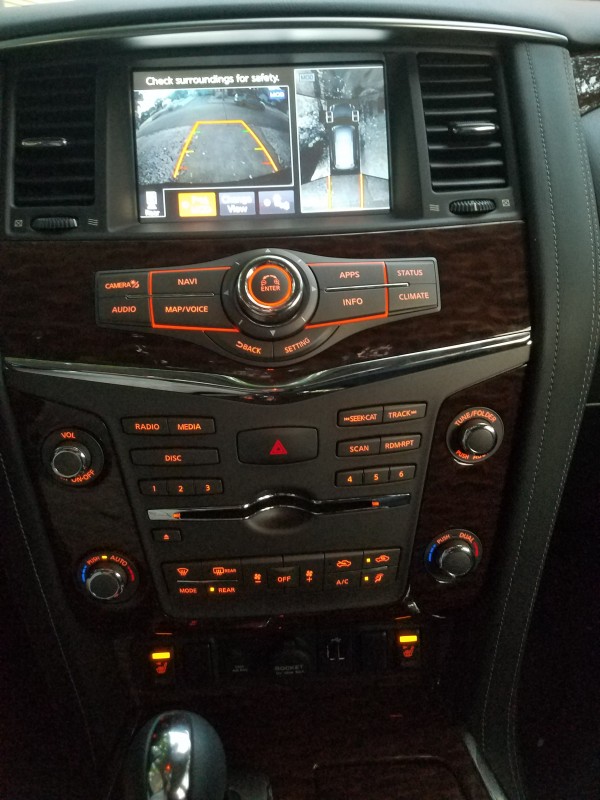 For our latest unicycle trip, we flew to Spokane, WA and rented a Nissan Armada to drive back to St. Louis, MO.

Based on the Nissan website, the Armada I drove back is priced around $55,000. All of the ratings for the vehicle are fairly good. Personally, I hated the SUV and I’ll list the reasons below.

1. The key is a fob. I’m not a huge fan of these as they tend to be much larger than a metal key. My wife’s Camry has a fob and when you touch the door, it unlocks. On the Armada, it took me a while to realize that there is a button on the door handle you can press to unlock the doors. Most of the trip had me pulling the fob out of my pocket to unlock the doors.

2. Range Anxiety. I’m a motorcycle rider and I’m always paying attention to my fuel level. Motorcycles tend to have smaller tanks than cars and a lower overall range. The Armada got an abysmal 16.9 MPG during my 2,630 mile trip. I was constantly worried that I would run out of fuel. My 2004 minivan loaded with tons of gear during our family vacation this summer did better!

3. Adaptive Cruise Control. I swear I tried to like this feature. Using some form of radar, when you have the cruise control set, if you get too close to the vehicle in front of you, it’ll automatically slow down. In some cases, it’ll even brake to slow you down. This is great until you’re cruising along and then realize you’re now going 5 mph under the speed limit because the system crept up on another car and just started slowing down. Or when somebody cuts in front of you, it’ll stiffly apply the brakes to slow you down.

4. Climate Control. When the HVAC system is set on automatic, it doesn’t seem to have any consistency. My wife’s Camry also has this feature which works perfectly. The Armada will speed up and slow down randomly. If its on manual mode where you can set the fan speed and temperature, the fan speed would again change randomly even though I picked my settings. If you turn the vehicle off and back on again (see point 2 for lots of gas stops), it seemed to  pick a new random setting that had to be adjusted again.

5. Rough Idle. When the Armada is warmed up and sitting at a stop light, the engine idle is rough. For a vehicle that is supposed to be refined (expensive), I only want to know the motor is there when its pushing me back in my seat from acceleration. At idle, I didn’t have confidence that it wouldn’t just die on me. Note that the vehicle had just over seven thousand miles on it when I returned it to the rental company.

6. Its too big. Driving in the northwestern United States, you experience higher speed limits and lots of BUGS. Every gas stop required me to manually wash the windshield. I’m 6 feet tall and had some issue reaching over to clean the windscreen at stops. Additionally there were tons of sensors for backing up and going forwards. If you need these, its probably too big!

7. Buttons everywhere. I’m a fan of driving, but I hate all of the extra buttons they put in higher end vehicles today. I don’t use most of them. 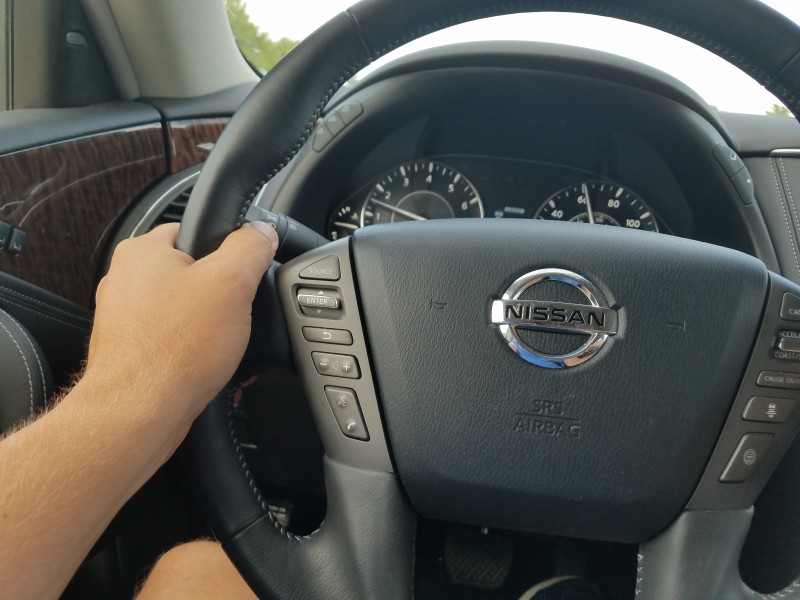 If you hate driving and the environment, the Nissan Armada is for you. Just based on the fuel economy alone, Nissan should be embarrassed to have produced this vehicle. Before I rented this, I had some vague thoughts of replacing my minivan with a SUV. After this experience, not a chance. Its huge, but has less room inside.