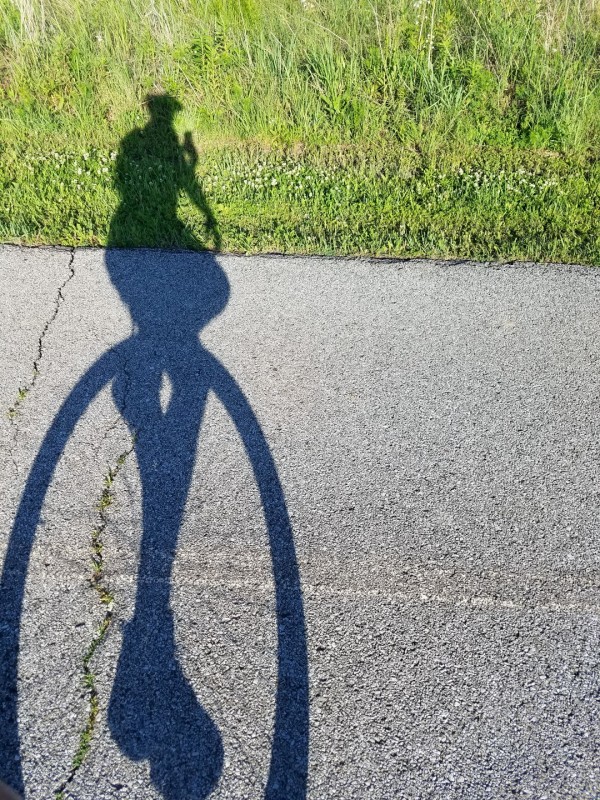 We decided to have a family bike trip. OK, Corvin was not there, but Danelle and Sonora were. I picked Cliff cave cause it has a nice flat lower section and though it would be nice and easy for all of us.

The first thing I noticed when I came into the park was that it was under construction. It was always a bit dangerous, but that was part of the excitement for going there. I didn’t get any photos cause I was driving and was in shock at all of the trees that were cleared. The cliff part that was always just fine was now labeled as unsafe/no trespassing.

Enough of the bad stuff. It didn’t take long during the ride to realize that we may not be able to go very far, the recent flooding left the park with lots of water in various places that would normally be dry. 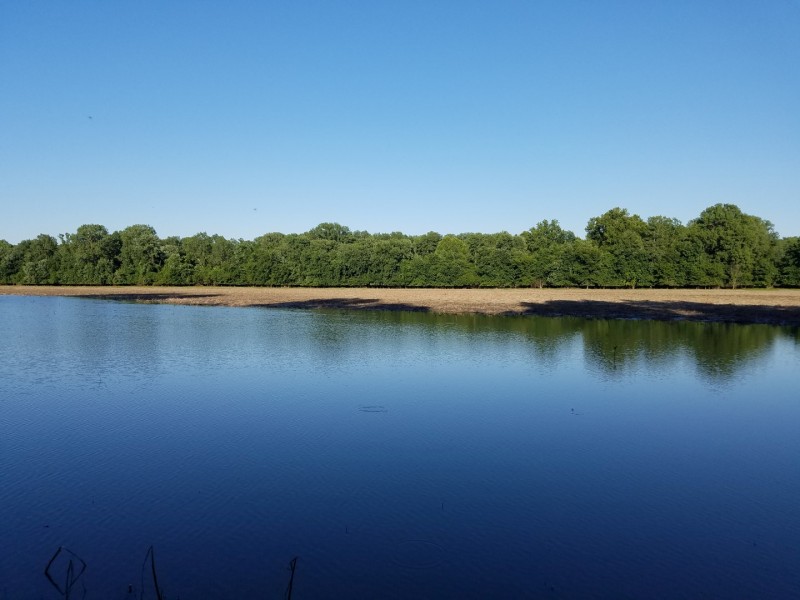 In the photo above, there is a clear line in the trees showing how high the water had been during the recent flooding.

I’m working on my unicycle skills, so I decided to ride in harder mud filled areas of the trail to get better. They say if you’re not falling, you’re not getting better. So maybe I’m better? 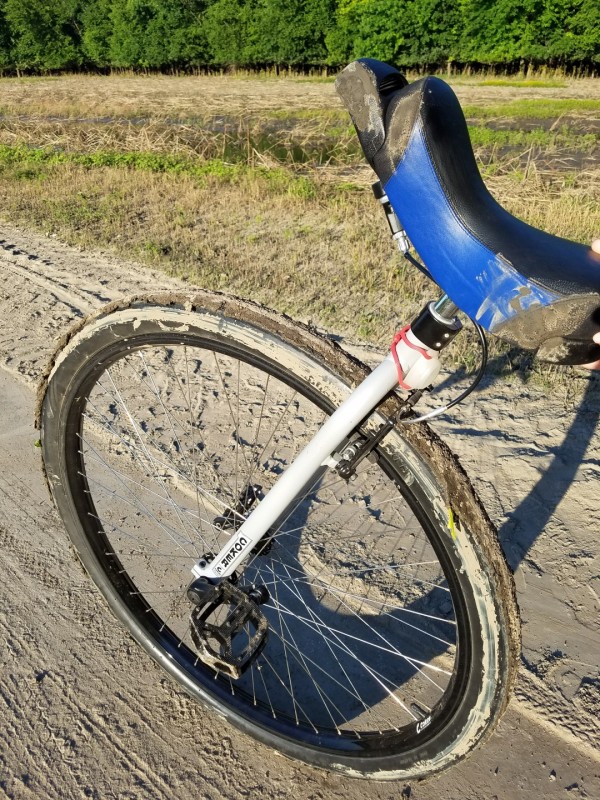