My job involves a lot of science, a lot of learning, and a lot of teaching. On this weekend, Hannah G and I traveled to the Urban Stream Research Center at the Blackwell Forest Preserve in Warrenville, Illinois, for a bit of all three. (Warrenville is “in Chicago” the way Webster Groves or Chesterfield is “in St. Louis”) The main purpose of our trip was to teach a group of volunteers how to monitor in streams for freshwater mussels (like we do with our friends in the Sangamon River). This trip, I had the added bonus of being with Hannah in the area where she grew up. We even met with her parents and sister for dinner the night before our training session!

We got to the Urban Stream Research Center early to set up our equipment and have a look at the stream on site. For an urban stream, it actually looks pretty good! 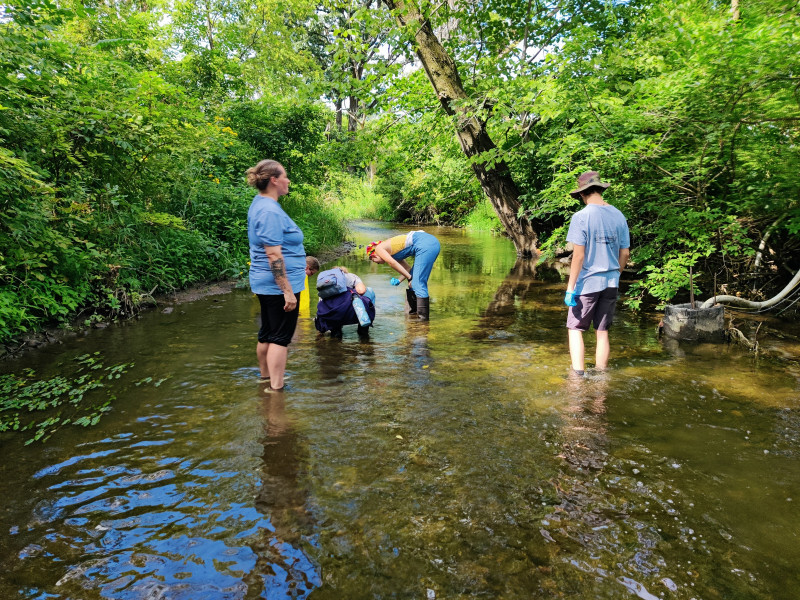 During the morning, we taught the participants about the mussels, including interesting information about their biology (they don’t have eyes or legs, but the have a foot) and how to identify the species that live in Illinois. In the afternoon, we took it outside to try our hands at collecting mussels in the stream!

We found lots of mussel shells, mostly white heelsplitters. They are called heelsplitters because they have a sharp-ish ‘wing’ that points up when they bury themselves in the stream bed. The picture below isn’t a white heelsplitter and it wasn’t from our training day, but it gives a pretty good example of the wing and how sharp it can be. 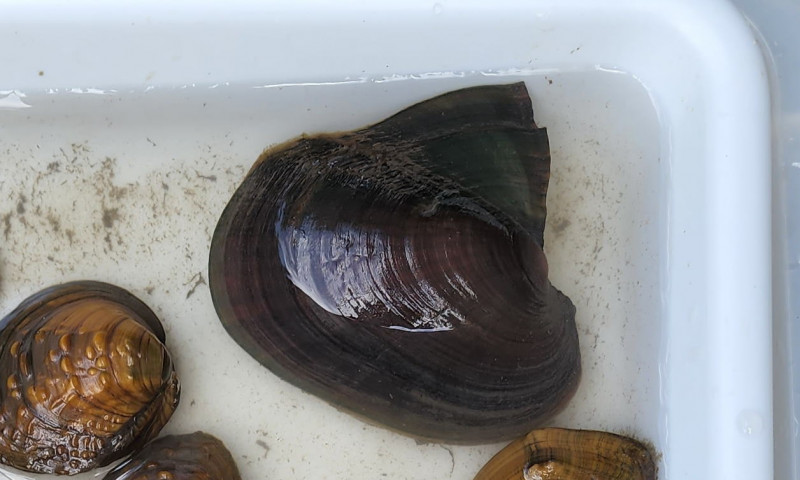 After about 30 minutes of searching in the stream, we didn’t find any living mussels. But it wasn’t all bad news – we did find shells that were from recently dead animals (within the past few months) of two different species. This means that there are probably still live mussels in there, but that we just didn’t find them.

After the training part of the day was over, we were given a tour of the mussel propagation facility of the Urban Stream Research Center. This is where they bring breeding mussels of certain species, raise the babies for a couple of years, and release them back into the wild to help in the recovery of populations. They start by having male and female mussels close enough that they are able to breed. The females release the glochidia (tiny baby mussels) into the water where they attach onto the gills of host fish. Most mussel species have only a couple of fish species that they can match with. 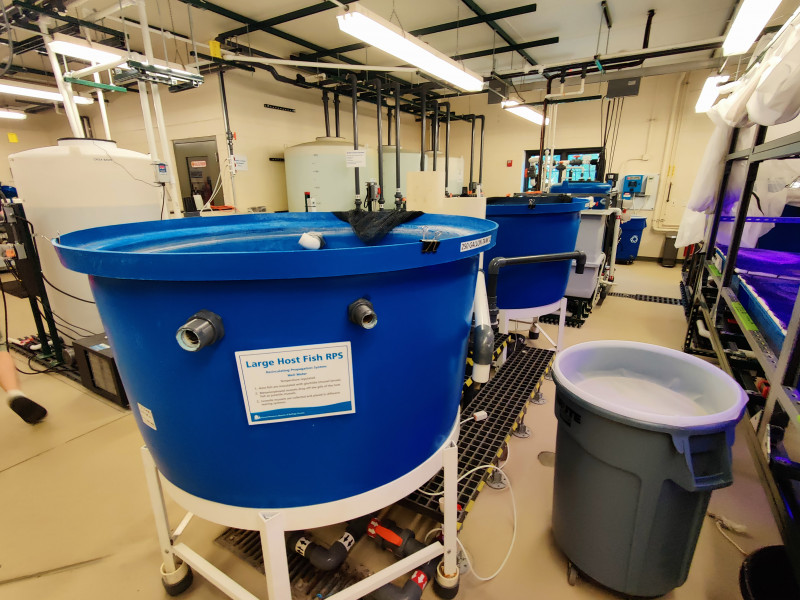 The glochidia drop off of the host fish after a couple of months and are collected and put into special growth chambers with flowing water and lots of food. 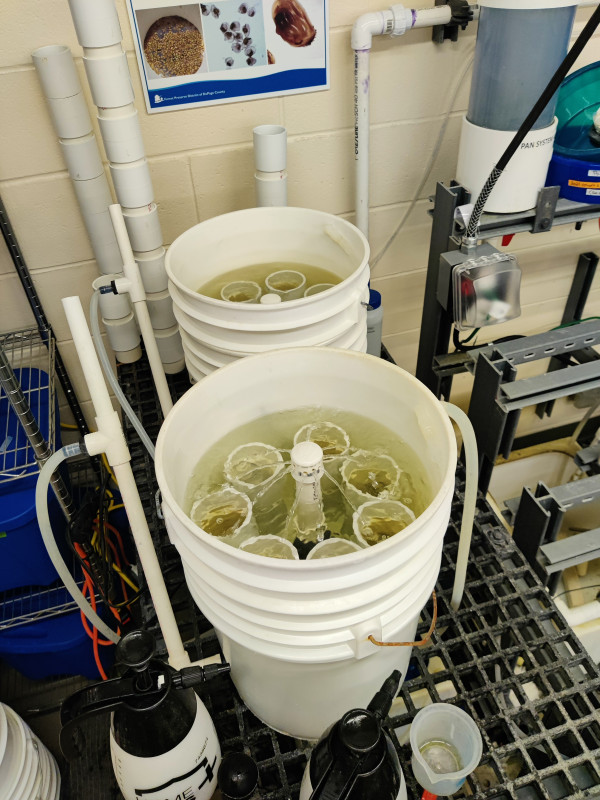 After a year or so inside, the young mussels are taken outside in special floating baskets where they become acclimatized to living in more natural conditions before being released to their new home in the wild. 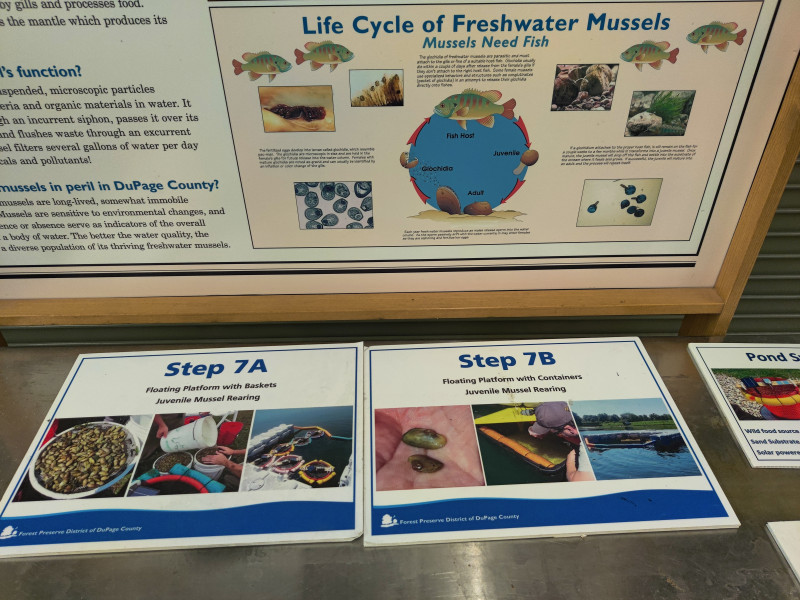 Their operation in one-of-a-kind in Illinois. I’d love for NGRREC or one of our partners to start something similar in the St. Louis area! There are a lot of mussel species that could use the help in getting back on their feet.

On the drive home, we happened to be going through Lincoln, IL, as the hot air balloons were launching for the Balloons Over 66 event. It was a fun surprise and a great way to end the day! 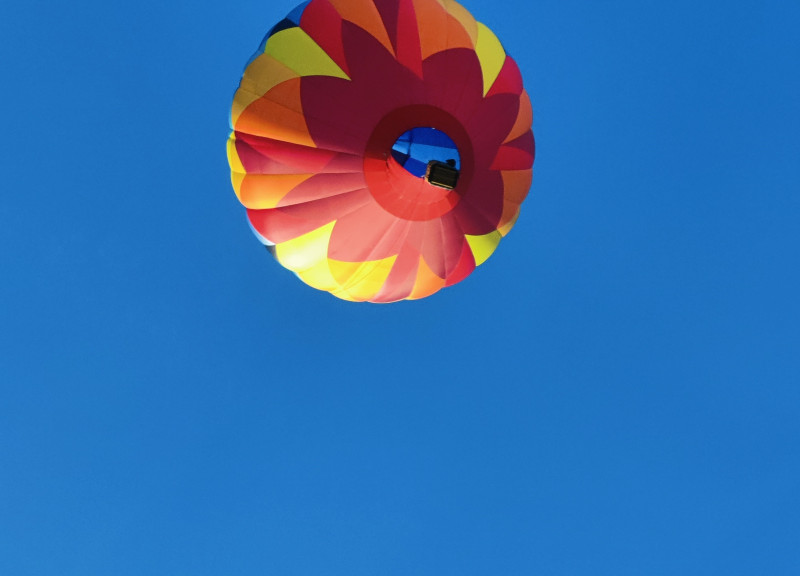 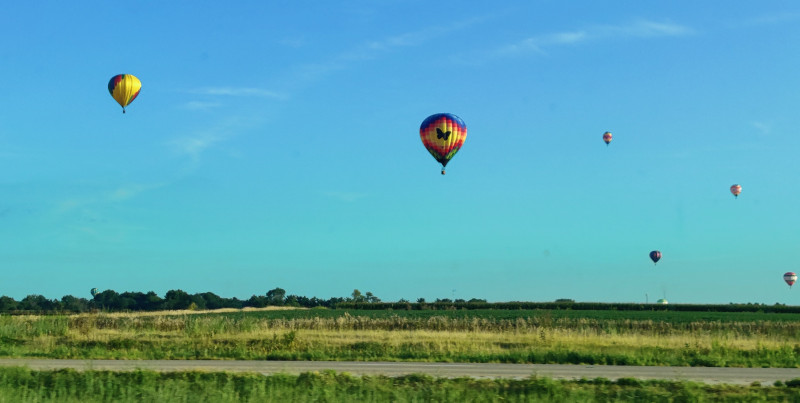 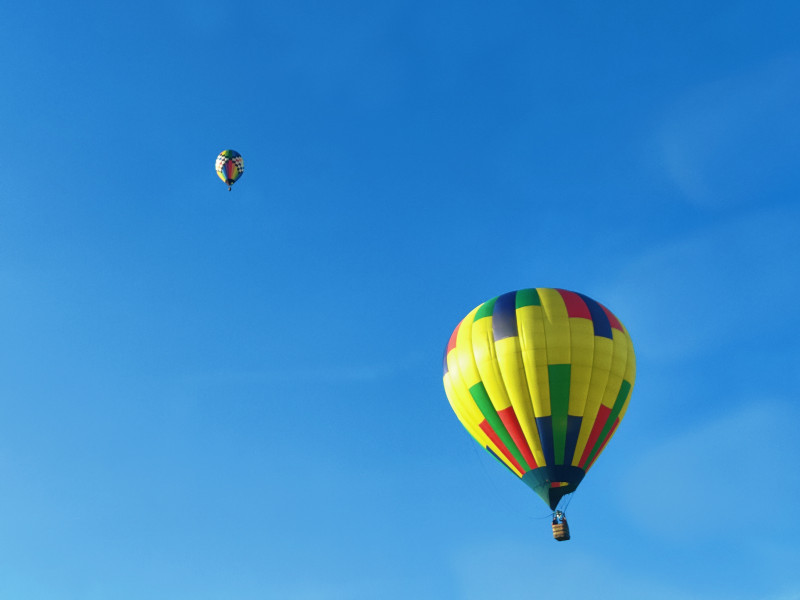