In July of 2008, my brother Henry and I participated in the Missouri River 340 mile canoe race. We completed this race in a 14′ Mad River canoe that was build for fishing. After we completed the race, we said that we would never do it again. However, we quickly realized that we did want to do it again, but in a better boat. Henry and I each decided to build our own boat. I worked on a nearly 20′ carbon fiber boat while Henry worked on a 17′ wood strip boat. In the end, we used my carbon boat. Henry build his boat in his high school shop class. For his first boat with limited access to work on it, he did an amazing job. There were minor issues of small water leaks that could have been easily fixed, but the boat had a few other issues. During its only ever test run in the water, the boat was so tippy, that the occupants could not stay afloat for more than 30 seconds without tipping. Upon a second try with just one person kneeling for better balance, the boat had a very serious tendency to turn right.

So Henry’s boat has been sitting in my parents backyard since early 2009. I asked Henry in the spring if I could take it back to St. Louis and turn it into bookshelves. Henry had to think about it, but in the end agreed that it was the best use of the boat. While I have not finished working on the boat, this album represents the start of the transformation of the boat into a piece of furniture. Its going to look amazing.

The plan is to turn the boat into two bookshelves, one for Henry, and one for me. 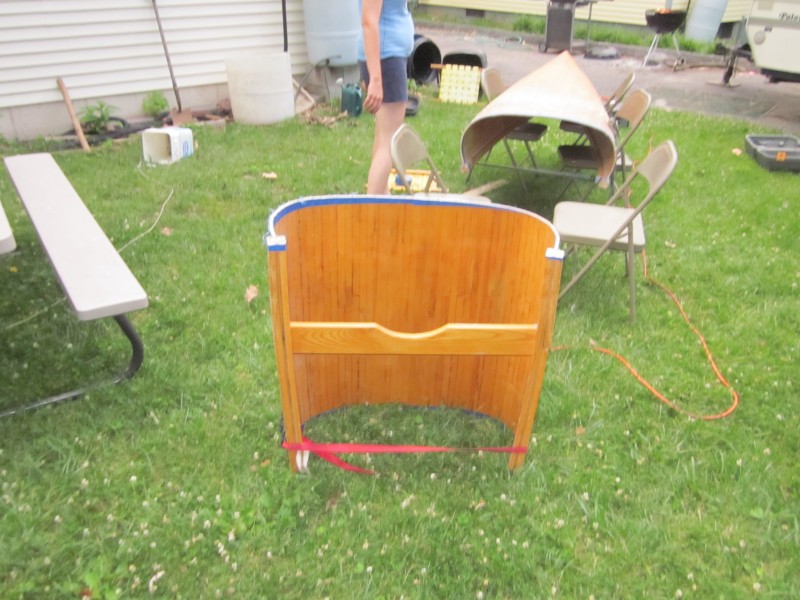 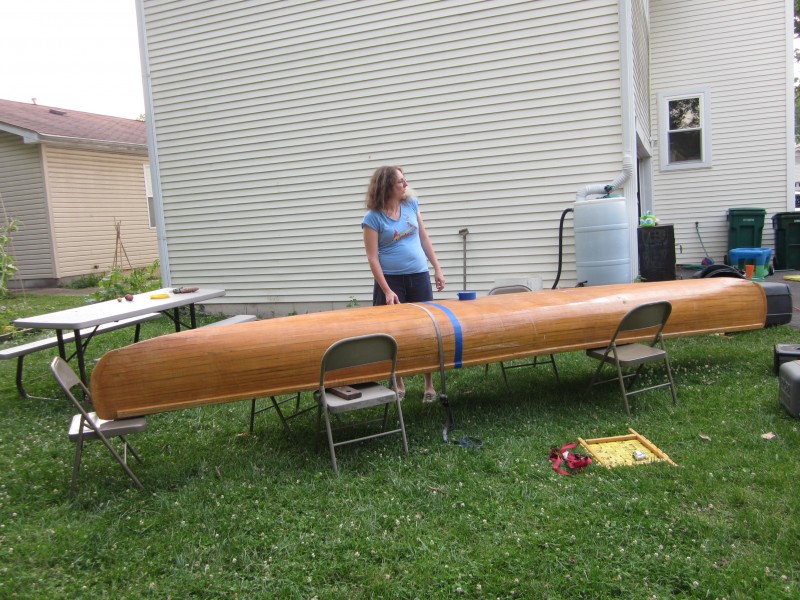 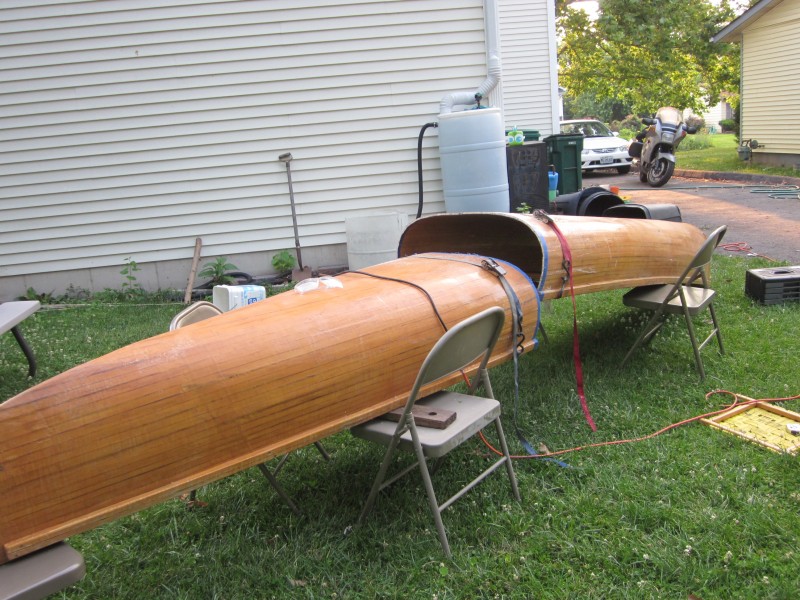