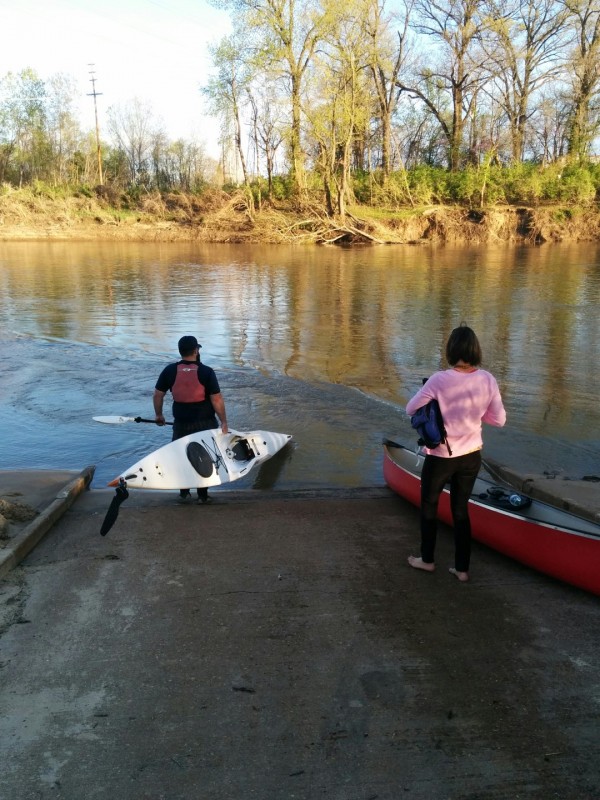 I’m a bad man. It was time for the Sunset Race and I decided to take our new boat out. Danelle won the boat in a raffle, but has never paddled it. The boat was sitting out in the yard and seemed as easy as any to pack up and take out. 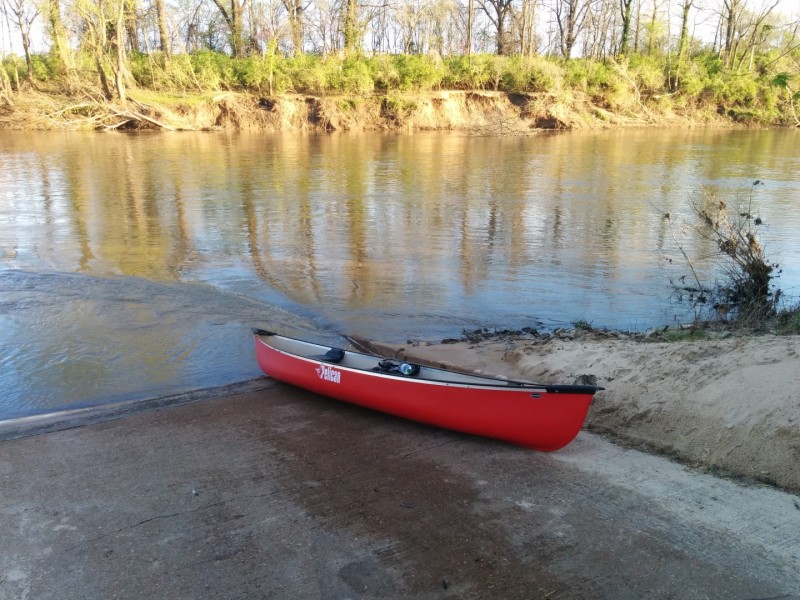 The race was a two boat affair including Dan Prater in his Epic V7.

It didn’t take Dan long to pull away from us in his fast boat. So we continued upstream in a slow and steady pace. Hugging the shore to maximize our effort, we came across a drainage thing that was full of wood. I reached in and pulled a few pieces out before Jo suggested there could be an animal in there waiting to get out. It was comical how quickly I pulled away and abandoned trying to help. 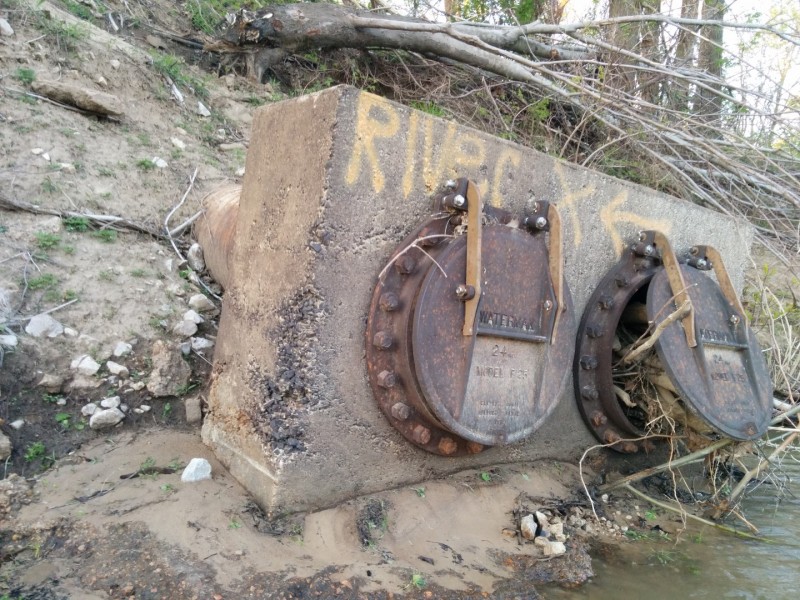 We also came upon a strange green ground that we didn’t understand. So we photographed it to ask questions later. 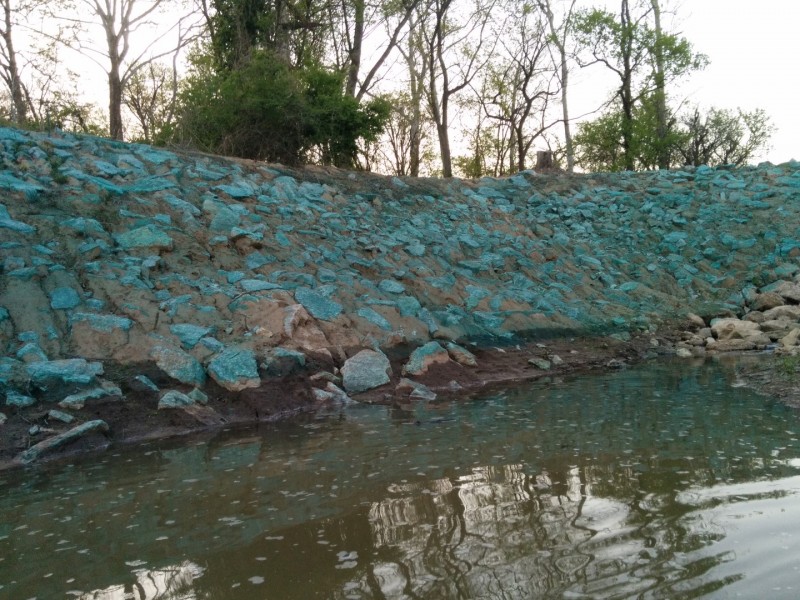 Danelle let us know it was for reseeding the area in an attempt to prevent erosion. Overall a great paddle and we enjoyed it getting warmer outside!